THE TURKEY, THE TAPESTRY, AND SOME FOWL PLAY IN THE CATHEDRAL! 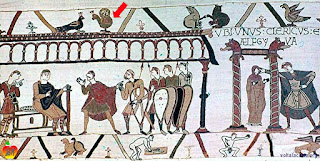 Section of the Bayeux Tapestry depicting the alleged turkey (red-arrowed, in top border, left of centre), with a blue peacock to its immediate left - click picture to enlarge it (public domain)

Welcome to ShukerNature's contribution to the festive season, as the focus of this present article of mine is that most archetypal of Christmas avians, the turkey.

Although today they are familiar in domestic form throughout the world, turkeys are native New Worlders. Two species are recognised - the ocellated turkey Agriocharis ocellata, which is confined to Central America; and the common or North American turkey Meleagris gallopavo, which in the wild state occurs in the southeastern U.S.A. and Mexico. The domestic turkeys nowadays raised throughout the western world are descended from a southern Mexican subspecies of the common turkey, which first became known to Europeans when the Spanish conquistadors invaded Mexico during the first half of the 1500s, discovered domestic turkeys maintained by the Aztecs there, and brought some back with them to Spain. That is the official history of the turkey's arrival in the Old World, but there is a mystifying anachronism on record that offers up a very different scenario for consideration.

Measuring almost 230 ft long and 20 in tall, the Bayeux Tapestry, embroidered in southern England between 1066 and 1077, depicts in great detail the events leading up to the Norman invasion of England and the Battle of Hastings in 1066, and as such it is a highly significant historical document. This is why, therefore, one of the birds portrayed in the rows of creatures decorating the tapestry's borders has attracted appreciable historical (as well as cryptozoological) attention - because it bears somewhat of a resemblance to a turkey. Yet accepted history dictates that turkeys did not reach European shores from the New World for almost another 500 years. 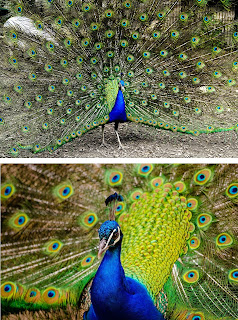 Blue peacock with ornamental train fully expanded and displayed (public domain); and a close-up of its head, revealing its characteristic crest of racquet-tipped plumes (public domain)

Some historians have sought to reconcile this chronological discrepancy by claiming that the bird in question is not an accurate portrait of a turkey but is merely a poor depiction of a male blue peafowl Pavo cristatus (i.e. a peacock), which was certainly a popular dish, especially among the wealthy, in Europe at the time of the Bayeux Tapestry's creation (and for several subsequent centuries too).

Others, conversely, have boldly suggested that if the Vikings did indeed reach North America during the early years of the 11th Century AD, i.e. several centuries before Christopher Columbus (not to mention the Spanish conquistadors), perhaps they returned to Europe with some turkeys. This would therefore explain how an exclusively New World bird could appear on the Bayeux Tapestry later that same century.


Having closely scrutinised this controversial depiction, I remain somewhat nonplussed concerning the bird's identity, as none of the options on offer seems wholly satisfying. 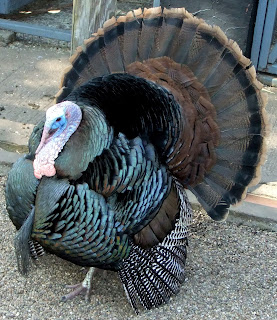 Certainly, its body and head appear burlier than those of a typical blue peacock, and its tail is more reminiscent of a male turkey's when outsplayed than the disproportionately huge, arching train of a blue peacock. There is even a degree of similarity to the adult male of the capercaillie Tetrao urogallus, Europe's largest species of grouse, which existed in Britain at the time of the Norman Conquest (centuries later it became extinct here but has been successfully reintroduced into Scotland).

Yet the Bayeux mystery bird's head bears the blue peafowl's characteristic crest of racquet-tipped plumes – conspicuous only by their absence in turkeys and capercaillies (the latter species is also much darker than the Bayeux bird) – unless this feature was mistakenly added by the Bayeux illustrator, basing his depiction perhaps upon a faulty verbal description influenced by a peacock's morphology rather than upon firsthand sight of a turkey? By the same token, was it simply meant to represent a peahen, thus explaining the crest and also the pale, greyish plumage (typical for a peahen)? But if so, its large outsplayed tail would then be incorrect, unless once again the illustrator was not familiar with the finer points of such a bird's morphology and wrongly assumed that both peacock and peahen possess an extra-large train.


Or it might even represent an entirely fictitious, composite bird; after all, this elaborate tapestry contains a number of decidedly strange-looking creatures that seemingly owe little allegiance to the real world. 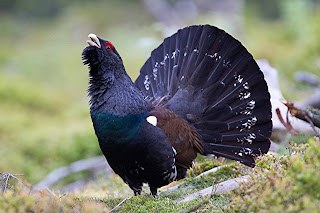 A further complication with the Bayeux case inadvertently stemmed from a short article by Maris Ross, published in London's Daily Mail newspaper on 31 August 1991, which briefly alluded to the turkey mystery. Accompanying Ross's article was a sketch prepared by one of the Daily Mail's resident cartoonists, Haro, depicting in his own distinctive, readily recognisable style an 11th-Century man with a turkey.

Amusingly, albeit regrettably, Haro's sketch has since been reproduced in more than one account of the alleged Bayeux turkey under the mistaken assumption that it is a direct representation of this bird as it is depicted in the tapestry!

Indeed, the late anomalies chronicler William Corliss even lamented in an article for the May-June 1992 issue of his Science Frontiers periodical that a specific search for this particular illustration within the Bayeux Tapestry had been conducted but had failed to find it – which is hardly surprising! In the January-February 1996 issue of this same periodical, Corliss revealed that via a personal communication of 2 November 1995, the person who had informed him about the vain search had been Erik Ringdal Sørensen. 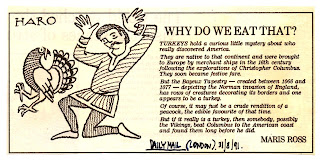 Notwithstanding such unfortunate confusion, the Bayeux turkey remains a valid mystery, whereas a second instance of controversial turkey depictions, featuring the infamous examples formerly decorating Schleswig's stately cathedral in Germany, was ultimately exposed as a turkey (or canard?) in every sense of the word!

The walls of Schleswig Cathedral in Germany are richly decorated with medieval murals. One of these, supposedly dating from around 1280, included a horizontal row of four unmistakable representations of a domestic turkey, complete with pendant beak wattle (snood), upraised fanned tail feathers, and large broad wings.

As with the Bayeux depiction, however, if these were genuine it would thus suggest that turkeys reached the Old World several centuries before their official arrival here with the conquistadors. 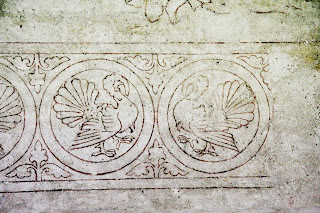 The accused in what became a truly sensational trial lasting from 10 August 1954 to 26 January 1955 was German painter Lother Malskat, who not only confessed to the charges brought against him, but also conceded that he was responsible for the Schleswig turkeys too!

Apparently, Malskat had been restoring some of the cathedral's original 13th-Century murals just prior to World War II, and while doing so he had spotted an outline that reminded him of a turkey - so he skilfully painted one into the mural, followed by three others, thereby yielding a distinctive horizontally-arranged quartet of these zoogeographically anomalous birds! 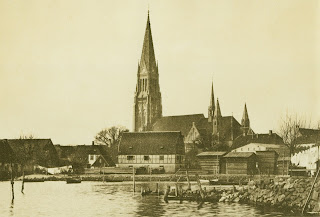 With the onset of the war, no-one had spotted Malskat's anachronistic additions straight away, so if it had not been for the forgery case, his turkeys may still have been perplexing scholars of art, zoology, and history even today. Instead, once his foul – or fowl! – play had been exposed there (which earned him a sentence of 18 months in jail), the turkeys were swiftly expunged from the cathedral's walls and more appropriate depictions painted in their stead by other, more reputable art restorers.

(For a very comprehensive and thoroughly fascinating Art & Antiques article from February 2012 by art historian Jonathan Keats documenting the extraordinary history behind Malskat's career and creations as an art forger, click here.)

As for the Bayeux mystery bird: if we are considering the prospect of an exotic species having been brought to England by early maritime explorers from some faraway native homeland several centuries before it had even been officially discovered in that land by western naturalists, there is one additional possibility that I have never previously seen put forward but which must surely be worth mulling over. Or, to put it another way: is it just me, or, if we ignore its crest, does the alleged Bayeux turkey look more than a little like a Mauritius dodo?? 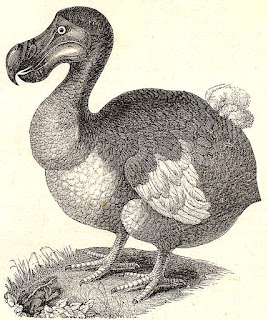 19th-Century engraving of the Mauritius dodo Raphus cucullatus, first officially recorded in 1598, by some Dutch sailors, and extinct by the end of the following century (public domain)

This ShukerNature blog article is an updated, expanded excerpt from my book Mysteries of Planet Earth: An Encyclopedia of the Inexplicable. 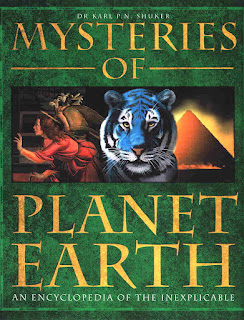