MOTTY AS AN ADULT? – IS THIS WHAT THE WORLD'S ONLY INTERGENERIC HYBRID ELEPHANT WOULD HAVE LOOKED LIKE HAD HE SURVIVED TO MATURITY? 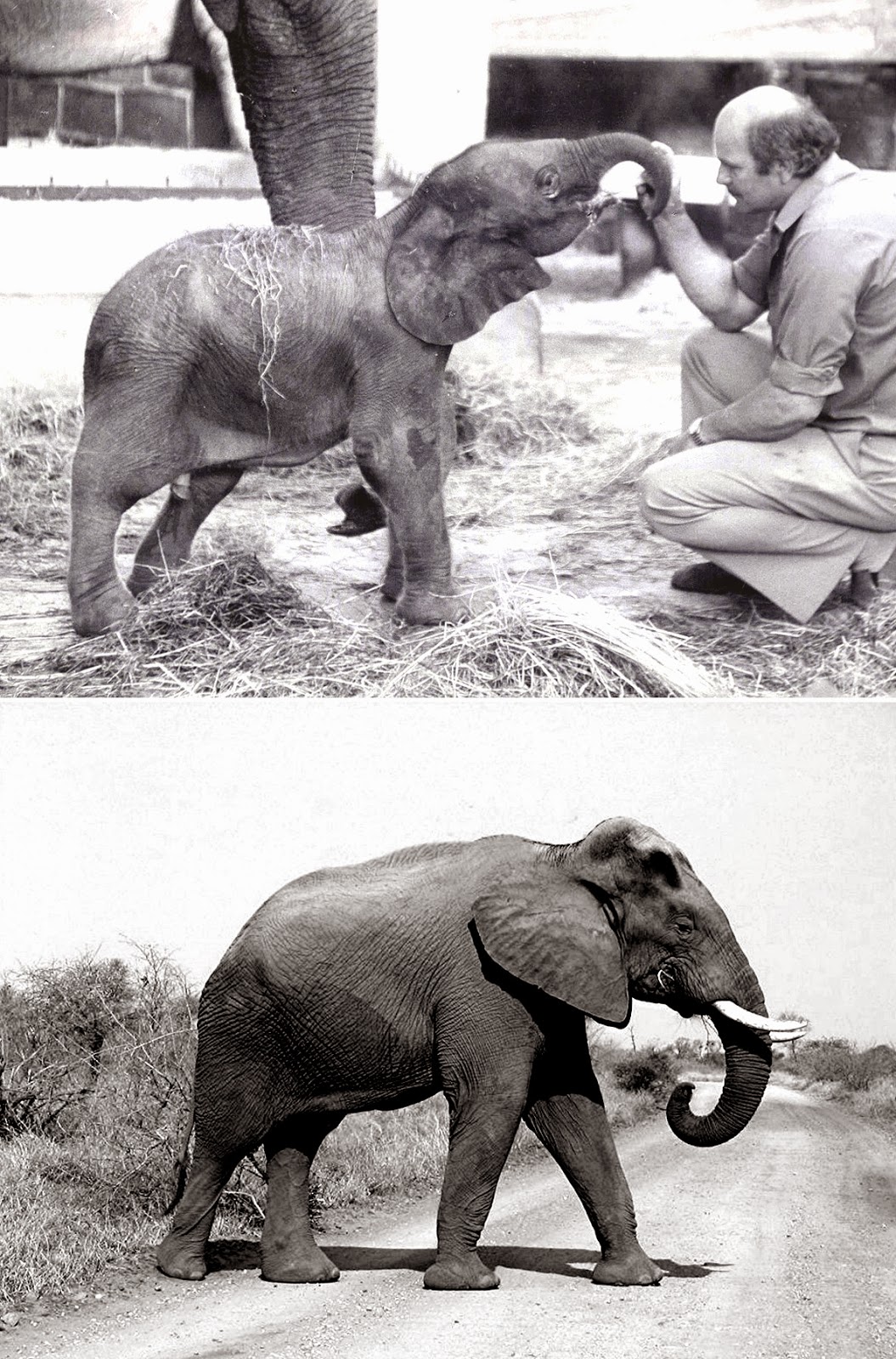 Motty as a calf (above) and a photo-manipulated image (below) of what he may have looked like had he survived to adulthood (photo courtesy of Derek G. Lyon/Chester Zoo; photo-manipulation by Paul Willison of public-domain photograph of adult bull African elephant)

For 11 days, a little elephant calf called Motty was the world's first (and remains its only) intergeneric hybrid elephant, resulting from an unanticipated mating between a male African elephant Loxodonta africana and a female Asian elephant Elephas maximus at Chester Zoo, England, in July 1978. In my previous ShukerNature article (click here), the second of two documenting this truly unique animal (click here for my first one), I mentioned that I had often wondered what Motty would have looked like if he had survived to maturity, and I mourned the fact that we shall never know. This is of course perfectly true, we can only speculate – but now, I'm delighted to reveal that such speculation has acquired an astonishing and thoroughly fascinating visual form.

Facebook friend and computer art enthusiast Paul Willison shares my interest in what the adult appearance of Motty might have been. Consequently, after reading both of my Motty articles and noting that in overall body form (especially with regard to his long slimmer legs and large triangular, pointed ears) Motty seemed somewhat closer to Loxodonta than Elephas, Paul used his photoshop skills to transform the adult bull African elephant present in each of two public-domain photographs into what may conceivably be accurate images of Motty as a fully-mature elephant. Paul utilised as his morphological guides the photographs of Motty as a calf that appear in my articles, plus my detailed verbal description of him, which was based in turn upon an official account of Motty prepared by Derek G. Lyon, who was Chester Zoo's chief veterinary surgeon at the time of this remarkable little elephant's existence there.

And here they are. 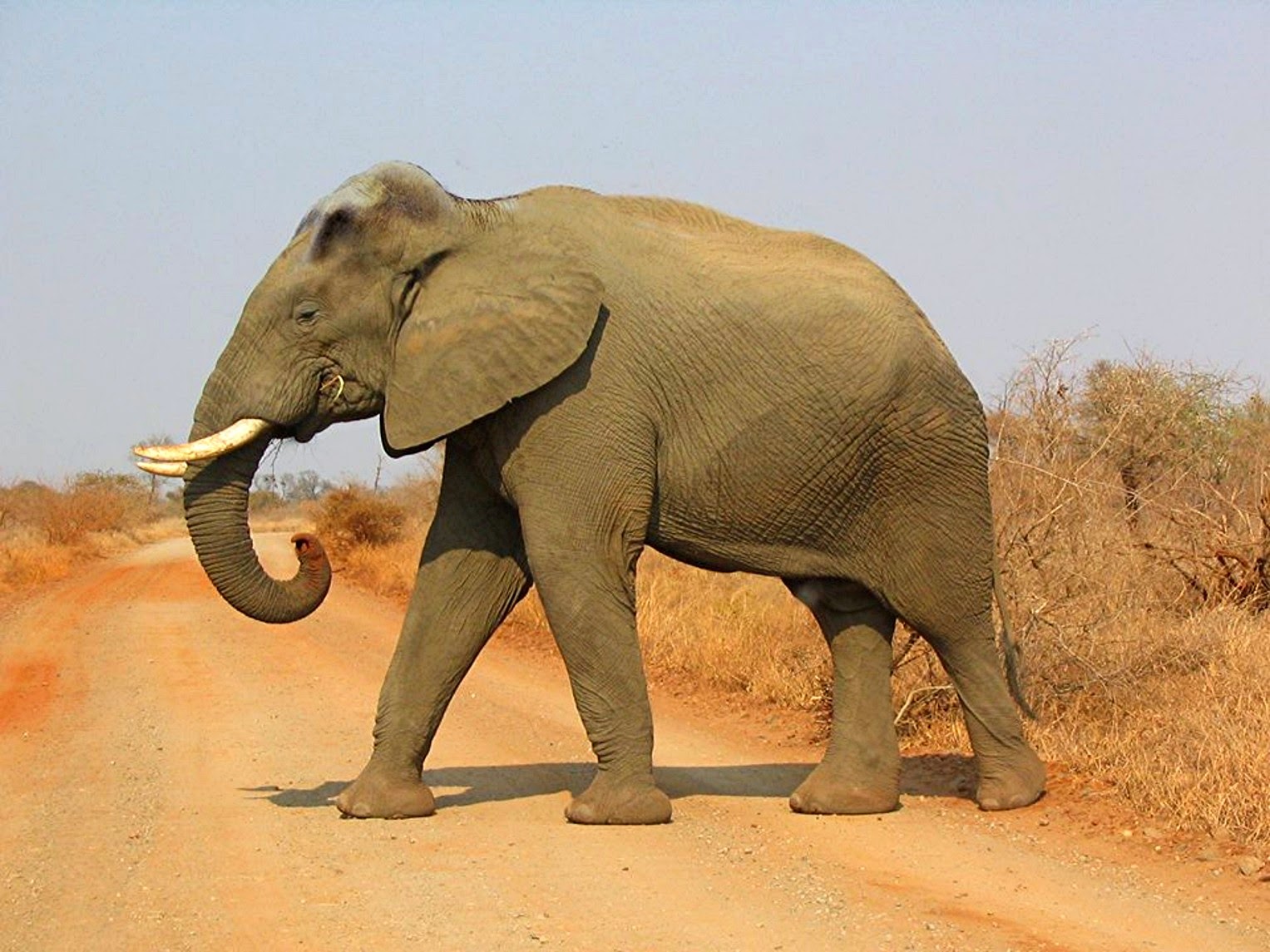 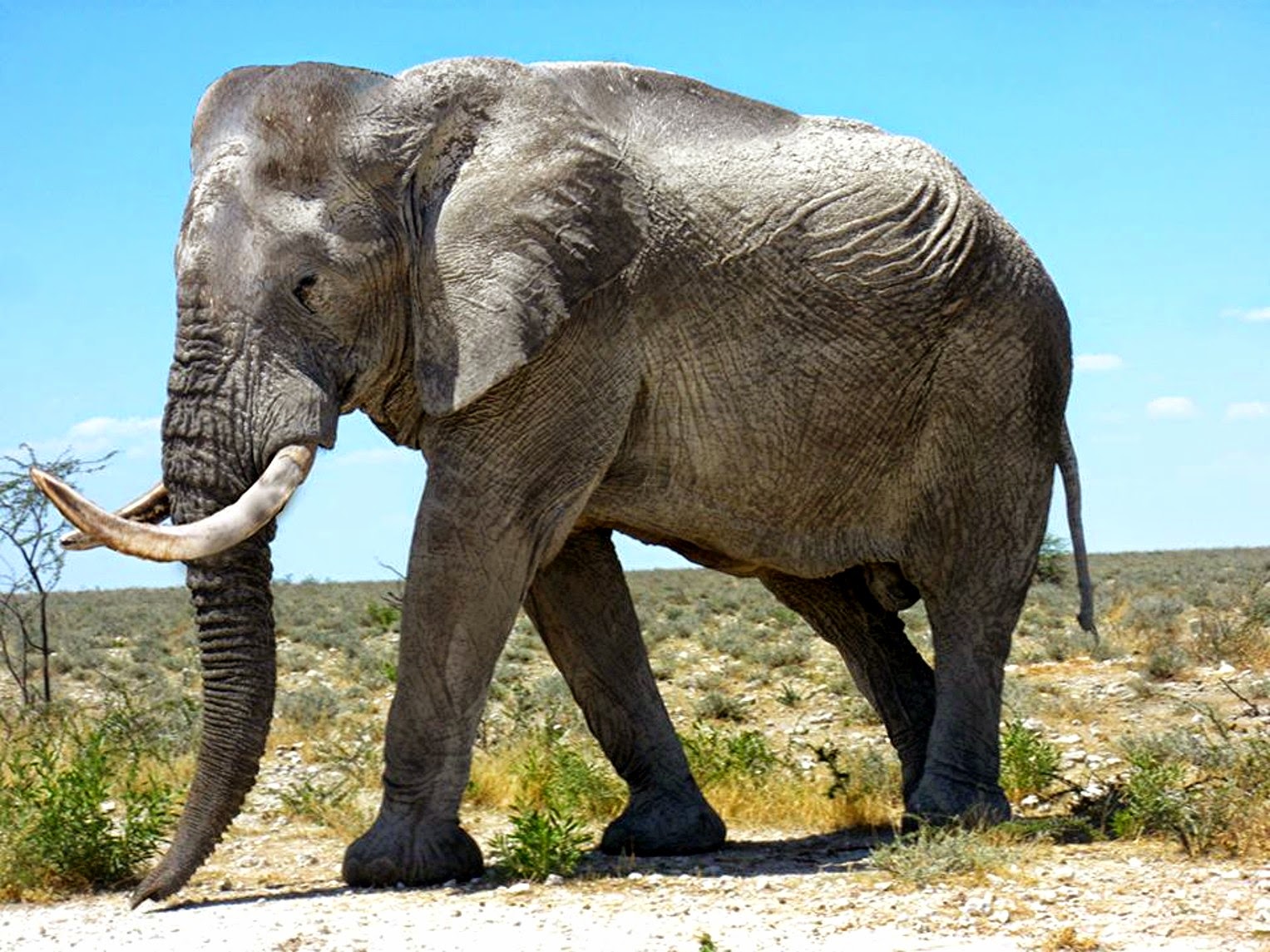 If these two photographs are directly compared with their respective original, non-photoshopped versions (see below), it can be readily seen how Motty's composite, intergeneric morphology might well have yielded when translated into adult form an elephant that looked dramatically different from any that had ever been seen before, one that was singularly imposing and impressive.

For although he is likely to have retained the overall stature and body proportions of his African elephant father as well as his single large frontal skull dome, Motty would also most probably have retained his paired posterior skull domes inherited from his Asian elephant mother, as well as her species' very distinctive convex back, greater number of toes per foot, and her single trunk-tip digit – features that do not occur in African elephants (the latter possess two trunk-tip digits). 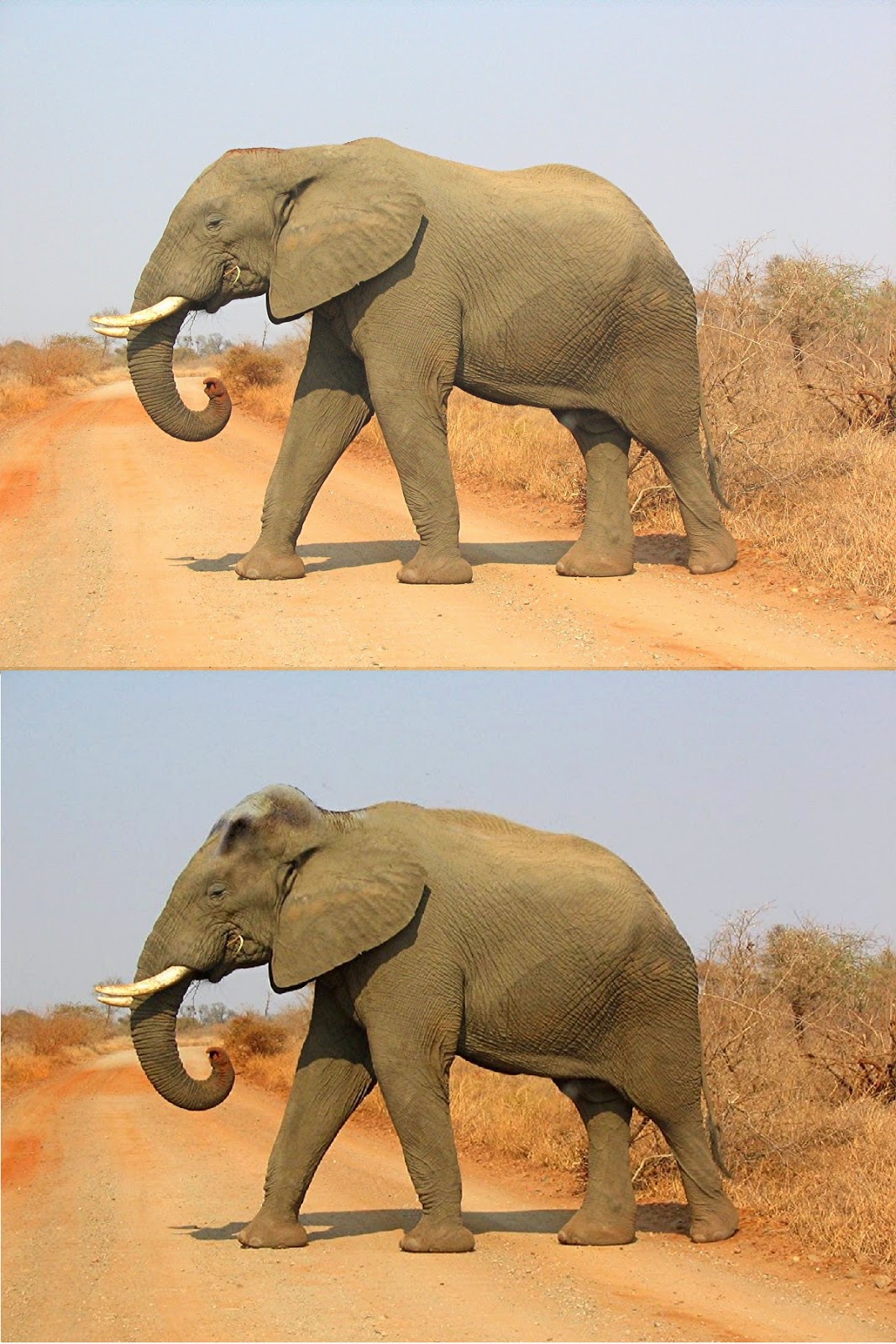 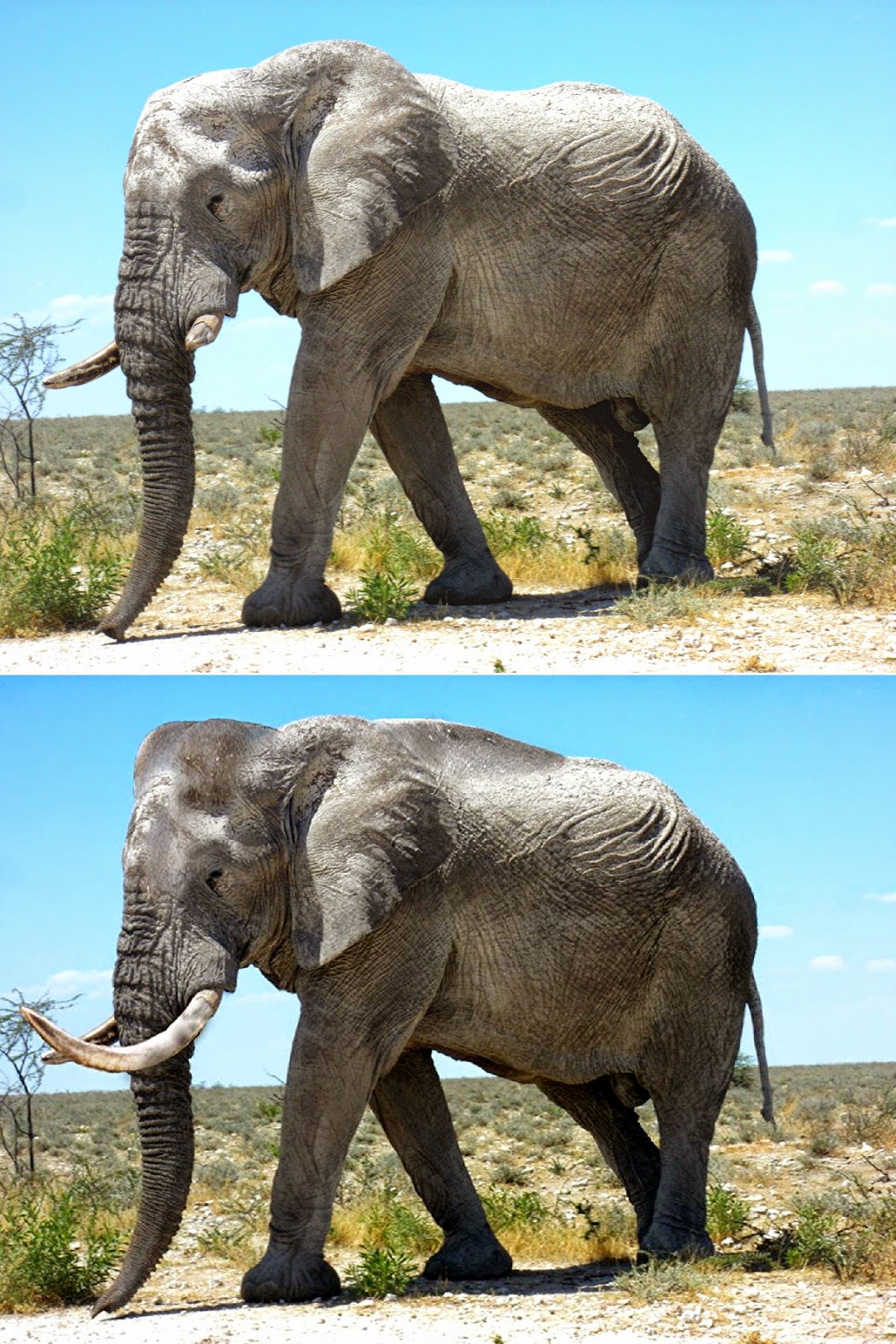 Nor is this the end of the story. As Paul swiftly recognised and brought to my own attention after completing his photo-manipulations, the resulting images predicting the possible adult appearance of Motty bear more than a passing resemblance (aside from shorter tusks and larger ears) to a certain proboscidean that is spectacularly different from anything alive today – nothing less, in fact, than the gargantuan Columbian mammoth Mammuthus columbi, one of the most awe-inspiring prehistoric mammals of all time.

Native to North America and traditionally believed to have become extinct around 12,500 years ago (but possibly a few millennia later, due to the existence of certain contentious fossil remains that have yielded more recent dates), adult males of this stupendous creature stood 13 ft tall at the shoulder, even overshadowing all but the most exceptional of today's African elephants. It also sported enormous tusks, almost 14 ft long in some instances.

Yet due to this species' very close taxonomic affinity to the woolly mammoth M. primigenius (indeed, DNA evidence suggests that the Jefferson mammoth M. jeffersonii of North America might actually have been a naturally-occurring hybrid of the Columbian mammoth and woolly mammoth), it may well have possessed characteristics recalling Elephas, because the woolly mammoth is certainly more closely related to the modern-day Asian elephant genus than to the African one. 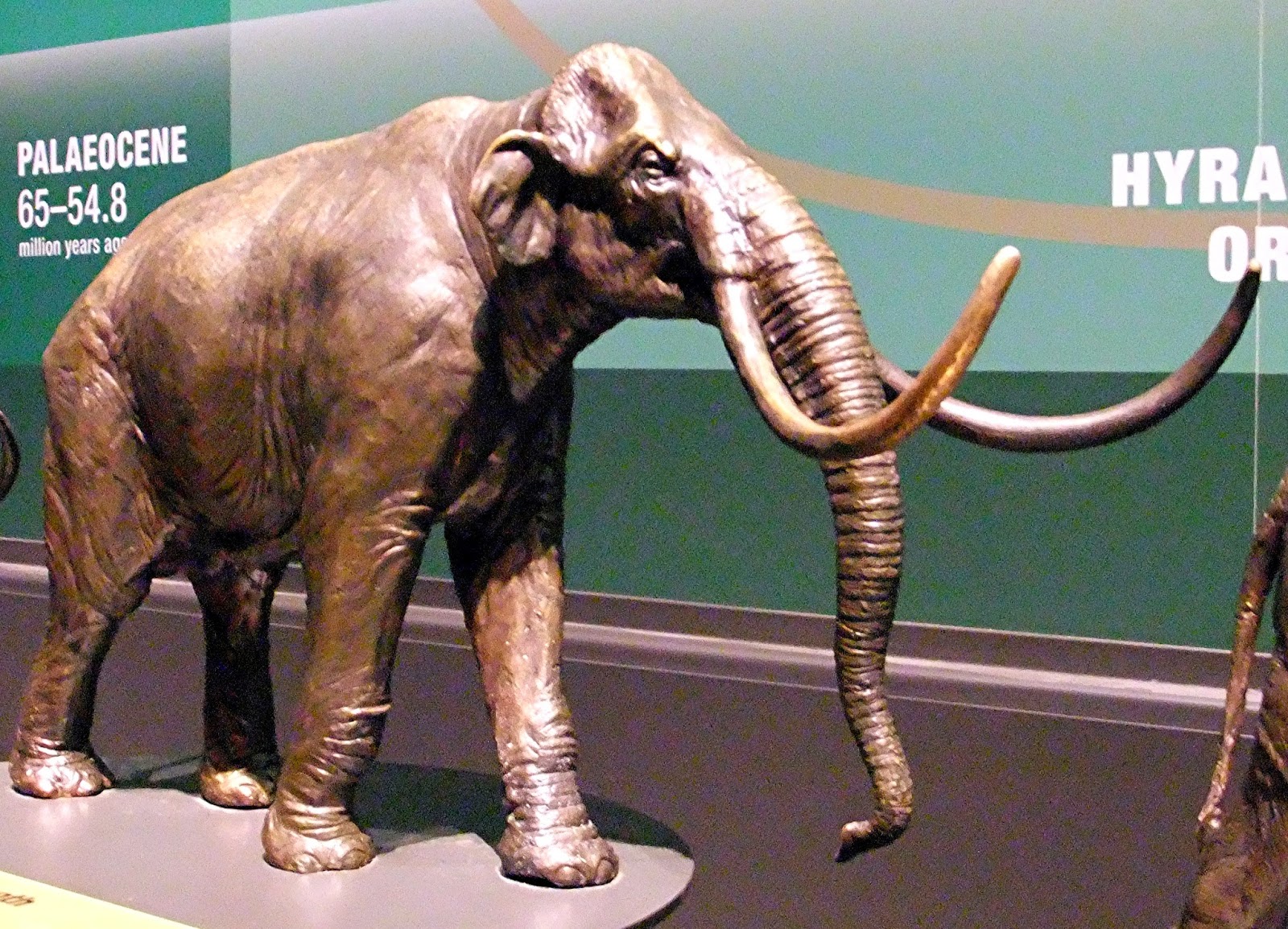 Also worthy of note here is that some mammalian hybrids, ligers (lion x tigress hybrids) being a well-known example, actually attain dimensions exceeding those achieved by both of their progenitor species. Is it possible, therefore, that an adult Motty might have surpassed even his African elephant father in stature, thereby providing yet another parallel with the mighty Columbian mammoth?

Of course, all of this is speculation – entertaining, certainly, but completely speculative nonetheless. Even so, perhaps we should not be too surprised after all to discover that Motty, a hybrid deftly combining the African elephant's basic build and proportions with the more specific idiosyncrasies of the Asian elephant, may in adulthood have superficially recalled the Columbian mammoth – a fascinating outcome that, if correct, makes his demise even more tragic than ever, our modern-day world possibly having lost the nearest morphological evocation of the majestic but long-bygone Columbian mammoth that anyone will ever see.

My sincere thanks to Paul Willison for so kindly preparing and making available to me for inclusion here the photo-manipulated images of Motty's possible adult appearace. 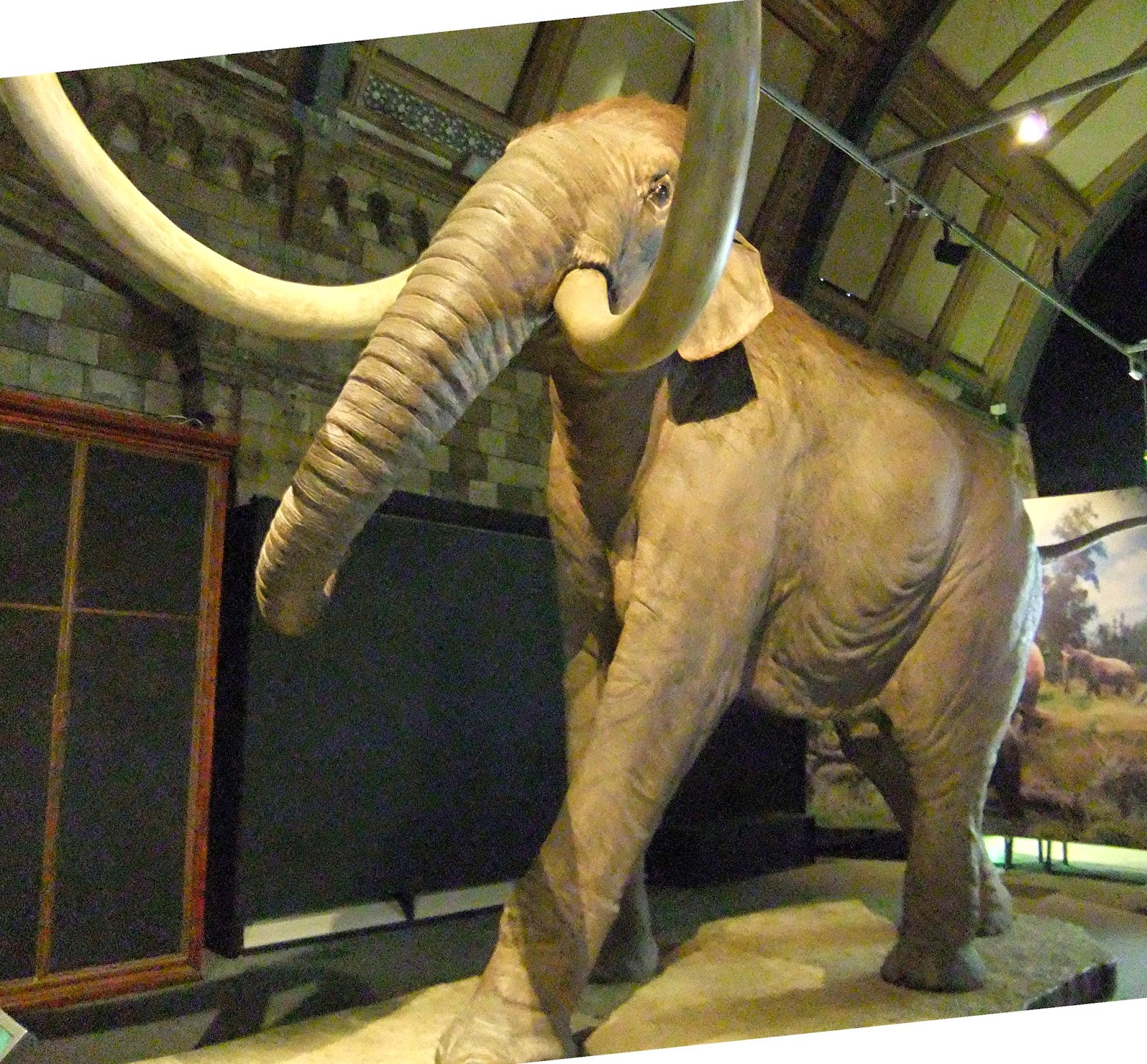