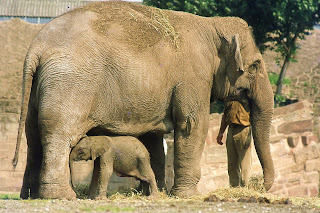 On 1 March 2011, I uploaded here on ShukerNature an expanded version of an article of mine that had previously been published by the British monthly magazine Fortean Times. It's not very often that an animal can truly be described as unique, but the subject of that article really was. Named Motty and born at Chester Zoo, England, on 11 July 1978, he was the world's one and only confirmed hybrid of an African elephant and an Asian elephant. And as these species are housed in separate genera, Motty was not only an interspecific hybrid, he was also an intergeneric one. In fact, prior to his highly unexpected birth, it was not thought possible that an offspring resulting from a mating between an African and an Asian elephant could even occur – but Motty's arrival proved everyone wrong. 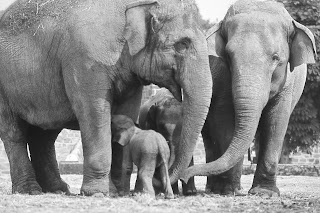 Tragically, however, this very surprising little newcomer died only 11 days after being born, and in spite of his extraordinary identity Motty was all but forgotten for many years thereafter – until, that is, my article (the most detailed account of Motty ever published) restored him very deservedly to public attention and piqued the interest of entirely new generations of readers. Moreover, as a result of my article's level of popularity, various readers sent to me extra information concerning Motty and also several additional photographs of him, none of which had previously been made public, as well as some remarkable visual reconstructions of what he may have looked like had he survived into maturity, all of which I duly posted in a couple of follow-up ShukerNature articles (click here and here to view them). 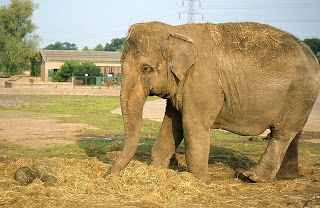 Now, I am delighted to say that after perusing those articles of mine, a further reader contacted me on 16 and 17 January 2020 to share with me (and also, very kindly, to permit me to share here with you) some more Motty photographs, again previously unseen and therefore making their public debut here. The reader in question is Dave Haynes, who was a keeper at Chester Zoo during Motty's all-too-brief life, and who not only recalled seeing him but also snapped some photos of him with his Asian elephant mother, Sheba. So here, by kind permission of Dave, are his photographs, offering new and very precious visual insights into the little miracle that was Motty. 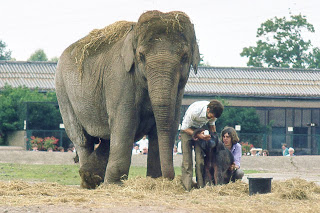 All five photographs here are reproduced courtesy of their owner and copyright holder, Dave Haynes – thank you so much, Dave! 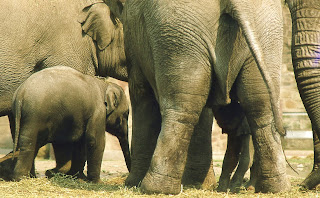