THE RETURN OF MOTTY, THE MIRACLE HYBRID ELEPHANT - UNVEILING SOME NEVER-BEFORE-SEEN PHOTOGRAPHS OF HIM! 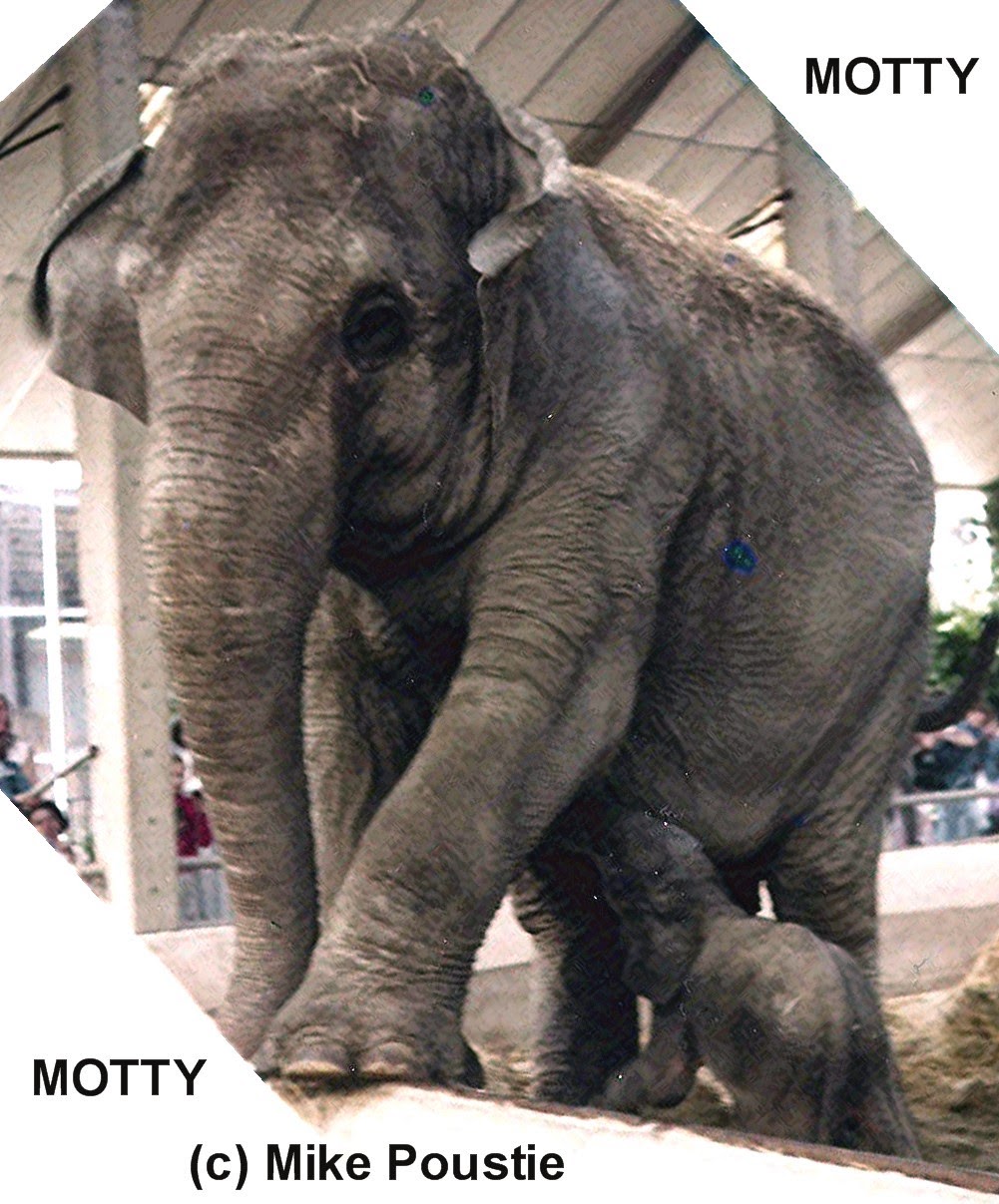 In an earlier ShukerNature article (click here). I documented the birth and tragically-short but zoologically-immortal, never-to-be-forgotten life of a truly unique animal – a little elephant called Motty. He has been referred to as the miracle elephant, and for good reason, because he was something that science had previously rejected as an outright impossibility – a hybrid between an African elephant Loxodonta africana (Motty's father) and an Asian elephant Elephas maximus (Motty's mother). No intergeneric elephant hybrid had ever been recorded before, and none has since, and almost certainly never will be ever again.

Motty was born at Chester Zoo, England, on 11 July 1978, but his arrival was totally unanticipated by everyone at the zoo, because although a male African elephant was being maintained together with some female Asian elephants there and had been seen mating with them, no-one had expected any offspring to result from such liaisons, because the genetic differences between the two genera that the African and Asian elephants respectively represent were deemed too great for such an event to occur. But somehow, incredibly, an offspring did result – Motty. Sadly, however, just 10 days after his zoologically historic birth, little Motty died, and a post-mortem revealed that he had been suffering from an unsuspected outbreak of necrotic enterocolitis plus E. coli septicaemia.

Motty was subsequently preserved as a taxiderm specimen and has been held ever since in the vast stores of London's Natural History Museum, but he has never been publicly displayed, which is a great shame, because such an extraordinary animal would surely attract considerable attention and interest. 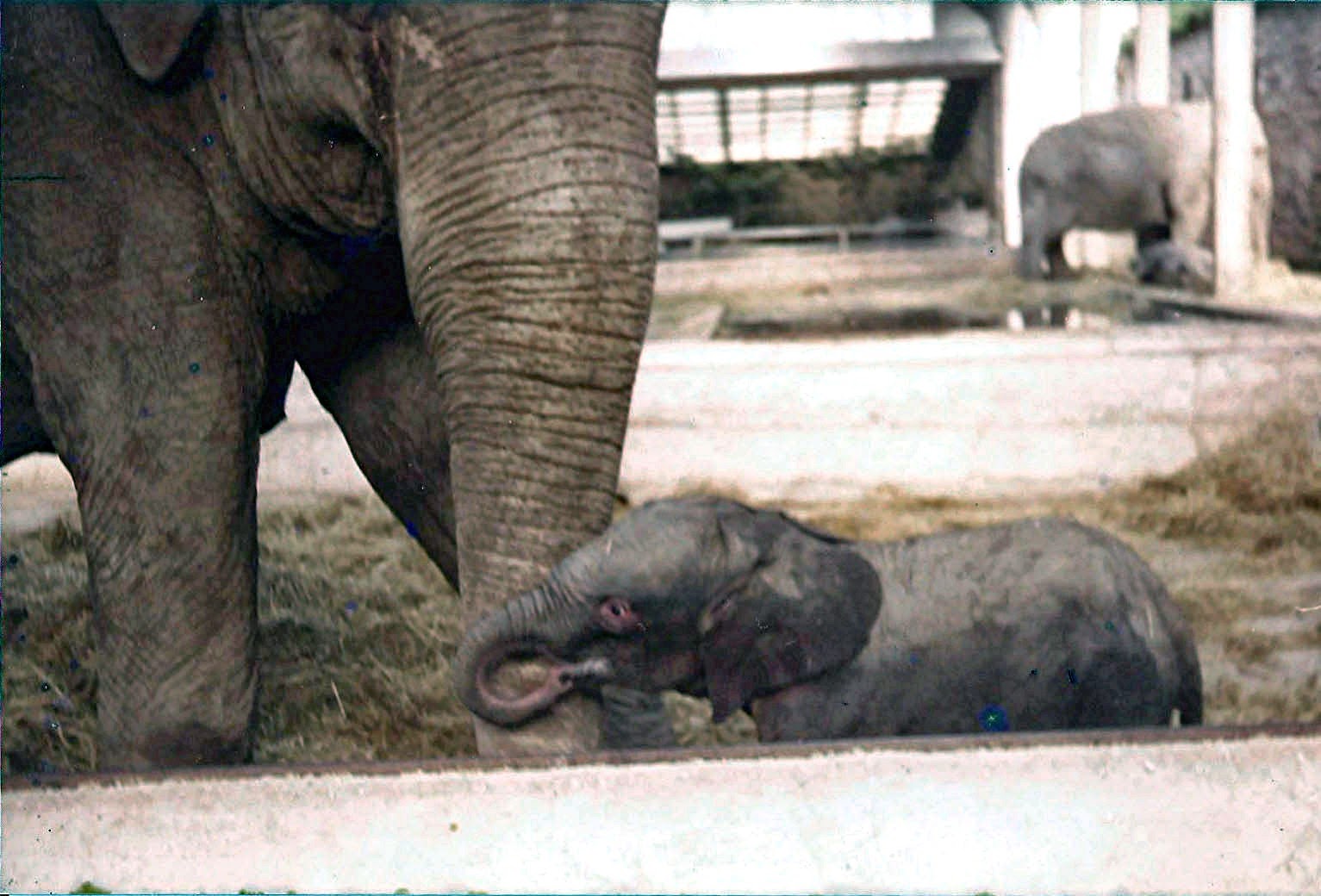 Due to his all-too-brief existence, very few images of Motty exist. However, he was photographed by Derek G. Lyon, who was Chester Zoo's chief veterinary surgeon at that time, and Derek has very kindly made his photos of Motty available to me to incorporate in any of my writings. Some of these pictures were duly included, therefore, in my previous Motty article on ShukerNature. As seen when viewing them (click here), they readily reveal the complex intermingling of morphological characteristics drawn from Motty's two very different progenitor species and embodied in his own singular appearance.

Now, moreover, I am delighted and very excited to announce that some additional Motty photographs have been brought to my attention – photos that have never previously been seen in public, but which, once again, have very kindly been made available to me by their owner for inclusion in my writings.

On 24 May 2013, a reader who identified himself only as Chris posted a short message beneath my original Motty article on ShukerNature informing me that he had actually seen Motty alive during a visit to Chester Zoo in mid-July 1978 with his father and brother when he was 6 years old, and that his father had snapped some colour photos of Motty. Chris promised to scan and email the photos to me if I'd like to see them. I swiftly confirmed that I would definitely like to see them, and on 3 January 2015 Chris sent them to me, revealing that his full name was Chris Poustie and his father's was Mike Poustie. Moreover, in a follow-up email, he stated that both of them were happy for me to utilise the photos as I wished in my publications and researches.

So now, officially unveiling them as a ShukerNature world-exclusive, here are some of the Poustie photos of Motty, interspersed throughout this present ShukerNature article – thanks very much, Mike and Chris! 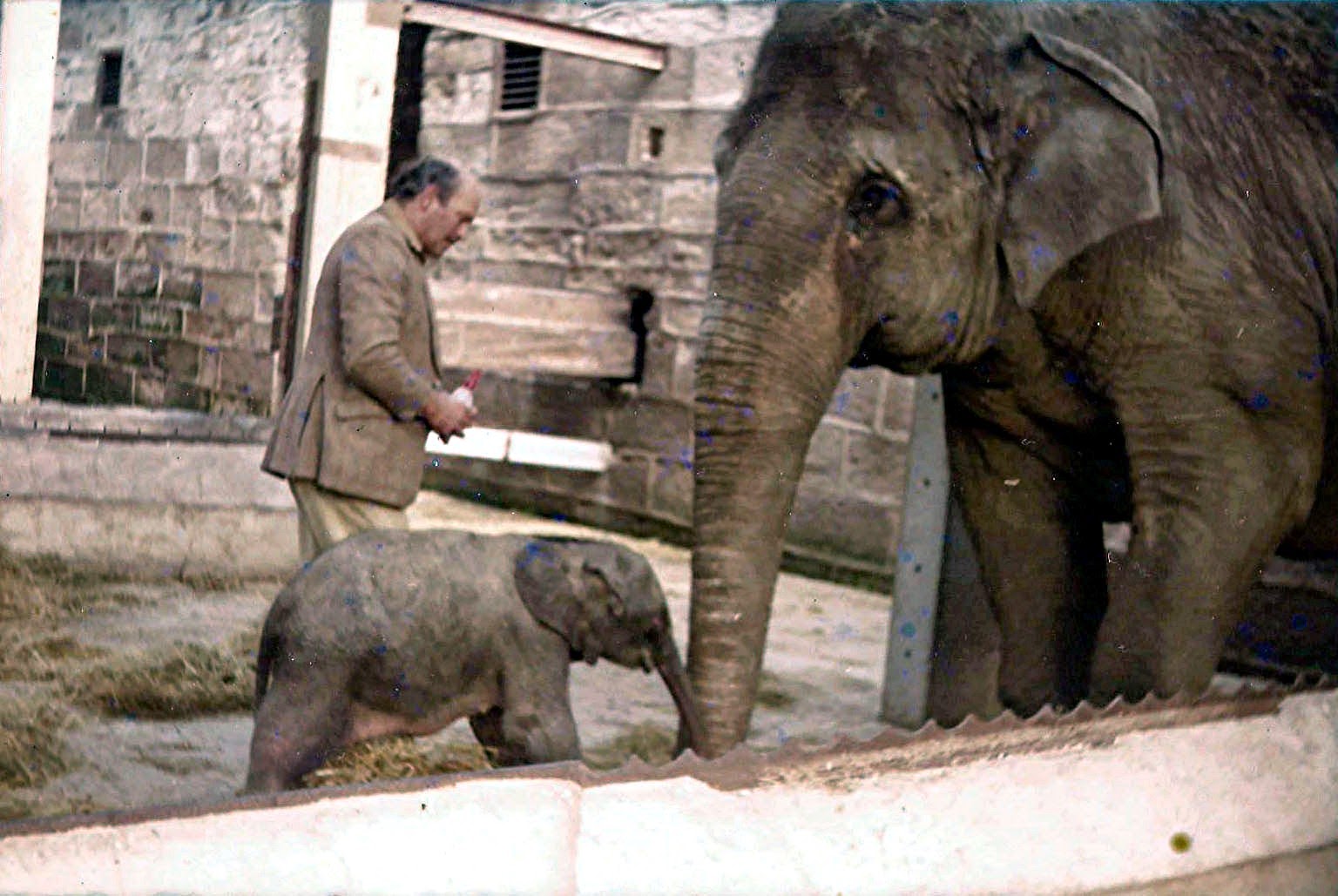 Once again, as with Derek's photos, they perfectly capture for all time Motty's fascinating intergeneric morphology, a composite creation unlike any other, and proof that whatever the odds, however implausible the prospect, somehow life will always find a way to express itself.

Whenever I think of Motty, I always wonder what he would have looked like had he survived to maturity. Would he have retained his unique combination of characters from both species, or would those inherited by him from one species have largely obliterated those inherited by him from the other? Might he have attained the huge size of his father – indeed, might he have even surpassed it, just like ligers (lion x tigress hybrids) often exceed the dimensions of both of their progenitor species?

Sadly, we will never know, and can only ever speculate. However, I feel sure that whatever appearance Motty would have assumed as an adult, it could not have been anything other than magnificent and marvellous – just as marvellous, in fact, as his very existence had been, and always will be.

I mentioned earlier in this present ShukerNature article how sad it was that we shall never know what Motty would have looked like had he survived into adulthood, only that whatever form his appearance may have taken, it would certainly have been unique, marvellous, and magnificent. But now, in another ShukerNature world-exclusive, thanks to a couple of amazing illustrations we may finally have an idea after all of just what the mature Motty could have looked like. And as if that were not extraordinary enough, what makes this new insight even more astonishing is a totally unexpected similarity to one of the world's most spectacular prehistoric mammals. Intrigued? Confused? Excited? Click here, and all will be revealed! 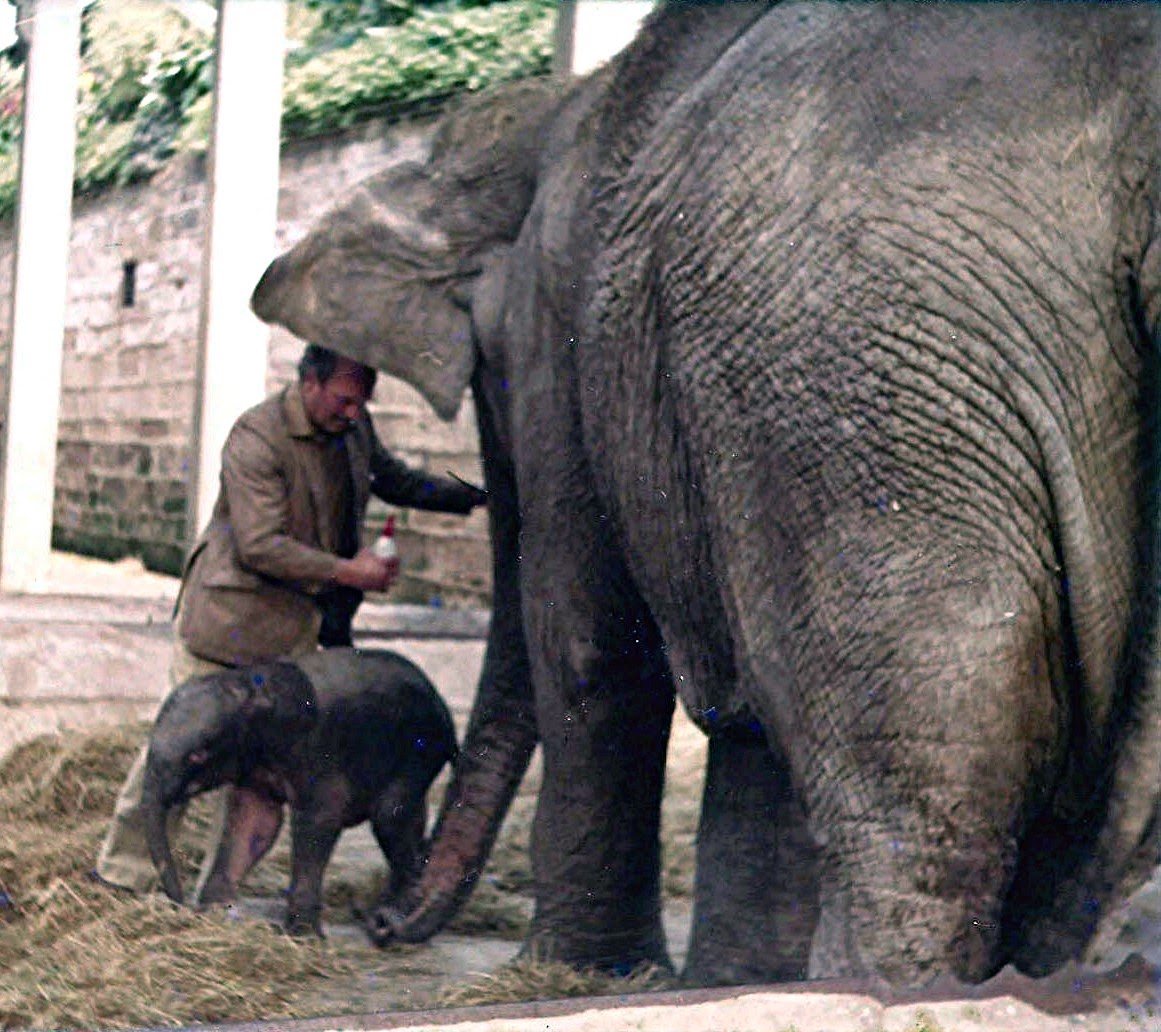