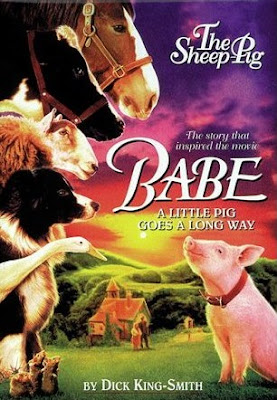 Countless fully-authenticated cases testify that closely-related animal species sometimes mate successfully with one another, yielding hybrid progeny. Also on file, however, are reports of certain highly controversial hybrids - supposedly resulting from crossbreeding between pairs of animal species generally considered to be too distantly related to yield viable offspring.

Take, for instance, the jumar - purportedly the product of an illicit liaison between a horse (or donkey) and a cow (or the reverse cross). The birth of such a creature would require a successful mating between species from two entirely discrete taxonomic orders of hoofed mammal - Perissodactyla (odd-toed ungulates, which include horses and donkeys) and Artiodactyla (even-toed ungulates, which include cattle) - whose respective members are far too dissimilar genetically to yield viable offspring. 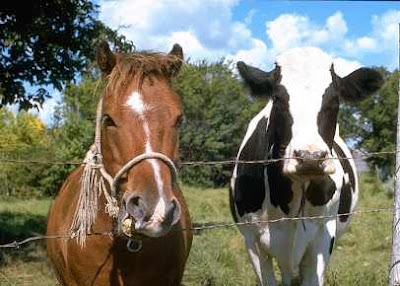 Yet there are many cases of supposed jumars on record, dating back at least as far as 1546, when documented by the learned physician/mathematician Jerome Cardan. It seemed to gain its name from the famous bestiary compiler Conrad Gesner; in the first volume of his great work Historia Animalium (1551), he wrote about a creature resulting "...from a she-ass and a bull, which as I hear is met with at Gratianopolis, and is called the jumar in French".

Referring to the jumar in Magiae Naturalis (1558), Neapolitan physicist Giovanni Battista della Porta stated: "I myself saw at Ferraria, certain beasts in the shape of a Mule, but they had a Bull's head, and two great knobs instead of horns: they also had a Bull's eyes, and were exceedingly stomackful, and their colour was black...I have heard, that in France, they be common: but I could see none there, though I have passed through the whole country". 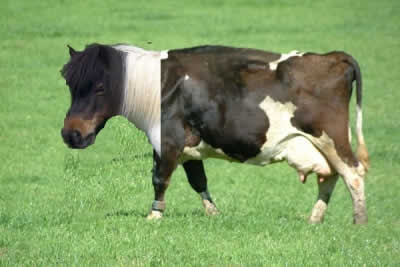 Photoshop's answer to the jumar

Throughout the 17th Century, scholars readily accepted the jumar's reality, but during the 18th Century scepticism grew, voiced in particular by the eminent French zoologist George de Buffon in his Histoire Naturelle. Buffon oversaw the dissection of two supposed jumars, one from the Pyrenees, the other from Dauphiné, but found no trace of bovine characters in either specimen.

The same outcome was obtained from the dissection of two jumars at the instigation of Cardinal Delle Lanze. They were nothing more than small, stunted mules, just like other jumars subsequently examined. Experiments striving to induce matings between stallions and cows, and between bulls and mares, were wholly unsuccessful too. And so, by the end of the 1700s this impossible hybrid had finally been exposed and expunged.


CUINO - IN SEARCH OF THE REAL BABE

Whereas novelist Dick King-Smith's world-famous if entirely fictitious sheep-pig Babe was merely a piglet trained to herd sheep, there are many reports on file of what were supposedly the real thing.

Accepted by some writers until much more recently than the jumar, yet scarcely less improbable, was the cuino - claimed to be a hybrid of sheep and pig, and widely met with in the Mexican state of Oaxaca. At the turn of the 19th Century, a highly-esteemed American journal called the Breeder's Gazette published a detailed article concerning the cuino, in which it stated that this remarkable crossbreed results from matings between sows and polled (de-horned) rams of the typical long-legged, light-bodied Mexican sheep.

In a somewhat contradictory account, the article claimed that the cuino has: "...the form and all the characteristics of the pigs, but he is entirely different from his dam; he is round-ribbed and blocky, his short legs cannot take him far away from his sty, and his snout is too short to root. His head is not unlike that of the Berkshire. His body is covered with long thick curly hair, not soft enough to be called wool, but which, nevertheless, he takes from his sire. His colour is black, white, black and white or brown and white". 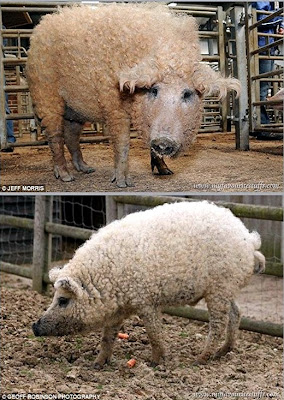 No, these are NOT photoshopped - these are real! (click photo for enlargement)
See below* for details concerning their zoological identity (photo/website credits as given in photos).

In 1900, this and various similar accounts, including one concerning Brazilian cuinos, came to the attention of W.B. Tegetmeier of London's Zoological Society, who duly denounced the cuino's crossbred identity in a series of communications within The Field. The matter was finally resolved in 1902, when he received a cuino skull from a Mexican correspondent.

"I was very glad to receive the skull, but, as I anticipated, it has no hybrid character about it whatever. It is purely and simply the skull of a pig. Without stopping to enter into such details as the character of the orbit, or the articulation of the lower jaw, which are utterly distinct in the sheep and in the pig, I need only call attention to the teeth in the fore part of the upper jaw. These are present as in the pig, and perfectly developed, whereas in the sheep, as every anatomist knows, the fore part of the jaw is utterly destitute of teeth, there being only a horny pad against which the lower incisors act. No zoologist could for a moment regard the skull as showing the slightest trace of ovine structure. In order to obtain corroboration of these facts I exhibited the skull at the last meeting of the Zoological Society, and its true character was recognised by every anatomist and zoologist present who noticed it."

However, there are no less than three surviving, genuine breeds of pig that are often dubbed sheep-pigs on account of their very distinctive and decidedly unporcine woolly coats. These curly-haired curiosities are collectively known as mangalitzas (aka mangalitsas), and although originally bred in Hungary and the Balkans, mangalitzas are now reared elsewhere in the world too. Indeed, it is more than likely that some reports of cuinos were actually based upon sightings of mangalitza-like pigs, i.e. freak hairy specimens of Mexican pig breeds, or possibly even early imported specimens of genuine mangalitzas. 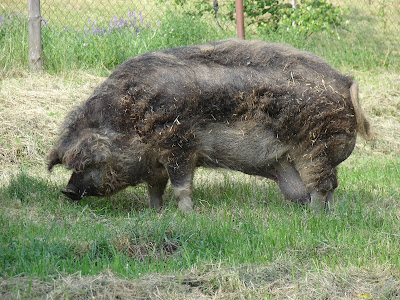 Traditionally maintained as lard pigs, they subsequently fell out of favour when the popularity of lard diminished. As a result, some breeds of mangalitza eventually died out, such as the black, the wolf, and the baris, although there are plans to reconstruct them in Hungary via selective backbreeding using a mixture of other breeds.

Prior to its extinction, the black mangalitza had been bred with the blonde mangalitza (two specimens of which arrived in April 2010 at Tropical Wings Zoo in Essex, England, as part of an education and breeding program, and are featured in the two photos* included earlier in this blog post), yielding the swallow-bellied mangalitza (which, like the bird that it is named after, has a dark upper body but paler underparts). And by breeding the swallow-bellied mangalitza with the szalonta (a hardy, unfleeced Hungarian breed), a further form known as the red mangalitza has been created, sporting a ginger fleece. The red, blonde, and swallow-bellied trio still exist today, but remain scarce enough to be categorised as rare breeds. There was once an additional, totally separate breed of woolly pig - the Lincolnshire curly-coat - but just like the black, wolf, and baris mangalitzas, it too, sadly, is now extinct