MYSTERY OF THE VENEZUELAN POODLE MOTH - HAVE YOU SEEN THIS INSECT?? 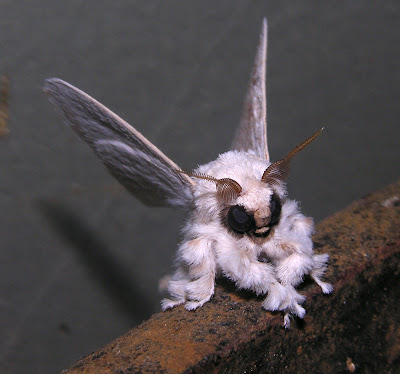 
As cryptozoology enthusiasts will readily testify, just a few weeks ago the internet was awash with dazzling but highly deceptive photographs of black lions. Now, the latest animal photo to beguile and bewilder everyone online is this one.

On 21 August 2012, Facebook friend David Laslett drew my attention to the eyecatching and exceedingly interesting photograph opening this present ShukerNature blog post. He explained that the photo had lately appeared all over the internet, and was labelled as 'the Venezuelan poodle moth'. Yet in spite of this insect's memorable name and very unusual appearance, and although he had spent a considerable time online attempting to identify it, David had not been able to find out anything whatsoever concerning it, not even its scientific name – only ever more copies of this same photograph and the same name applied to its furry-limbed, white-winged subject.

Greatly intrigued, David asked me if I knew this moth's species and whether I could trace any information regarding it. And so, without further ado, and as Sherlock Holmes might well have said in such a situation, the game was afoot!

I love a challenge!!

It was a species that I'd never seen before, so I spent quite a time researching its photograph, its name, and its supposed provenance (Venezuela) online, but, just as David had reported, nothing! The photo had appeared on many websites recently, but with no additional details. Consequently, as someone who has exposed various hoax wildlife photographs in the past, such as those purportedly depicting genuine black lions (click here to see my investigation of those) and multi-headed cobras (click here for my investigation of those), I naturally began to wonder whether the poodle moth was the Photoshopped creation of a poodle-faker!

Larvae of the poodle moth?!! A pair of delightful dogerpillars, courtesy of Photoshop

Happily, however, I was proven wrong, because eventually I traced the photographer responsible for this enigmatic snapshot, and discovered that he was a bona fide zoologist called Dr Arthur Anker (or Art for short), from Bishkek in Kyrgyzstan, who had snapped this picture plus many additional (and equally breathtaking) photographs of Venezuelan insects and other wildlife while visiting Venezuela during the winter of 2008/9.

These photographs formed just one set of numerous spectacular images that Art has taken while visiting tropical rainforests and other exotic locations worldwide, and which he has placed in photosets on the Flickr website (his Flickr user name is artour_a).

His poodle moth photograph was snapped on 1 January 2009, and appears in his 'Venezuelan Gran Sabana' photoset (click here) and also in his 'Neotropical Moths' photoset (click here). However, he had not included a scientific name for it, merely 'Poodle moth, Venezuela', together with details of the camera and photo-settings used when taking this particular macro-photograph. These were: NIKON E8700, f/6.6, 1/4000 sec, 27.3mm, ISO 50.

When I emailed Art to ask if he knew this moth's species, he informed me that he did not, and he also revealed that no other zoologist he'd spoken to knew either. Indeed, no-one had even been able to name its genus! As for its common name, conversely, Art informed me that it was he who had thought up the apt and very memorable name of 'poodle moth' for it. 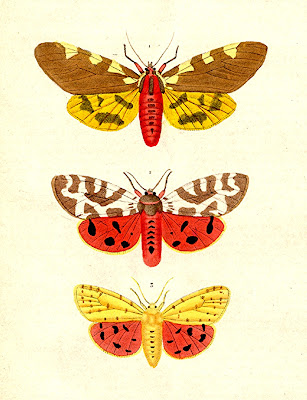 Conducting some more internet searches regarding this moth, which by now had seriously begun to fascinate and frustrate me in equal measure, I came upon a few sites claiming that it was actually the muslin moth Diaphora mendica, a member of the lepidopteran family Arctiidae, which also houses the familiar tiger moths and ermine moths. There are even photos of the muslin moth online that have been labelled as poodle moths. Yet although the muslin moth bears a superficial similarity to the poodle moth, it is less furry and, in any case, is exclusively Palaearctic in distribution.

One photo in particular that has been copied on a number of websites and labelled as the Venezuelan poodle moth is this one: 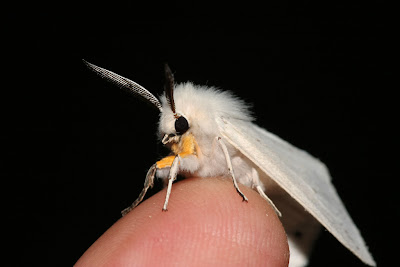 Happily, however, its original photographer, whose Flickr name is DrPhotoMoto, included within its description its species' correct identification as D. mendica (though he did also dub it as both the muslin moth and the poodle moth), and he noted that it had been snapped by him on 20 May 2009 in Richmond County, North Carolina.

Nevertheless, here is where the trail goes cold, as I have been unable to uncover any further information appertaining to Venezuela's very perplexing little lepidopteran.

So: Do you know its scientific name, or at least the genus in which it belongs? Is it indeed a member of Arctiidae, or are its taxonomic affinities elsewhere? Could it even be a species still undescribed by science? Thousands of new insects are discovered every year in the South American rainforests, so it would be by no means unusual if Art's Venezuelan poodle moth proved to be one too.

If anyone can shed any light on the identity of this charming mystery moth, I'd love to hear from you. I will also pass on any details to Art, who has very kindly permitted me to prepare this ShukerNature blog post and include his singularly intriguing photograph in it – thanks, Art! 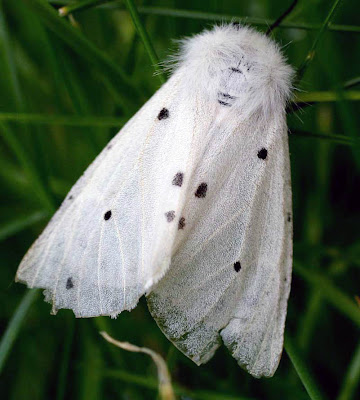 Since I posted this ShukerNature article documenting my investigation of it, the Venezuelan poodle moth has gone viral! Countless websites have reported it, and yesterday the following GrindTV Blog report, containing reference to mine, was majored by Yahoo:

And today, again containing reference to my ShukerNature article, the following online report was posted by NBC News!

Suddenly, this furry little insect has become one of the cutest critters on the planet!

Not only that, however, but at last we have a clearer idea of its taxonomic affinities, thanks to the following highly informative email that I received a few hours ago from Dr John E. Rawlins, Curator and Chair, Section of Invertebrate Zoology, Assistant Director of Research and Collections, Carnegie Museum of Natural History in Pittsburgh, USA, and which Dr Rawlins has very kindly permitted me to include here:

"Here’s my vote/guess to ID the poodle moth. The antenna is distinctive.

Lasiocampidae: Artace or a related genus, probably not Artace cribraria (presumably North America to Argentina, but nobody has revised this group from Mexico south). There are more than a dozen described South American species of Artace, but their delimitation, validity, and even their generic placement is uncertain. It will take two things to solve this problem: a comprehensive revision of Artace and kin, plus an actual specimen of a genuine “Venezuelan poodle moth.”

Good luck, Karl, and have fun!"

Lasiocampidae contains the eggar or lappet moths, and includes such familiar and beautiful species as the oak eggar Lasiocampa quercus (native to the UK and continental Europe), and the dot-lined white Artace cribraria noted above by Dr Rawlins. They are also commonly termed snout moths, as in some species their unusually protuberant mouthparts can resemble a snout. 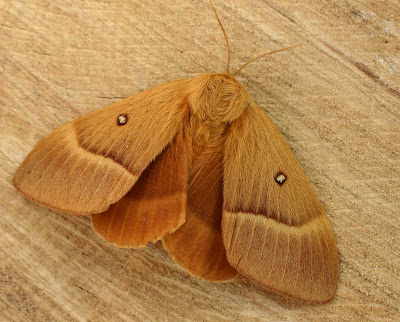 Of course, as Dr Rawlins stressed in a second email to me today, the question of the poodle moth's specific identity remains tentative until a specimen can be obtained to examine or, better still, a living moth to observe. This is something, incidentally, that I have pointed out on numerous occasions and to numerous persons in relation to cryptozoology - without a physical specimen to study, it is both impossible and, quite frankly, ridiculous to attempt to classify or state with certainty what a cryptid is; we can only ever offer opinions as to what it may be.

Dr Rawlins also made some very pertinent, illuminating comments concerning why discovering the taxonomic identity of the Venezuelan poodle moth is so important, and which definitely bear repeating here:

"No problem, Karl; use information from me to do more of what you have been doing well - to increase an appreciation for biodiversity. It does matter what species of poodle moth this is!! If you thought the moth was cute, wait until you rear your first caterpillar!!!...You are doing good things in our world - keep doing them."

Thank you, Dr Rawlins! I shall definitely continue to do so! 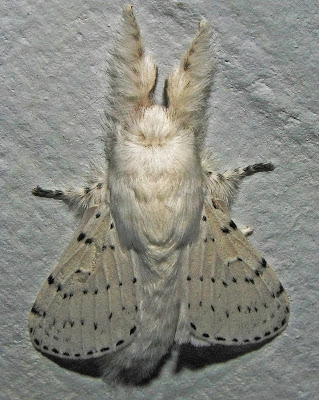 The dot-lined white (al-ien/Flickr; and click here for more images of this species)