GIANT BIRDS FROM THE TOMBS OF THE PHARAOHS 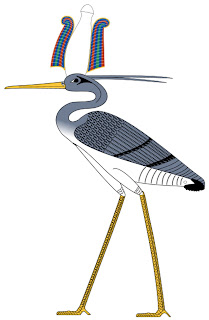 The phoenix may be the most famous feathered mystery associated with ancient Egypt - but it is not the only one. Equally mystifying is the bennu bird, which frequently appeared in the Books of the Dead - the hieroglyphic texts that accompanied the deceased in their coffins during the Fifth Dynasty (c.2466-2322 BC) at Heliopolis. Each text was a long roll of papyrus, summarising in picture writing the life of the deceased person alongside whose corpse it had been placed within the coffin. It also offered advice on gaining acceptance for entry into the next world, and revealed that upon acceptance the person would encounter the holy bennu bird, which would bear his or her soul to Ra, the supreme god.

Within the picture text, the bennu is unambiguously depicted as a gigantic heron - taller than a man, with long legs and pointed bill, a slender curved neck, and a pair of very elongate plumes on its head - resembling those of the Eurasian grey heron Ardea cinerea. 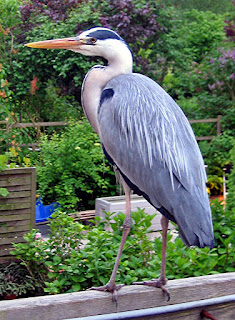 Archaeologist Dr Ella Hoch, from Copenhagen University's Geological Museum, became curious to discover the inspiration for the noble bennu. Perhaps it had originally been based upon the grey heron (which does exist in Egypt), but had been enlarged in the depictions to emphasise its sacred status and significant role?

Alternatively, it might have been inspired by travellers' reports of the genuinely lofty goliath heron A. goliath, standing up to 5 ft tall, from the Arabian peninsula and sub-Saharan Africa. By far the most compelling possibility, however, had still to be disclosed. 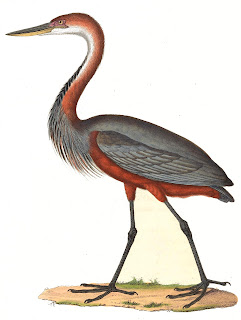 In 1958, extensive archaeological studies began on the island of Umm an-Nar (aka Umm al-Nar), which lies adjacent to Abu Dhabi of the United Arab Emirates (UAE), in the lagoon complex off the Trucial Coast. Great quantities of animal remains were eventually unearthed, which Hoch documented during the late 1970s in her museum's Contributions to Palaeontology journal. To her surprise but delight, these included some fragments constituting the distal end of the left tibiotarsus (lower leg bone) of an enormous heron - one that was probably even taller than the goliath heron, the world's tallest living species. Indeed, some estimates give its height as having been up to almost 7 ft, i.e. taller than an average human, and with a wingspan approaching 9 ft. Other remains from this newly-revealed colossus were later found, some from separate sites in the Umm an-Nar settlement, and one fragment from Failaka Island, offshore from Kuwait.

The Umm an-Nar material dates from 2,600 BC to 2,000 BC (i.e. the third millennium BC), whereas the Kuwait bone is more recent, from c.1,800 BC, thereby collectively yielding a span of time that wholly encompasses the Fifth Dynasty of Egypt (c.2,494-2,345 BC) - during which period the bennu appeared in Books of the Dead illustrations. The model for the bennu may therefore have been this now-extinct giant heron - a possibility not lost upon Hoch, who christened its species Ardea bennuides. 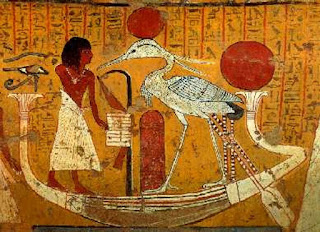 However, there is also evidence to suggest an even more startling prospect - that this giant heron was still alive as recently as 200 years ago.

In an American Journal of Science report from 1845, its author, a Mr Bonomi, disclosed that between 1821 and 1823 traveller James Burton had chanced upon three enormous conical nests, all within the space of a mile, at a place called Gebel ez Zeit (aka Gebel Zeit), situated on the Red Sea's Egyptian coast, opposite the Mount Sinai peninsula. They had been constructed from all manner of materials, ranging from sticks, weeds, and fish bones to fragments from what had apparently been a very recent shipwreck, and which included a shoe, strands of woollen cloth, a silver watch, and the ribcage of a man - a victim of the shipwreck, whose remaining bones and tattered clothing were spotted by Burton a little further along the coast. 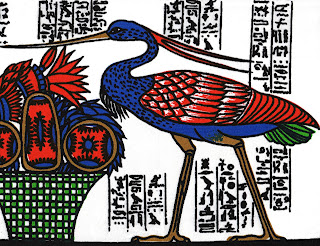 Modern-day, multicoloured depiction of the bennu on a tablecloth purchased by me in Cairo, Egypt, in 2006 (© Dr Karl Shuker)

The nests were colossal in size, with an estimated height (and also a basal diameter) of about 15 ft, and an apical diameter of 2.5-3 ft.

Understandably, Burton was thoroughly bemused concerning their origin - until he began to question the local Arabs. They stated that the nests were those of a huge type of stork-like bird that had deserted the area not long before his arrival there. 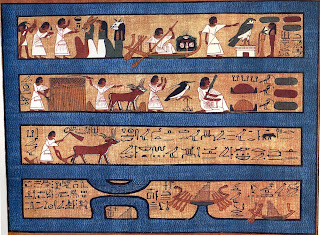 No such bird is known here today; but as his curiosity had been aroused by this episode, Bonomi undertook some investigations of his own, and uncovered persuasive, independent evidence in support of the Arabs' claim.

Delving through the documents of early writers describing Egypt in the far-off days of the pharaohs, he came upon the description of a giant stork once native to the Nile Delta region, and which, in the form of a painted bas-relief, is sculptured upon the wall within the tomb of an officer belonging to the household of Pharaoh Cheops (also called Khufu or Shufu), from the Fourth Dynasty. 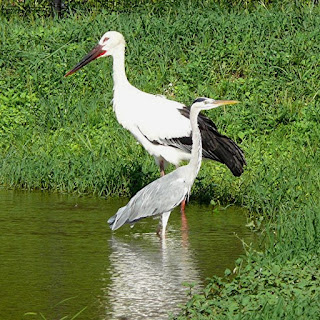 According to these sources, it was a bird of gregarious habits, with white plumage, long tail feathers, and a long straight bill; the male additionally bore a tuft on the back of its head, and another upon its breast. However, these features all more readily recall a heron, an egret or even certain cranes rather than a stork, and they compare well with representations of the bennu. Is it plausible, therefore, that this 'stork' was actually Ardea bennuides?

Whatever its taxonomic identity, however, at the time of Pharaoh Cheops (c.2,600 BC) it still survived in the vicinity of the Delta, because specimens were occasionally trapped by the region's peasantry. The nests spied by Burton were probably the product of several generations of these birds (thereby explaining their immense size) rather than just a single pair - and their most recent contributors may have been this species' last representatives. 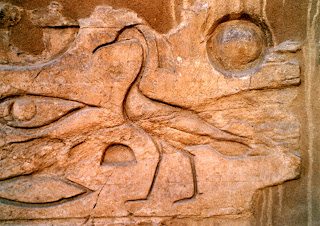 How tragic, and how ironic, if the bennu, the bird that bore the souls of humans to Heaven, ultimately met its own death at the hand of humans.

This ShukerNature blog post is excerpted from my forthcoming book Still In Search Of Prehistoric Survivors. 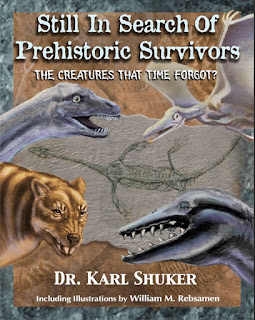