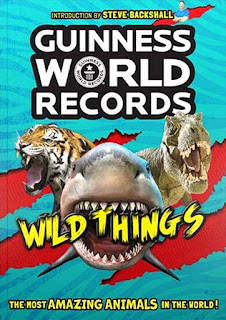 In addition to the 26 books that I have written myself and seen published (#26 is due out shortly), I have also acted as a consultant and/or contributor to a further 18 – click here to access a (currently) complete listing of all of my books.

I am delighted to announce that the latest volume with which I have been involved in the dual capacity of consultant and contributor will be published next month but can already be pre-ordered on Amazon USA, Amazon UK, and elsewhere. It is entitled Guinness World Records: Wild Things, and here is a taster of what to expect:

Whether it's the biggest, the smallest, the fastest, the deadliest, or just the downright weirdest, Guinness World Records: Wild Things turns the spotlight on the best of the beasts! From gentle giants to killer bugs, powerful predators to cunning prey, and backyard wildlife to species on the brink, the animal kingdom is crawling with record-breakers. 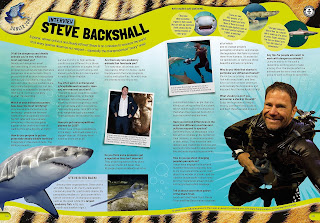 Wild Things is your ultimate guide to nature's super-star animals. There's a special chapter all about prehistoric record-breakers too. Unearth which ancient animals ruled over the real Jurassic world, from the tallest dinosaur and the dino with the most powerful bite to the largest flying creature ever to soar Earth's skies with a wingspan the size of an F-16 jet!

You'll also hear from zoology experts and some of the biggest conservation stars including Sir David Attenborough, Dr Jane Goodall, the Irwin family, and Deadly 60's Steve Backshall (who supplies a foreword too). In exclusive interviews, they share their standout wildlife experiences, favourite record-breaking animals, plus top tips for anyone hoping to follow in their footsteps.

Ready to find out where the real wild things are and the records that they hold? Then it's time to unleash the wildest GWR book yet! 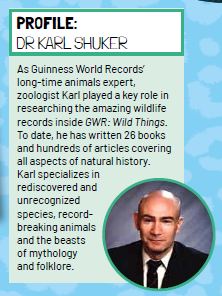 Full details can be found on this book's dedicated page here on my official website, which also contains direct clickable links to its page on the US and UK Amazon sites.

Also, don't forget to check out on my website its companion volume, GWR: Amazing Animals, published last year and once again featuring me as both its consultant and a contributor, which is packed throughout with fascinating record-breaking animal stars of the domesticated kind!

And click here to read about GWR: Amazing Animals on ShukerNature. 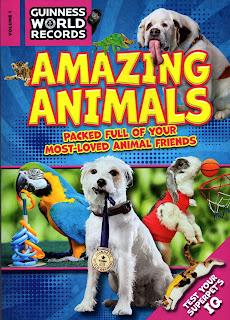