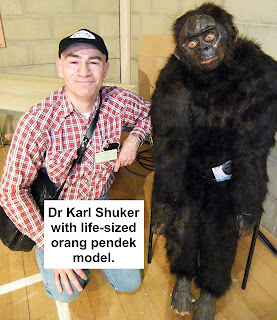 Once upon a long ago in the wonderful world of cryptozoology, only a single type of diminutive Indonesian mystery man-beast was widely reported – the orang pendek ('short man') or sedapa of Sumatra, in this southeast Asian country's Greater Sundas island group, reported by locals and Westerners alike for well over a century. Physically represented by unidentifiable hair samples and wholly distinct footprint casts, this reddish-furred, bipedal, tailless entity is usually said to stand a mere 3-4.5 ft tall. 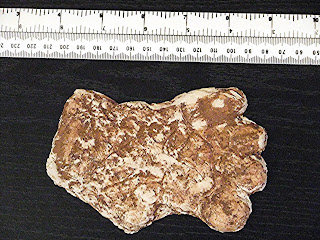 Suggested identities on offer for the orang pendek have ranged from a terrestrial form of orang utan or gibbon to a bona fide human species, possibly even a relict representative of our own species' predecessor, Homo erectus. So far, so simple (relatively speaking). 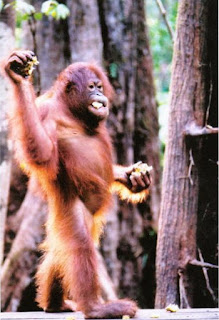 Then in 2003, the first skeletal remains of what, after much contention, is nowadays accepted by most researchers to have been a bona fide diminutive human species (rather than merely stunted, freak Homo sapiens) were found on the small island of Flores in Indonesia's Lesser Sundas group. Formally dubbed Homo floresiensis but known colloquially as Flores Man or the hobbit, it is believed to have only stood around 3.5 ft tall, and to have become extinct at least 50,000 years ago – or did it? 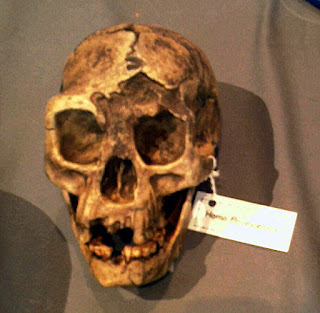 Researchers began hearing native folklore and stories concerning the ebu gogo, described not only as very short human entities but also as still very much alive in the wilder, more remote regions of Flores. If such beings really do exist, might they be living, modern-day representatives of Homo floresiensis? Some cryptozoological investigators have taken this line of speculation even further, by linking Flores Man with the Sumatran orang pendek, even though the latter seems taller and more ape-like, not to mention zoogeographically separate. But then came news of an additional component to the Indonesian man-beast/mini-human mystery that makes matters even more complex and potentially confusing. 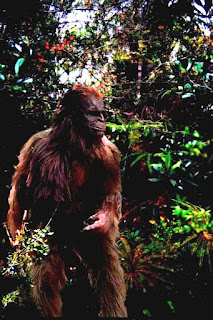 As publicised recently in a number of online articles and reports (click here to access one of them), Sumatra may also be home to a second, fundamentally different man-beast from the orang pendek, one which, moreover, is very reminiscent of the ebu gogo and, in turn, Flores Man. Known as the orang kardil (aka orang kardill), according to native testimony this entity is definitely some form of human, not ape, hunting aggressively with spears and even deemed to have killed villagers on occasion, but is even shorter in stature than the orang pendek. 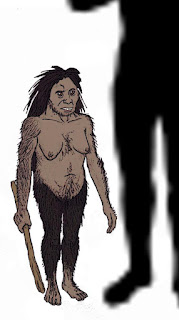 Consequently, is it possible that a truly miniature Indonesian species of human has existed at one time or another not just on Flores, due to its savage nature has infiltrated traditional Indonesian folklore under various local names such as ebu gogo and orang kardil, and may even still survive today in remote regions of Flores, Sumatra, and perhaps elsewhere in this multi-island country too? All of this is total conjecture, of course, but less than 20 years ago even Flores Man's own existence was entirely unknown to science. 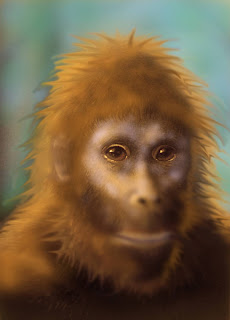 Just a few hours after I uploaded my above article onto ShukerNature and posted links to it in my various Facebook groups, CFZ cryptozoologist Richard Freeman, who has led CFZ expeditions seeking the orang pendek in Sumatra, posted the following fascinating account regarding the orang kardil in my 'Beasts of Legend, Myth & Fantasy' FB group:

"Our late guide Sahar Dimus said that his father and a friend had encountered the Orang-kardill in 1981. The pair had been in a remote part of what is now Kerinci Sablat National Park trading rice for goods in isolated villages. One evening whilst camping in the jungle and cooking rice a tiny man like creature with long hair on the head but a naked body emerged from the rainforest and tried to steal the rice. Sahar's father's friend killed it with a parang (similar to a machete). Then more of the creatures ran out of the forest armed with bamboo spears and killed the man. They did not attack Sahar's father. Sahar said there had been no recent sightings of orang-kardill though there were many of orang-pendek. On my last Sumatran trip a large group of witnesses were gathered in Sahar's village close to Gunung Tuju. All had seen orang-pendek and / or its tracks but none had seen orang-kardill or had heard of any recent sightings. They were quite clear that the two were different."

Thank you so much for making this greatly-welcomed information available, Rich!

Earlier today, Indonesian Facebook friend Ben Haryo informed me of a third spelling for this entity's native name - 'orang kerdil'. He also informed me that the term:

"...means "dwarf" in our Indonesian language. We believe they exist as a race of very reclusive tribe of diminutive human-like creatures, but more human than spirits. Their counterparts are Tuyul who are not humans but evil genies."

Thanks very much, Ben, for these very valuable additional details!