THE TRUTH ABOUT BRAZIL'S AMAZING 'PENIS SNAKE' - NOT A SNAKE, AND CERTAINLY NOT A... 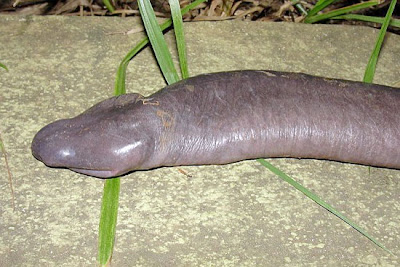 During the past 24 hours, the world media has been full of stories concerning the supposed discovery in Brazil of a 'new species' of 'blind snake' that 'resembles a human penis'. As is so often the case with media reports describing unusual, little-known animals, however, the truth is very different - as I shall now reveal in an attempt to set the facts straight regarding this beast once and for all.

In reality, although it is indisputably a most amazing and very distinctive form it is not a new species, it is not a snake, and its claimed afore-mentioned resemblance is very much in the eye of the beholder – or, to put it another way (so to speak!): if the relevant portion of my body looked like this creature, I'd be seriously worried!

Vermiform, eyeless, grey in colour, and each measuring approximately 3 ft long, six specimens of the aquatic species in question were found at the bottom of the Madeira River during the draining of a portion of it by engineers in November 2011 for a new hydroelectricity dam in the northern Brazilian state of Rondonia. According to biologist Juliano Taban who works for the company constructing the dam, all six were captured for initial observation. Sadly, however, one of them died, but three of the others were released back into the river shortly afterwards, with the remaining two being retained for further scientific study and formal taxonomic identification, news regarding which was only made public this week. So what exactly did these sizeable but very peculiar creatures turn out to be?

In fact, they belonged to a species of limbless amphibian known as a caecilian - but no ordinary one. On the contrary, this particular caecilian constituted one of the most extraordinary herpetological discoveries of the 20th Century when officially described and named back in 1968. In my recent book The Encyclopaedia of New and Rediscovered Animals (Coachwhip: Landisville, 2012), I documented this highly significant yet scarcely-known species' uniquely surprising history as follows: 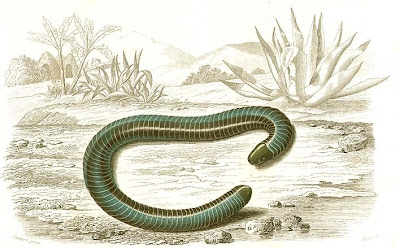 A 19th-Century colour engraving of a caecilian, Siphonops

"Caecilians [constitute] a taxonomic order of entirely limbless species, many of which greatly resemble earthworms. Most are predominantly subterranean, fossorial species (although there are also some aquatic river-dwelling forms), and are rarely seen above-ground unless flushed out during rainfall. They inhabit wet tropical localities in Africa, Asia, and South America, feed principally upon insects and worms, and most are relatively small, but a few extra-large species also exist, growing up to 4 ft long and superficially similar in outward appearance to snakes.

"One feature that all species share is a pair of lungs – or at least they did until 1968, or, to be exact, 1995; as will be seen, the history of the following ground-breaking species is nothing if not complicated. It began in 1968, when a notably large preserved specimen of caecilian originating from an unspecified location in South America became the type (and for a long time thereafter the only) specimen of a new species, which was formally christened Typhlonectes eiselti by Kansas University herpetologist Dr Edward H. Taylor in a major monograph entitled The Caecilians of the World.

"Measuring 27.5 in long, this new species’ unique specimen was an adult female housed in the collections of Vienna’s Naturhistoriches Museum, but Taylor’s official description of it had been unusually brief, and concentrated primarily upon its external morphology. Not until the early 1990s did it attract any further scientific attention, even though it was on full public display inside a glass exhibition case at the museum during the intervening years. When it was finally re-examined, however, by zoologist Dr Ronald A. Nussbaum from Michigan University and Bristol University caecilian specialist Dr Mark Wilkinson, they closely investigated its internal form, which duly revealed a very remarkable and hitherto-unsuspected surprise – this large, enigmatic, but previously neglected caecilian was lungless.

"Indeed, their discovery meant that T. eiselti was now the largest species of lungless tetrapod known to science, and was sufficiently removed from all other caecilians to require them to publish a major redescription of it, which appeared in 1995. Moreover, in their paper, they also created a new genus for it, renaming this radically disparate species Atretochoana eiselti, which highlighted the fact that even its choanae (internal nostrils) were sealed. It also totally lacked any pulmonary blood vessels. Clearly, therefore, this caecilian respired entirely through its skin (cutaneous respiration is also carried out by other caecilians, but only as a supplement to normal pulmonary respiration). Its cranium exhibited fundamental differences from that of other caecilians too. If only there were other examples of this extraordinary species to examine, but where to look? The provenance within South America of its one and only specimen was unknown.

"Happily, in 1998, after 30 long years, a second specimen was finally recorded – documented by Wilkinson and three co-researchers – which was confirmed to have originated from a river in Brazil, but its precise location was unknown. Measuring 31.7 in (80.5 cm), it was longer than the first one but otherwise very similar in form. And that is where the remarkable history of A. eiselti comes to an end, at least for now, as no further specimens have been discovered.

"What has been discovered, meanwhile, is a second species of lungless caecilian, and whereas A. eiselti is aquatic, this new one is land-based. Found in the scrub of Guyana’s Iwokrama Forest and described online in late 2009 (in hard-copy format in 2010), when it was formally named Caecilita iwokramae, it is the only member of a new genus and is much smaller than A. eiselti, its holotype only measuring 4.4 in long." 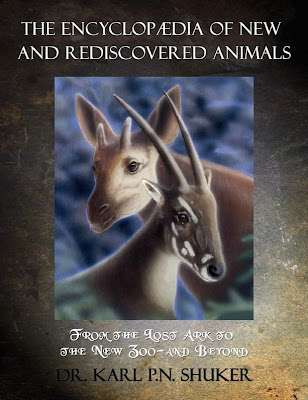 My book containing the above account concerning A. eiselti (Dr Karl Shuker)

Thanks to those engineers' discovery at the bottom of the Madeira River last November, however, A. eiselti has now been formally rediscovered and is no longer such an enigma. Yet, inevitably, its zoologically-imposing twin status as both the world's biggest species of caecilian and the world's largest species of lungless tetrapod have been entirely overshadowed by the media's obsession with promoting phallic comparisons relating to it. As a result, this once-obscure species can now boast a number of newly-coined common names worthy of screenwriter Talbot Rothwell – double-entrendre maestro for Britain's famous and much-loved series of 'Carry-On' comedy films - at his most inspired, ranging from floppy snake and penis worm to man-aconda! (Incidentally, the term 'penis worm' has also been applied to an entirely unrelated group of animals, Priapulida, an invertebrate phylum whose members, the priapulids, are again somewhat phallic in shape.)

Amusing though these may be, I sincerely hope that in the future the media will treat this rediscovered marvel rather more seriously, and accord it the scientific respect that it so richly deserves after having languished so long in virtual anonymity. So, to quote 'Carry On' veteran Kenneth Williams's most famous catch-phrase: "Stop messing about!" 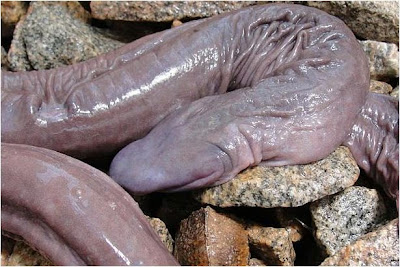