MYSTERY OF THE MINARET SKULL - A MISLAID BIGFOOT RELIC? 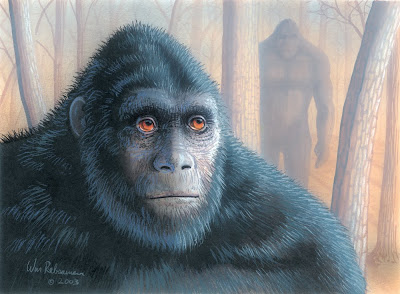 One day in August 1965, while backpacking in the vicinity of California's Minaret Mountains, retired physician Dr Robert W. Denton from Bishop, California, assisted a Mexican farm worker in hauling his mule out of a muddy bog at Hemlock Crossing near the bank of the San Joaquin River, and as the mule struggled free its flailing hooves uncovered a large bowl-shaped object in the mud. When Denton examined it, he found that it was a calvarium - the top and rear portion of a skull - which looked humanoid, but unusual in shape and size.

"[The calvarium]...turned into a rather interesting specimen largely by virtue of the unusual length of the skull as well as a very unusual development of the nuchal ridge [a bony cranial ridge or crest to which the jaw muscles are attached] in the occipital zone. This latter fact for a time had me thinking this must be the skull of some anthropoid species other than human, inasmuch as this amount of nuchal ridge development had not been observed by me."

In his letter, Ridge also revealed that he had shown the calvarium to two colleagues - Drs Jack Prost and Herman Bleibtreul (spelt 'Bleibtreu' in some accounts) - in the Department of Anthropology at UCLA (University of California, Los Angeles campus). Both researchers were similarly surprised by the extent of nuchal ridge development exhibited by the calvarium. Nevertheless:

"Their conclusions were quite definitely that this is the calvarium of a young human, but that it represents that of an Indian [male], the remains very probably having been in the matrix or adjacent area for many, many years...with no indications of any medico-legal import." 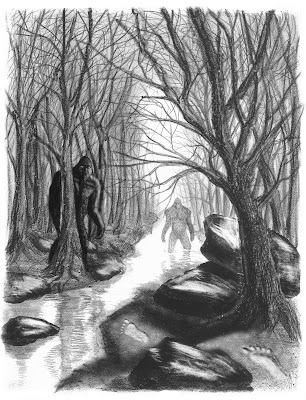 Ridge had allowed Bleibtreul to retain the calvarium, but was given a receipt for it, and informed Denton that the two anthropologists had expressed an interest in ascertaining its precise provenance, in case it was an area that had not been investigated archaeologically in recent years. On 10 December 1965, Denton duly forwarded a map of the locality to Ridge - after which the promising case of the Minaret skull came to an abrupt, mystifying end.

In August 1973, while researching for his forthcoming book, Bigfoot (co-authored with B. Anne Slate), bigfoot investigator Alan Berry met Denton. Learning about the Minaret calvarium, he was both intrigued that Ridge had entertained the notion of it being from some form of anthropoid, and very surprised to hear that Denton had never received any reply or further information after posting off his map to Denton almost eight years earlier. Was it conceivable that this strange cranial portion had been part of a bona fide bigfoot skull?

Anxious to find out more, Berry elected to pursue the case himself, and began by contacting Ridge, but he too had not heard anything more about it. Moreover, enquiries made directly, as well as via an anthropologist colleague, to UCLA regarding the calvarium's current whereabouts also drew a complete blank. Clay A. Singer, a technician at the museum of UCLA's Department of Anthropology, attempted a thorough search of the records and collections for any clues, but again without success. As for Bleibtreul and Prost (both of whom had left UCLA by then): according to Berry's documentation of this very curious affair in Bigfoot (1976), neither of them claimed to have any memory of the calvarium.

When Berry mentioned to Bleibtreul that Ridge had obtained a receipt from him after leaving the calvarium with him back in September 1965, however, Bleibtreul was able to recollect it, and revealed that although a search had been planned at the site of its discovery for further relics, it had never actually taken place. As for the calvarium itself, Bleibtreul was convinced that it had indeed been catalogued and retained in UCLA's collections, and he promised to investigate the matter, but when he spoke with Berry again in May 1974 he announced that he had not succeeded in locating it. 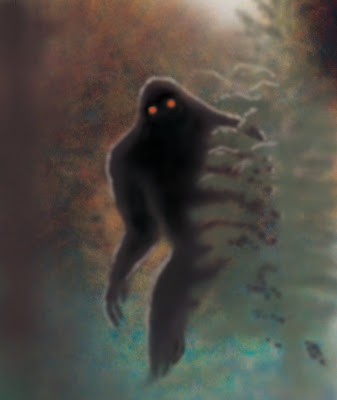 Matt Moneymaker of the Bigfoot Field Researchers Organization (BFRO) is also interested in the peculiar history of the Minaret skull, after first learning about it in 1988 while attending UCLA as a student, and he raises some salient points regarding it on his website. Bleibtreul had revealed to Berry that although he and Prost believed the calvarium to be from an ancient native American, they were puzzled that it did not correspond with any known population from that area. Moreover, while conversing with Berry, Ridge had described this anomalous specimen as "a rather massive piece of bone of peculiar shaping".

Yet when Moneymaker queried UCLA anthropologist Professor Ted Rasmusen concerning how ancient native Americans and modern Americans compared, Professor Rasmusen revealed that for dietary reasons the former are normally smaller than the latter. He added: "It's possible for an ancient Indian to have a skull larger than a modern, six-foot-tall, Anglo Saxon male, but it's uncommon...not unknown, but very uncommon".

In view of this, the conclusion by Bleibtreul and Prost that the calvarium was from a young ancient Indian is somewhat mystifying - as is the calvarium's pronounced nuchal ridge. In any event, as Rasmusen also noted, it would be very difficult to ascertain an individual's race merely from a calvarium; such identifications normally require facial bones and teeth.

And what of the biggest mystery of all - the Minaret skull's current whereabouts? After speaking with a friend who had been a graduate student in UCLA's History Department and had spent one summer working in the off-campus museum annexe building at Chatsworth, California, Moneymaker considers this huge specimen-packed warehouse to be the likeliest locality for the cryptic calvarium. However, he concedes that it would be no easy task to persuade anyone to search through such an extensive array of material specifically for it.

Yet even if a portion of a bigfoot skull really does lurk unrecognised and uncatalogued within the museum collections of UCLA, it would certainly not be unprecedented. As I have revealed in my book The Encyclopaedia of New and Rediscovered Animals (2012), there are many case histories on record of a major new species having been 'discovered' not in the field but in some museum collection, following an alert, informed researcher's examination of a hitherto overlooked or misidentified specimen. Perhaps one day, therefore, history will repeat itself yet again, and divulge another zoological surprise.

Click here to watch a YouTube video uploaded by 4jaimeavalos on 23 August 2009 in which Dr Robert W. Denton recalls his discovery of the Minaret Skull back in 1965 and offers his opinions concerning this enigmatic object. Many thanks indeed to Kenneth Joholske for very kindly bringing the video to my attention!

All bigfoot/sasquatch illustrations included here are © William Rebsamen - thanks Bill!


This ShukerNature post originally appeared as a small section in my book Mysteries of Planet Earth: An Encyclopaedia of the Inexplicable (Carlton: London, 1999). Have there been any further developments regarding its subject - the Minaret Skull - since then? If so, I'd be delighted to receive further information. 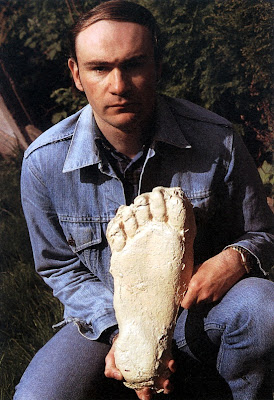