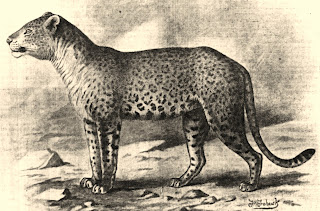 In my previous ShukerNature blog article (click here), I drew attention to a very remarkable, and extremely sizeable, feline hybrid – Cubanacan the litigon, the result of a successful mating between a lion and a tigon (tiger x lioness hybrid), who was formerly exhibited at Alipore Zoo in Kolkata, India. Now, here is another truly extraordinary episode appertaining to big cat crossbreeding.

It began just over a century ago - with the arrival at London Zoo in mid-April 1908 of a singularly mysterious felid that resembled a slim, gracile lioness but was elegantly dappled with large brown rosettes recalling those of the Himalayan snow leopard Uncia uncia! Its owner was J.D. Hamlyn, a London-based animal dealer, who asserted that it had been captured in the Congolese jungles and represented a wholly new species (dubbed a Congolese spotted lion) - a statement that naturally attracted a great deal of media publicity. It was even portrayed in a beautiful drawing prepared by English zoological artist Frederick W. Frohawk, which opens this present ShukerNature article.

However, London Zoo's superintendent, cat expert Reginald I. Pocock, was sceptical of such grandiose claims, and dismissed this feline enigma as a leopard x lion hybrid (leopon). A fortnight later, it was removed from London to Glasgow, having been purchased via auction at Aldridges on 2 May 1908 by Glasgow-based circus and menagerie owner Edward H. Bostock for the very handsome sum of 1,030 guineas. Tragically, it died just over a year later, in August 1909 - reputedly killed by a lion that broke through into its cage from a neighbouring enclosure - and was later exhibited as a mounted taxiderm specimen in standing pose (very closely resembling its pose in Frohawk's drawing) at France's National Museum of Natural History in Paris.

Even in death, however, this enigmatic felid, which had been named Uneeka - on account of its truly remarkable, virtually unique zoological identity (as I'll reveal shortly) - continued to be surrounded by controversy. For as astutely pointed out by Pocock on 2 November 1912 in a letter to The Field (and in which his scepticism concerning the above-noted 'official' claim that Uneeka had been killed by a lion was only too evident): "That this story was of a piece with the original account of the hybrid given out when it first appeared on the market [i.e. that it was an entirely new species procured in the Congo] may be inferred from the condition of the dressed skin, which had no sign of a tear or scratch upon it in London shortly after the alleged tragedy". So if Uneeka had not been killed by a lion after all, how had this contentious animal met its death? More than a century later, there is still no confirmed answer to that question. 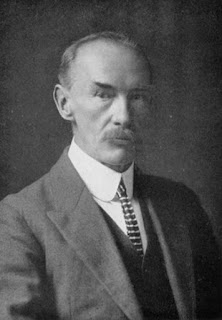 Reginald I. Pocock, a legendary name in British zoology (Wikipedia - reproduced here on a strictly educational, non-commercial Fair Use basis only)

Conversely, by mid-May 1908 Pocock had already uncovered the early history of this controversial cat, and its extraordinary identity was duly exposed.

At the turn of the century, a male jaguar had mated with a leopardess at Chicago's Lincoln Park Zoo, the result of which was a litter of three jagupards (aka jaguleps), one male and two females. All three of these hybrids were later sold to a travelling menagerie, but whereas the male was killed by a lion, his two sisters grew to adulthood, and both of them mated with a lion. Remarkably, these matings were viable, yielding several cubs in or around 1904 - and it was one of these that subsequently found its way to London Zoo, deceitfully billed as a new species.

Bearing in mind that this amazing animal was the complex product of genetic intermingling between three different species of big cat - lion Panthera leo, leopard P. pardus, and jaguar P. onca - it is little wonder that it seemed so exotic in appearance and engendered such confusion. After all, it isn't every day that a lijagupard (aka lijagulep) turns up in London - or anywhere else, for that matter!

Today, I posted a new ShukerNature blog article on the subject of Uneeka the lijagupard, specifically showcasing a long-forgotten photograph of her in the living state that I recently uncovered. It is the only such photograph known to me, and as far as I am aware it has never before been included in any zoological publication - click here to view this exciting picture and to read my new article about Uneeka.

This ShukerNature blog article is excerpted and expanded from my book Cats of Magic, Mythology, and Mystery, which contains detailed histories of a wide range of feline hybrids, including ligers and tigons, litigons, liligers, and titigers, leopons and lipards, jaglions, pumapards, jagupards, and many others too. 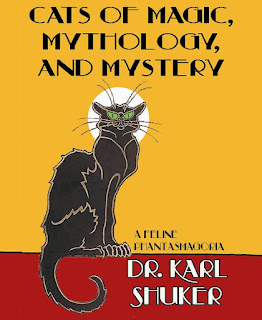