AS EASY AS ABC? TRACKING DOWN AN ICONIC CRYPTO-TERM 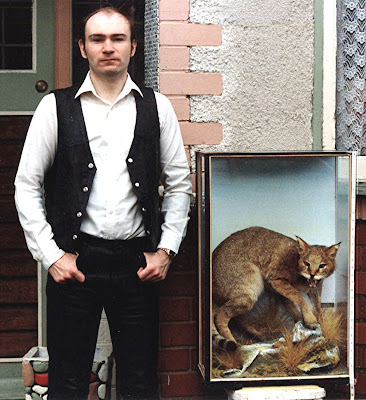 With the Ludlow jungle cat, an ABC from 1989 (Dr Karl Shuker)


I recently received on Facebook a most interesting enquiry from fellow mystery cat investigator Stuart Paterson. Stuart was interested in discovering where and when the term 'alien big cat' and its acronym 'ABC' had first appeared in print.

Keen to track down the answer to this very thought-provoking query, and mindful that they have long been standard usage in Fortean Times, Britain's pre-eminent anomalies journal, I duly conducted some bibliographical research, and this is what I discovered.

Being fortunate enough to own a complete run of Fortean Times, I trawled through every issue starting from #1 (published in November 1973, when it was entitled The News), and I found that the first time that either of these phrases appeared in it was in issue #44 (summer 1985), p. 28. In an article by editor Bob Rickard entitled 'Once More With Felines', reviewing recent mystery cat reports in Britain, the opening section of the first line read as follows: "Our last round-up of alien big-cats (ABC) - we have decided to adopt this acronym - was in FT 42...".

Although previous issues of FT contained numerous accounts of feline cryptids, they had only ever been referred to variously as 'mystery cats', 'phantom felines', 'phantom panthers', 'MAs' (Mystery Animals), or by location-specific terms such as 'Exmoor Beast', 'Surrey Puma', etc.

However, back in 1980, Janet and Colin Bord had referred to 'alien big cats' several times in the mystery cat chapter of their book Alien Animals, though they never abbreviated this term to 'ABC' in it.

I have also scoured through a number of additional books as well as articles from other magazines published during the late 1970s, but I have not uncovered any usage of 'alien big cat' pre-dating that of the Bords in their book. Thus it would appear that they coined this now-iconic phrase, as an offshoot of the 'alien' tag that they also attached to various other terms in their book, and that FT shortened it to 'ABC' five years later in their summer 1985 issue. 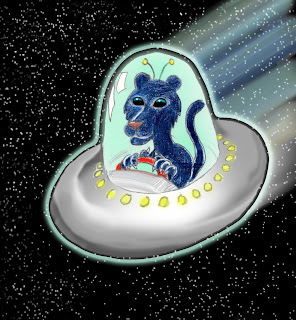