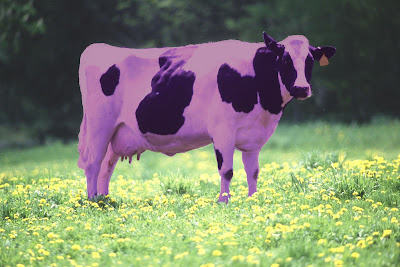 One of the shortest but most famous of all nonsense poems is 'The Purple Cow', penned by American author Gelett Burgess (1866-1951). It originally appeared in the first issue of The Lark, a magazine published in 1895 that was co-edited and (at least initially) largely written by Burgess. Here is the illustrated page from The Lark containing this poem: 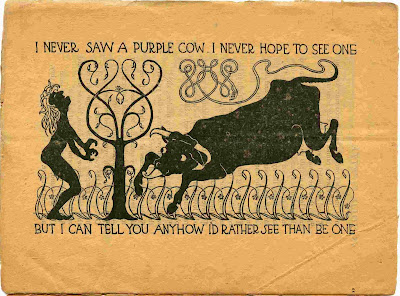 It is well-documented that this humble little verse attracted such attention in the years to come that eventually Burgess was driven to distraction by its unexpected yet unrivalled popularity – to the extent that he announced publicly how he wished that he had never written it. He even wrote the following humorous parody of it to that effect: 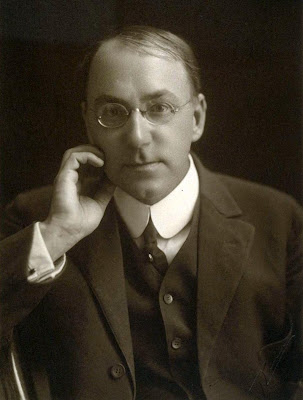 Outside poetry circles, 'The Purple Cow' is also often used nowadays as a symbol or representation of any highly unlikely occurrence or object encountered in life – something so unusual that it couldn't possibly exist...

Except that in its original bovine connotation, it could and has done – at least twice, in fact!

Having said that, however, until today I only knew of one real-life example – this one:

In 1948, the head of Florida's State Nutrition Laboratory was very bemused by the discovery that one of the cows present in a herd grazing on poor land in this U.S. state was purple in colour. Needless to say, this herd and in particular its singularly-shaded member soon attracted detailed scientific attention, and the cows were all found to be very mineral-deficient. Following a course of feeding upon a natural, balanced diet, however, they became much more healthy and appeared in no way different from any others – all except one, that is.

For although it too became much more healthy, the purple cow never lost its extraordinary hue. And despite close study, neither the reason for its remarkable colouration having arisen in the first place nor the reason for its persistence following a proper diet was ever uncovered.

Now, moreover, as I learnt today, courtesy of an online news video kindly brought to my attention on Facebook by Lazarro Baca, there is a second specimen on record. On 17 January 2012, media worldwide published reports of a certain male calf lately born in Jezdina - a small mountain village close to the Serbian city of Čačak - which is attracting considerable local interest and publicity, due to its remarkable purple colouration.

Having said that, in videos and still photos of it that I have seen so far, such as those included in this present blog post of mine, the animal variously looks grey and white or very pale lilac and white. In view of the appreciable attention that it is receiving, however, I am assuming that it appears more purple in colour when seen in the flesh. 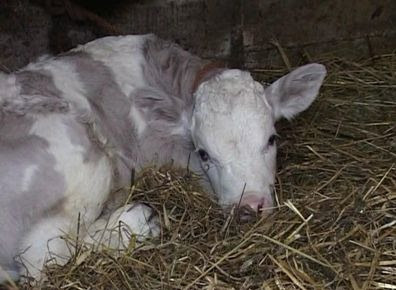 Its owner is farmer Radojka Glavonjić, who has stated that his unique calf will certainly not be sent to the slaughterhouse. Due to its resemblance to the famous purple cow emblem of Milka chocolate, Radojka would have named it Milka had it been female, but as it is male, he is toying with the idea of naming it either Milkan or Sladjan ('Cutie' in Serbo-Croat).

Veterinary surgeons who have examined this calf claim that it is perfectly healthy, and consider its unwonted colouration to be of genetic rather than external origin. It will be interesting to see whether the animal retains its purple shade as it matures. 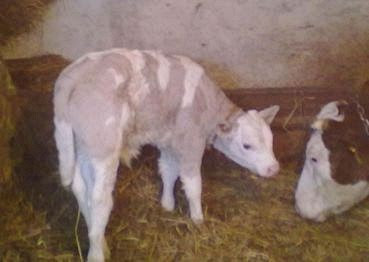 Serbia's purple calf with its mother

Speaking about the purple cow logo of Milka chocolate, cryptozoological colleague Markus Bühler has shared the following fascinating information with me:

"I am not completely sure if this is an urban legend, but apparently many children who lived in towns and had never seen a cow in life really assumed that cows are purple, as a result of the wide precence of purple Milka cows on tv and on chocolate."

A short video of Serbia's purple calf can be viewed on YouTube here.
Posted by Dr Karl Shuker at 21:08