PORTRAITS OF A POTOO – NEITHER AN AVIAN ALIEN NOR THE BIRD FROM HELL! 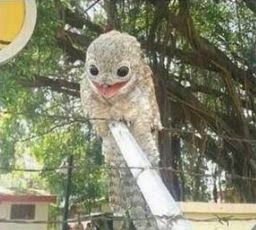 Facebook never disappoints me as a rich source of the exceedingly weird but also very wonderful when it comes to the animal world, and yesterday was no exception. During its early hours, I was browsing the recent posts of various FB friends when I came upon a quartet of photographs depicting a truly remarkable- (and macabre-) looking bird, equipped with a disproportionately huge mouth as well as large, unearthly black eyes. One of those four pictures opens this ShukerNature post, but here below are all four of them. Despite a prolonged internet search, I have been unable to uncover the identity of the person who snapped them. 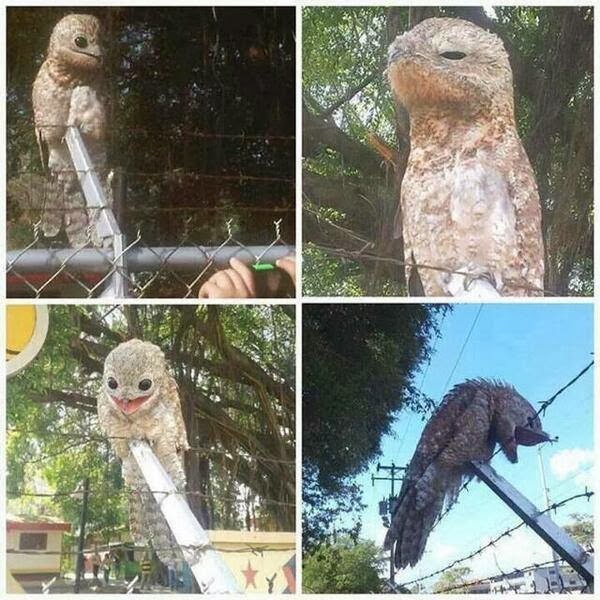 They had been posted by FB friend Michael J. Smith, who hoped that the bird portrayed in them was genuine, and I was happy to report that indeed it was.

The taxonomic order Caprimulgiformes contains five families, whose members are generally nocturnal and insectivorous. These families are:

Looking at the four photos, I readily recognised the bird to be a potoo. True, there is a superficial similarity to the frogmouths, but having recently seen and photographed a living specimen of Australia's tawny frogmouth Podargus strigoides at very close range, I could tell the difference straight away. 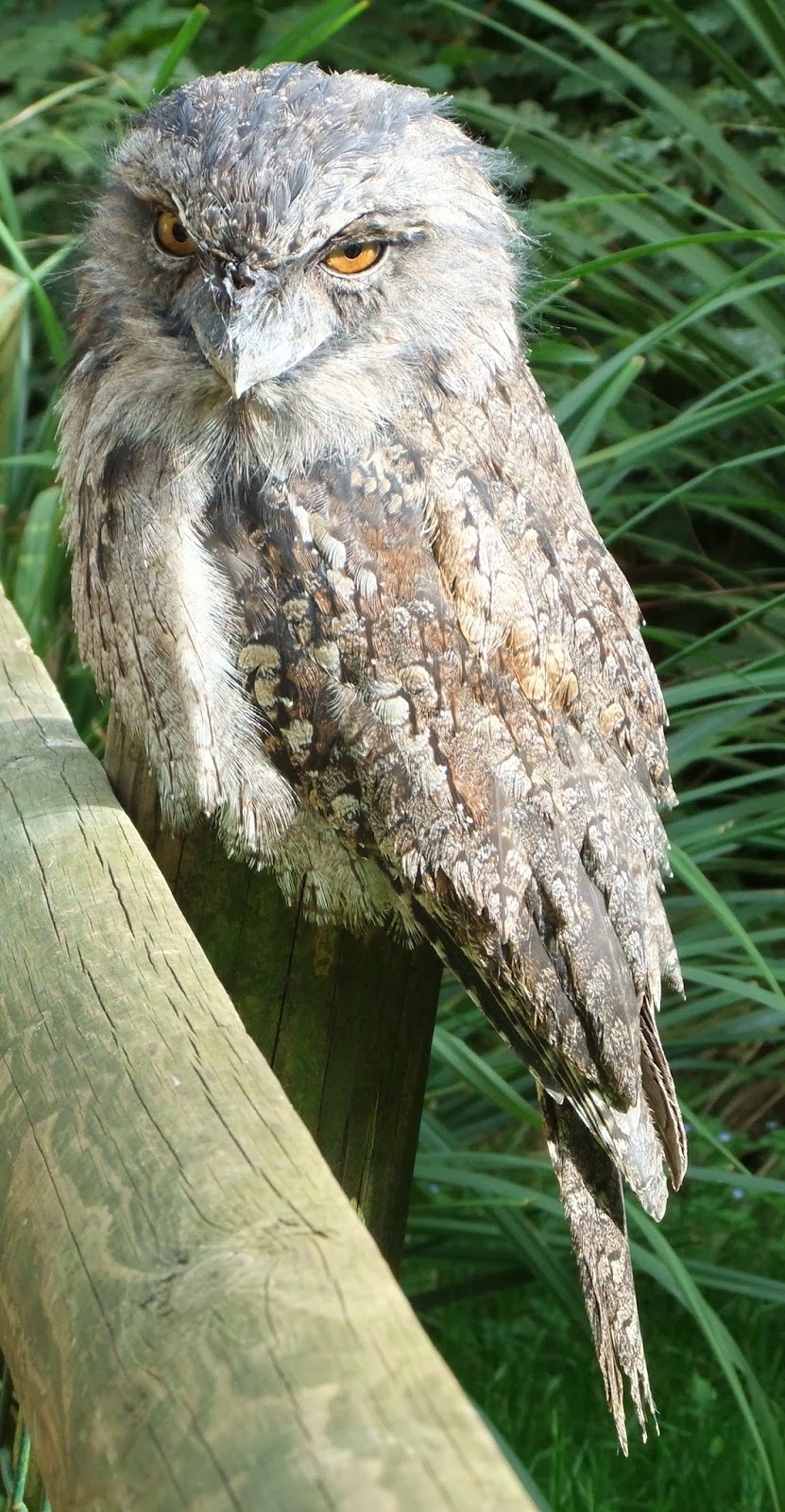 As a good rule of thumb, whereas both bird types have strikingly large mouths, those of potoos are much bigger than their beaks whereas those of frogmouths are much the same size as theirs. And as can be seen from the photo quartet, the bird depicted in them had a very small beak in proportion to its mouth.

Eager to discover the history of these photos, I spent some time searching for details online, but little could be found. They had apparently first attracted significant online interest just a couple of days earlier, when posted on the Reddit website, and had subsequently appeared on many others worldwide. However, I discovered that they had initially appeared much earlier, having traced one site that featured them in October 2013 and another that had featured them even further back, in mid-April 2013. On a Vietnamese website that I consulted (click here), it stated that the bird had allegedly been captured on the outskirts of a rural Venezuelan town, which if true provides further support for a potoo identity.

Judging from the comments on a range of other websites that I accessed, however, there has apparently been much wild speculation among non-ornithologists concerning the nature of this bird. Some contributors have voiced the opinion that it is an alien creature, or even a demonic entity, and others that it is an effigy or a taxiderm gaff (presumably one with a beak capable of opening and closing, judging from the differences in beak appearance present in the photos!) created specifically to fool or horrify its observers.

In reality, however, comparing the photos with confirmed potoo images online swiftly vindicated my opinion that it is merely a potoo, most probably the common potoo Nyctibius griseus (based upon both morphological and zoogeographical correspondence)

So is the mystery of the bird with the monstrously large mouth solved? Not quite. There is still the disconcerting matter of its uniformly black eyes to consider. This is because in the eyes of potoos, the black pupil is normally prominently ringed by a wide gold-coloured iris.

Having said that, when I did a Google image search of photos depicting the eyes of potoos (click here), I discovered quite a few photos of specimens with entirely black eyes. So how can this puzzling discrepancy be explained?

Could it be merely a lighting effect – the eyes appearing dark when viewed in subdued light? Bearing in mind that all potoos are nocturnal, it is more probable, however, that the pupil can dilate sufficiently in subdued light to obscure the gold iris encircling it.

Judging from the range of eye states represented in the photos thrown up in the above-mentioned Google image search, I suspect that the latter hypothesis is the correct one, but if anyone out there can offer further information, I'd greatly welcome details here.

"I think some (maybe many) bird species' eye colours change with age. My own African Grey parrot Gizmo's eyes were entirely black as a baby. Then his iris changed to white after the first year and now he is eight the iris will go increasingly yellow with age."

Finally: if you think that potoos look somewhat ghoulish, just wait until you hear what they sound like! Click here for the eldritch utterances of a great potoo Nyctibius grandis.