SPOTTING A LEOPARD MARTEN ON EBAY 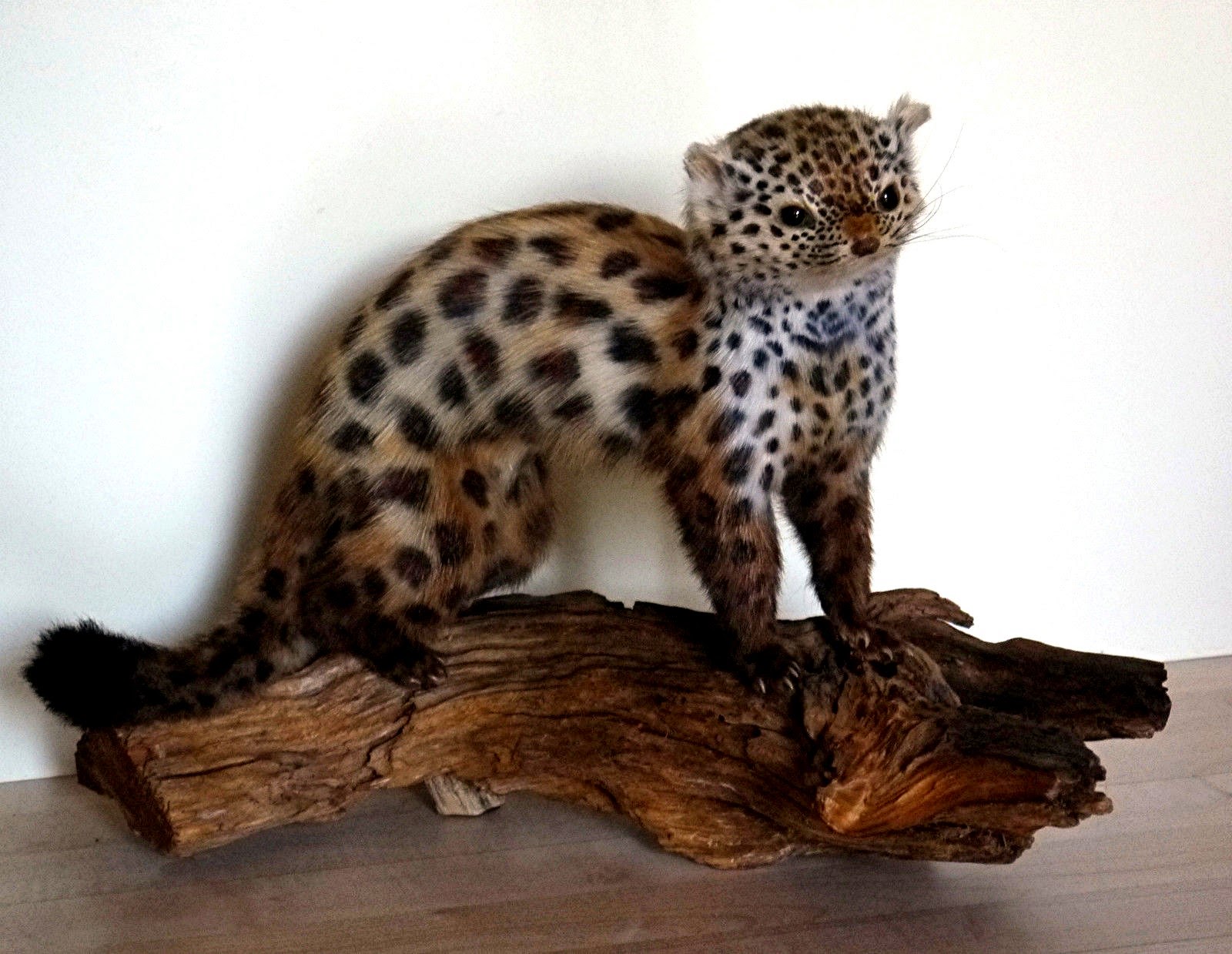 The global internet auction site Ebay may not seem a particularly likely source of anomalous animal specimens, but over the years some undeniably intriguing examples have turned up on it – from mouse-sized 'venomous water elephants' from Thailand (hoaxes) and a stuffed skunk ape head (hoax) to alleged bigfoot hair (?) and some sea urchins that were found to belong to a species hitherto-undescribed by science (true!).

The most recent addition to this exclusive if eclectic company was kindly brought to my attention on 16 December 2014 by Facebook friend Martin Cotterill. Listed on Ebay's German site, it consisted of a taxiderm marten specimen, but unlike any marten conceived by Mother Nature, this particular individual sported spots - a distinctly eyecatching pelage liberally dappled with large black blotches and also boasting a genet-like or even leopardesque background colouration. Indeed, as I stated when posting the images of this wonderful animal on my own Facebook timeline, if a marten could hybridise with a genet (which it can't!) the offspring might look something like this! 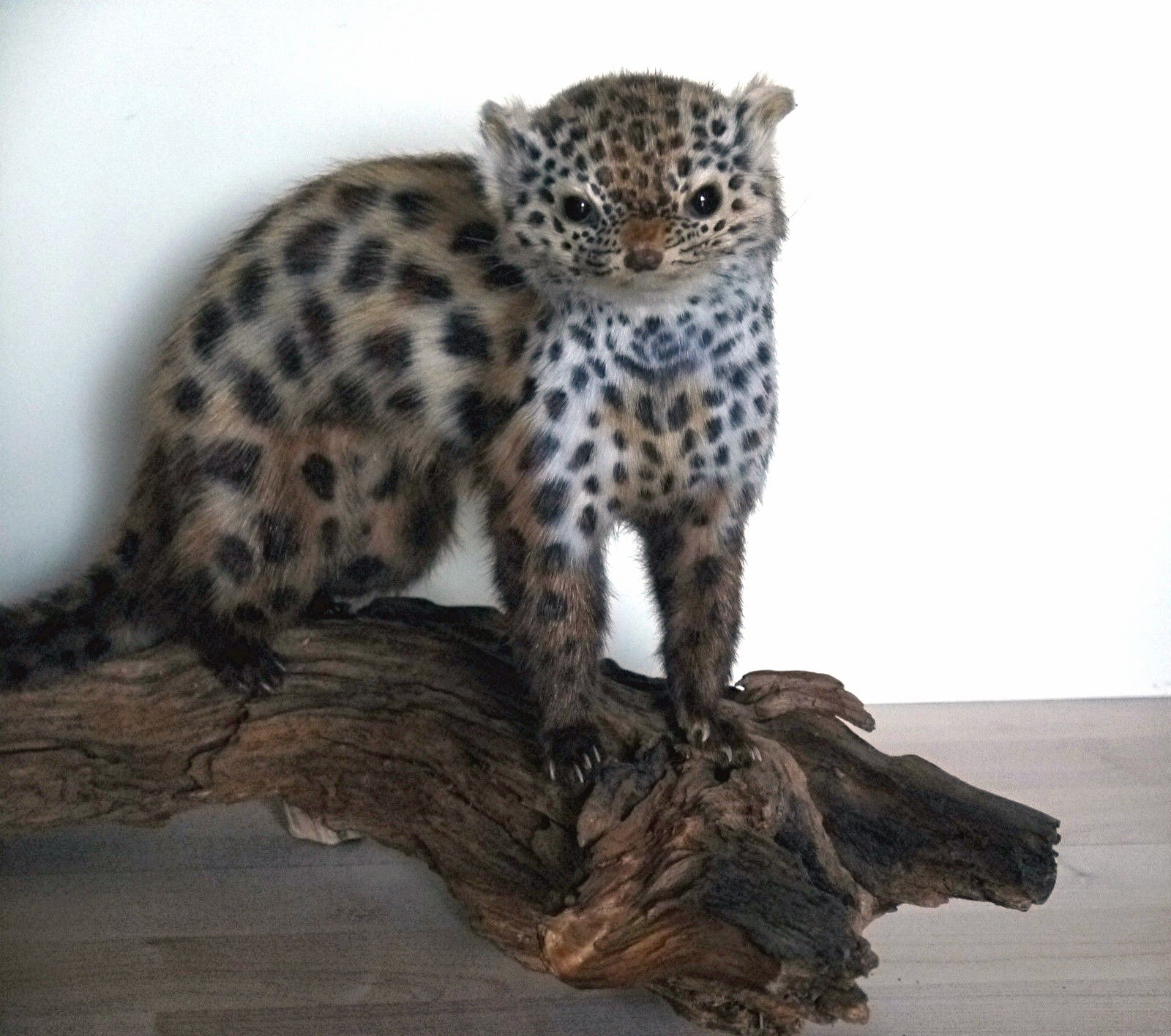 Obviously it was a fake, and in its Ebay listing's description its seller openly stated that it had been treated to look like a miniature leopard, so its spots had been deliberately added to it (in a decidedly professional, naturalistic manner too, I might add). Consequently, it was not an attempt to hoax anyone, merely to delight – which this veritable leopard marten definitely did. So much so that it attracted a sizeable number of watchers and bidders, and finally sold (on 21 December) for the very hefty price-tag of 208.88 euros! Click here to see its original listing while it is still online – like that of all sold items on Ebay, the listing will disappear within the next month or so.

Prior to its sale, however, and anxious to learn more about it but aware that my fluency in German has its limitations, I asked German cryptozoologists Markus Bühler and Markus Hemmler if they would make some enquiries on my behalf to the seller regarding this fascinating specimen, with particular emphasis upon the precise technique used to apply its coat's spotting in such an impressively naturalistic, expert way. Both of them very kindly did so (thanks guys!), and discovered that this spotted marten's seller was also its creator – a notable German artist called Gabriele Lüke. 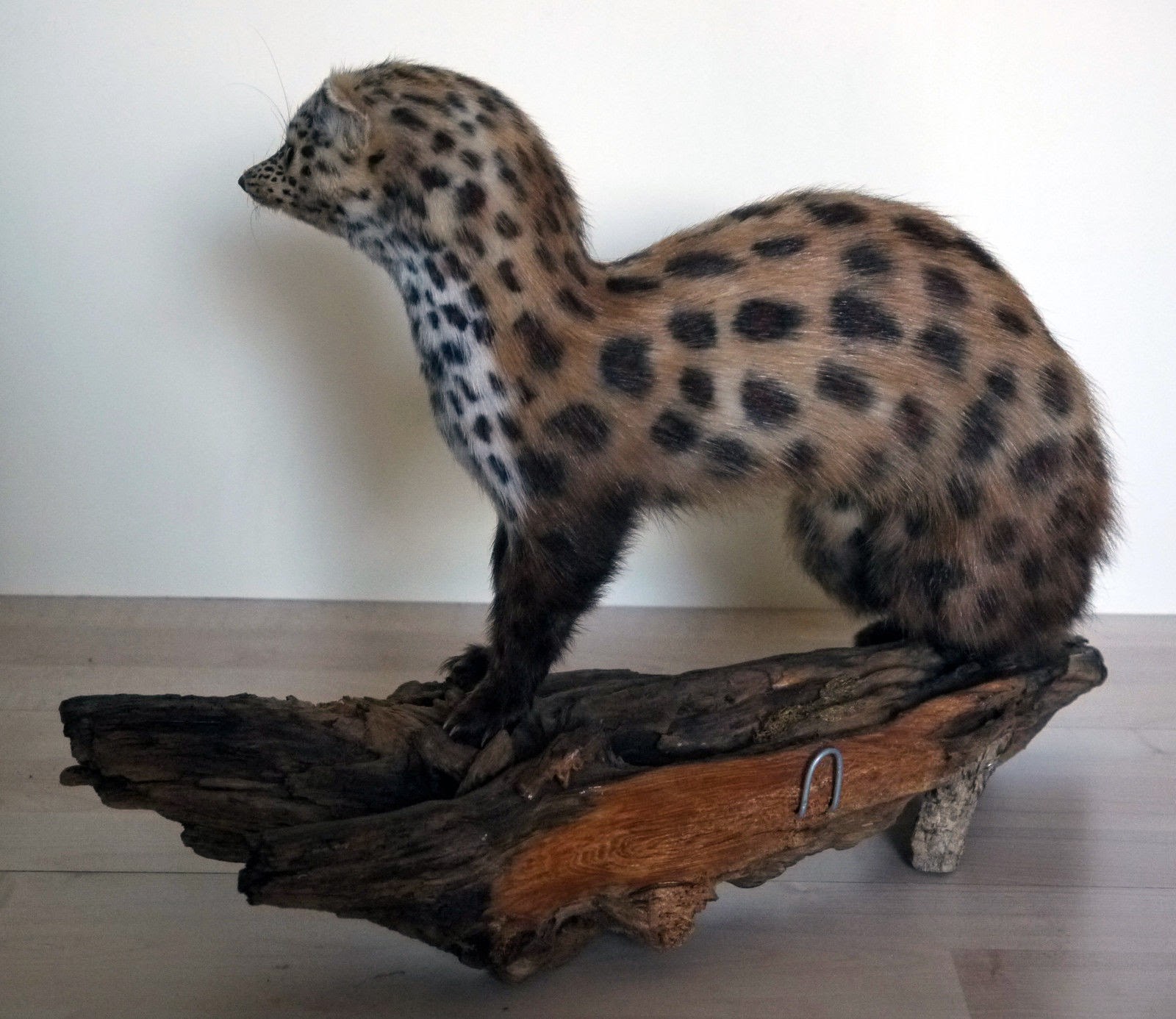 Gabriele stated to Markus Hemmler that she had no objection to my writing about the marten. However – and, albeit frustratingly but totally understandably too – she did not wish to reveal the nature of her technique for applying the spots to its pelage, because it is one to which she has devoted much time and money.

I had a very specific reason for wanting to learn how the spotting had been achieved so masterfully, a reason relating to a certain animal anomaly that has intrigued me for quite some time (and which I plan to document fully in a future ShukerNature post), but naturally I fully appreciate and accept Gabriele's wish for secrecy concerning her own particular technique. I also thank her most sincerely for so kindly permitting me to document her maculate marvel, and I hope that its successful bidder will treasure this unique, delightful animal.

If only such a photogenic creature truly existed – even the giant panda, Bambi, and the Andrex puppy might well struggle to compete with a leopard marten in the cuteness stakes! 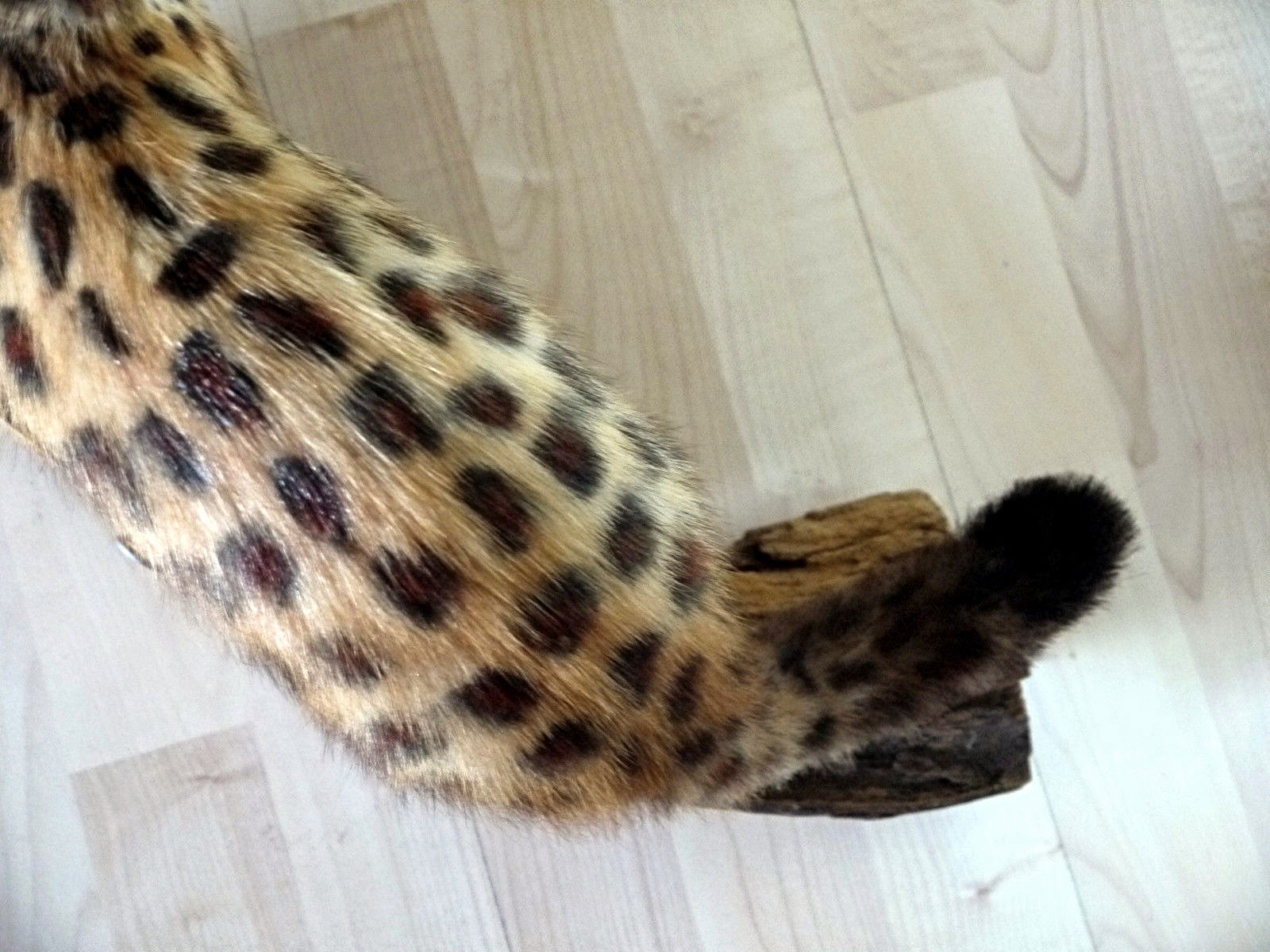