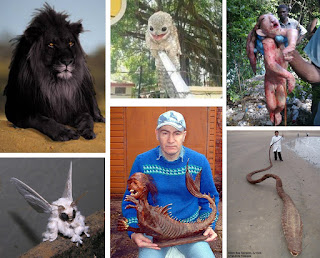 Welcome to my 500th ShukerNature blog post! To mark this momentous occasion, I have pleasure in presenting for your entertainment and interest the following equally momentous list – the Top Ten ShukerNature posts of all time, based upon hit counts. And here they are, each one with its own clickable direct link to the post itself.

#3: MYSTERY OF THE VENEZUELAN POODLE MOTH – HAVE YOU SEEN THIS INSECT??

First and foremost, melanistic cats – most especially black lions – clearly hold an abiding fascination for ShukerNature readers. The popularity of my all-time #1 blog post, exposing various online black lion photographs as photo-manipulated hoaxes, is truly, outrageously, and – above all else – inexplicably phenomenal! What on earth is it about black lions that should have generated well over 1 million hits for this particular post since I uploaded it just over 3 years ago, far more than any other ShukerNature post, and continuing to add to that count by the thousands each week?

Collectively, ShukerNature's 500 posts have garnered a total hits count of just over 5.1 million, which means that this one single post has contributed more than 20% of that total all by itself! Nor does it end there. A follow-up post of mine exposing a further black lion photo as yet another hoax also makes the all-time Top Ten ShukerNature posts list (coming in at #8), and my examination of the highly contentious issue of whether black pumas exist is at #5.

Equally perplexing is why four of the ten posts in this all-time Top Ten list originated from the very same month, August 2012, bearing in mind that I have been posting on ShukerNature from 20 January 2009 right up to the present day, and on a regular basis throughout that sizeable time span too. What was/is so special about that specific month, therefore, particularly as the four posts in question from it deal with four entirely different subjects? True, the poodle moth was attracting tremendous online interest at the time of my post, so that would definitely have helped focus attention upon it here on my blog too. And the term 'penis snake', as invented by the media for it, no doubt explains why a large but hitherto highly-obscure species of aquatic amphibian lacking limbs and lungs has received such a high hits count on here.

Certainly, there is no doubt that photos of weird animals that have gone viral online prove popular subjects for ShukerNature posts, especially those posts that investigate what the creatures portrayed in such photos are and whether such photos are genuine or fake. The success of my two black lion posts exemplify this trend, as do those dealing respectively with the poodle moth, the potoo, the alleged half-human half-rabbit hybrid, and the many bizarre beasts created by Takeshi Yamada.

As for the two remaining posts in this list, dealing with merfolk and giant snakes respectively, these are perennially popular cryptozoological subjects. Consequently, their presence should come as no surprise.

Looking back one last time at this all-time Top Ten list, there is no doubt that I could never have predicted which of my 500 ShukerNature posts would have made the cut. And when uploading the first of my black lion posts back in June 2012, a post that took no more than half an hour to prepare, I never dreamed even for an instant that it would become the runaway ShukerNature success story that it has done and still is, seemingly destined never to be overtaken by any other post on this blog of mine, regardless of its subject, and continuing to increase its count by significant amounts on a daily basis.

But what about the other nine posts in this list? Will they still be in the Top Ten when or if a 1000th ShukerNature post is uploaded one day? Who can say? If I've derived nothing else from this list, I have definitely learnt from it to expect the unexpected – which only serves to increase my passion for preparing further ShukerNature posts in the future, as well as my fervent hope that you will continue to enjoy reading and re-reading them. So here's to the next 500, and thank you all as ever for your continuing encouragement and interest in my researches and writings! 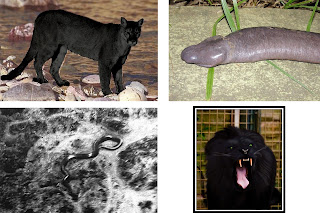