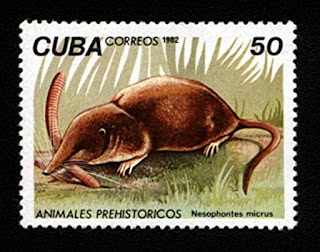 Prior to their discovery and colonisation by Europeans, the West Indies in the Caribbean Sea were home to a rich diversity of wildlife, including many unusual endemic forms, most of which, tragically, were soon wiped out by the afore-mentioned colonisation process, due in no small way to the introduction to these islands of a number of non-native predatory species, including rats, domestic cats and dogs, and even mongooses. However, it is possible that some of the endemics survived to later dates than officially confirmed – and in certain cases may still be alive today, awaiting formal rediscovery. In a previous ShukerNature blog article, I documented the strange story of the mysterious Jamaican monkey Xenothrix (click here). Now, here is a selection of some more of these contentious but extremely intriguing Caribbean creatures that I have investigated and written about.

The hutias constitute a series of coypu-related, muskrat-resembling species of rodent found only in the West Indies. Several of these are notorious for having been written off as extinct, only to be unexpectedly rediscovered years later. Indeed, in two separate cases the species in question was discovered alive several years after having been originally described from fossils. 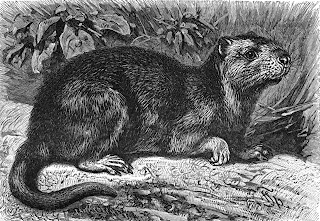 An engraving from 1894 depicting the Cuban hutia (aka the hutia-conga) Capromys pilorides – up to 3 ft long, it is the largest true hutia, but is much smaller than the now-extinct giant hutias (public domain)

Long ago, however, they shared their islands with some much bigger relatives, loosely termed giant hutias. According to traditional zoological dictum, all of these became extinct well before the West Indies were reached by Europeans, but there is some intriguing evidence to suggest otherwise – the apparent post-Columbus existence here of a curious creature known as the quemi.

This is the name of a mysterious rodent mentioned by explorer Gonzalo Fernández de Oviedo y Valdés in his 16th-Century account of Hispaniola. It was said to be brown in colour, like this island's hutias, but larger in size. Yet following Oviedo's report, nothing more was heard of the quemi – until the 1920s.

That was when some bones of a large, previously unknown species of rodent were discovered in a cave near a plantation at St Michel, Haiti, on Hispaniola. After studying them, Dr Gerrit Miller of the Smithsonian Institution identified their owner as a representative of Oviedo's obscure quemi, and in 1929, within his formal description of the bones, Miller named their species Quemisia gravis. Remains have since been found in the Dominican Republic on Hispaniola too. Moreover, this species was apparently a traditional item of food for the native Hispaniolans, as its limb bones have been found in early kitchen middens.

Today, the quemi is also known as the twisted-toothed giant hutia - but whatever happened to it? Researchers believe that this interesting rodent died out soon after the arrival on Hispaniola of the Spaniards, and certainly no later than the 16th Century's close – yet another irreplaceable island endemic that simply couldn't compete with the arrival of humankind and its ever-attendant array of introduced species, particularly the black rat.

Having said that, in 1989 one researcher speculated that Oviedo's description of the quemi may not have been a reference to Quemisia gravis after all, but instead to Plagiodontia velozi (aka P. ipnaeum). This is a now-extinct species of Hispaniolan hutia known as the Samana hutia, whose remains have been found with those of black rats, thus suggesting that it was still alive when the first Europeans and their stowaway rodent entourage first reached this Caribbean island in 1492.

The Samana hutia may also (or alternatively) be the identity of a second mystifying, still-unclassified Hispaniolan rodent. Known locally as the comadreja, this cryptid allegedly survived here until the 20th Century.

Yet another Caribbean mystery mammal that may be hutia-related is the so-called 'Spanish racoon' mentioned in Dr Patrick Browne's The Civil and Natural History of Jamaica (1756). Including it in a listing of six species of mammal that he collectively termed Mus (which is the genus housing the common, typical species of mouse within the taxonomic family Muridae), Browne claimed that this creature was not native to Jamaica but was frequently imported there from Cuba (where it was very common). He stated that it sported fairly rough fur; rabbit-like eyes, teeth, and lips, but wider nostrils, and shorter, smaller ears; plus a straight, tapering, hairy tail; and that it exhibited a vegetarian diet. 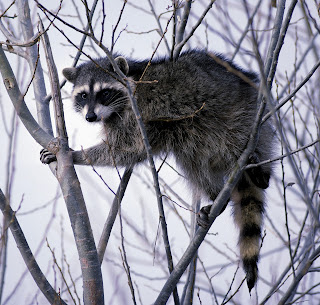 A North American raccoon, which certainly does not match the decidedly rodent-reminiscent description given by Browne for the so-called Spanish raccoon (public domain)

Interestingly, raccoons did formerly exist in Jamaica (and Cuba), but they were exterminated there by Spanish colonists who hunted them for their meat, with the last sightings reported in 1687 (and they were wiped out even earlier in Hispaniola, by 1513). However, no raccoon species corresponds with the verbal portrait by Browne given above, or is vegetarian, and it would be decidedly odd to categorise a bona fide raccoon as a mouse. Conversely, the Spanish raccoon as described by Browne was evidently a rodent. Consequently, when referring briefly to this enigmatic animal within his standard work Extinct and Vanishing Mammals of the Western Hemisphere (1942), American mammalogist Dr Glover M. Allen speculated that "it was probably the larger Cuban hutia, Capromys pilorides". Although this identification is certainly very plausible, it has never been formally confirmed, so the mystery of Browne's 'Spanish racoon' remains officially unresolved.

Looking like large rats with very long, attenuated snouts, solenodons may not seem very prepossessing in appearance, but they have great zoological significance, as they represent the last of an ancient line of insectivorous mammals stretching back 30 million years. 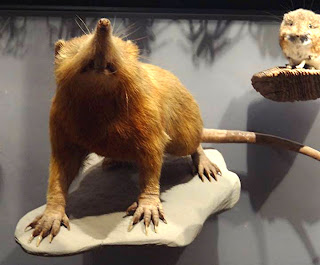 Now wholly confined to the West Indies, there are just two surviving species - the Hispaniolan solenodon Solenodon paradoxus, and the Cuban S. cubanus (of which only its black-and-white subspecies S. c. poeyana is still extant; no specimen of its buff-headed type subspecies S. c. cubanus has been reported since 1944). Both species are extremely rare, and have been written off as extinct on several occasions in the past, as chronicled in my three books on new and rediscovered animals. 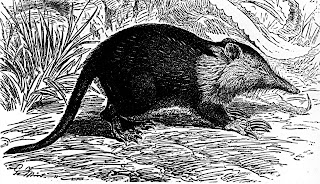 A smaller and more obscure third species of solenodon, Marcano’s solenodon S. marcanoi, is known only from geologically-recent skeletal remains, found in the Dominican Republic on Hispaniola, whose species was formally described and named in 1962. Because they were found in association with remains of Rattus rats (introduced onto Hispaniola by European settlers), it is believed that this diminutive solenodon persisted beyond Hispaniola’s initial European colonisation by Columbus during the late 1400s, but was wiped out soon afterwards by the rats once they arrived aboard Spanish vessels during the early 1500s,

Another family of unusual insectivores (or, to be precise, eulipotyphlans) exclusive to the West Indies consisted of the nesophontids. These were shrew-like mammals of varying sizes (one of the 6-12 currently-recognised species was as large as a chipmunk) that supposedly died out during the 17th Century on the cluster of Caribbean islands (Cuba, Hispaniola, Puerto Rico, and two of the Cayman Islands) constituting their homeland. In 1930, however, some nesophontid bones and tissues extracted from a mass of owl pellets discovered in the Dominican Republic, Hispaniola, were found to be so fresh that it seemed possible that the individual(s) from which they had derived had been killed only a short time before. This encouraged Dr Gerrit Miller to speculate that some nesophontids may still exist after all, but radiocarbon-dating of such fresh-seeming pellets has so far failed to substantiate any 20th-(or 21st-) Century survival. 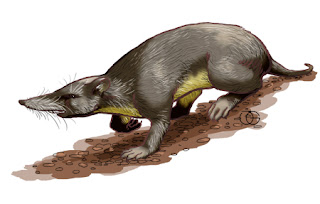 Nevertheless, certain researchers have suggested that some nesophontids may indeed have persisted until at least the early 1900s. Having said that, a 10-week survey of West Indian mammals conducted on Hispaniola and Puerto Rico by Jersey Wildlife Preservation Trust researchers during the 1980s failed to uncover any evidence of current survival for them. Nevertheless, given the extremely elusive nature of their solenodon relatives on Hispaniola and Cuba, perhaps there may come a time when the nesophontid family will indeed be resurrected.

This ShukerNature article consists of excerpts from my books The Menagerie of Marvels and The Encyclopaedia of New and Rediscovered Animals. 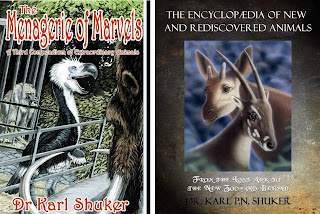