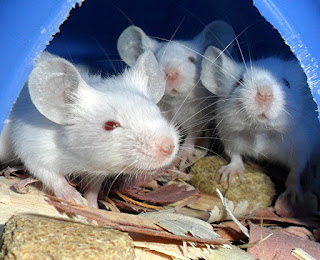 White mice on the bottom of Loch Ness? Surely not… lol (public domain)

On 20 September 1981, an article penned by George Rosie on the subject of some very intriguing mystery beasts in miniature that had lately been filmed in Loch Ness appeared in no less august a publication than the Sunday Times. During July of that year, Mike Carrie and Jim Hogan had been scouring the loch bottom seeking the 29-year-old wreck of British racing driver John Cobb's jet speedboat, Crusader. (Tragically, Cobb had met his death on the loch after hitting at over 200 mph an unexplained wake - deemed by some to have actually been the LNM - while attempting to break the world water speed record on 29 September 1952 in Crusader, which had then sunk.)

They had been using a specialised underwater television camera that amplified light 2,500 times (essential in the peaty waters of Loch Ness) and was from Carrie's own company, Submersible Television Surveys Ltd. For some time, nothing but barren mud and rocks could be seen, then suddenly some small white life-forms flitted into view, which Carrie and Hogan videoed. According to Carrie:

I can best describe then as giant white tadpoles. They were about two or three inches long, white or pale grey in colour, seemed to have tails and swam just above the bottom.

They propelled themselves along the bottom in a jerky way. We knew what size they were because there was an extension to the camera to measure them against.

Greatly intrigued by these highly unexpected and very baffling yet seemingly uncommon mini-monsterlings (they only saw a handful during 3 weeks of filming), Carrie and Hogan submitted their videotape of them to Dr P. Humphrey Greenwood, an ichthyologist at London's Natural History Museum (NHM), for his opinion as to what they may be. Equally fascinated, Dr Greenwood arranged for some computer-enhanced outlines of the mystery beasties to be prepared, which in turn revealed that they seemed to have three pairs of limbs or limb-like protuberances. 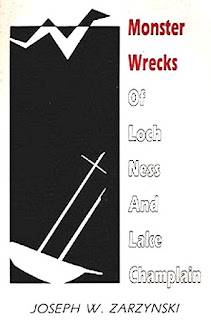 In a letter dated 18 April 1985 sent to veteran Lake Champlain monster investigator Joseph W. Zarzynski, who had written to him enquiring about this mystifying species, Greenwood stated:

On the subject of that object I am certainly prepared to say that the information on its size, and from what I could determine of its form and locomotion in the videotape, I would suggest that it was a small crustacean, and certainly it was no vertebrate animal that I could identify as being part of the fauna of Loch Ness.

Zarzynski reproduced the above quote in a short chapter devoted to these entities (and also to Tullimonstrum – see more about this enigmatic creature here on ShukerNature) in his book Monster Wrecks from Loch Ness and Lake Champlain (1986).

Additionally, Rose had noted that Greenwood's best guess was that (in Rose's words): "it could be some kind of bottom-dwelling crustacean, hitherto unknown in Loch Ness, similar to some found in other deep-water lakes such as Lake Baikal in Siberia".

When I read Rose's account in the Sunday Times, I thought straight away of amphipods, which are usually very small, superficially shrimp-like crustaceans represented by both marine and freshwater species. Some of these do have long tails and are often pale in colour, but they sport more than three pairs of legs (though some are only very small and slender, and thus may not have been rendered visible even by the computer-enhancement techniques that the NHM applied to the Carrie-Hogan videotape). So could these loch-bottom mini-monsterlings constitute a new species? Quite possibly - but without a specimen to examine, their taxonomic identity presently remains unresolved.

Interestingly, however, the latter videotape was not the first evidence for the existence of Loch Ness's 'white mice' (the name by which these still-unidentified life-forms are most commonly known nowadays), or at least something like them. As far back as 1972, at around the same time that they obtained their famous underwater 'flipper' photographs in the loch, longstanding Nessie seeker Dr Robert Rines and his team from the Academy of Applied Science (AAS) also filmed what may be the same 'white mouse' species, or possibly a smaller, related version, or even a juvenile version.

A photographic still from that film, which appeared in the AAS's 1972 publication, Underwater Search at Loch Ness, depicted a pale mystery monsterling tha was somewhat bumblebee-like in shape (hence Rines and his team nicknamed such creatures 'bumblebees'). However, it sported a pair of long appendages stretched out horizontally that made it look surprisingly similar to those familiar surface-dwelling freshwater hemipteran insects known as water boatmen (genus Corixa) and backswimmers (genus Notonecta). I am greatly indebted to American lake monster researcher Scott Mardis for kindly sharing with me several additional stills from the AAS's 'bumblebee' film, made available in turn to him by LNM investigator Dick Raynor, which corroborate this mystery creature's morphology as seen in the photograph contained in the AAS's above-noted 1972 publication. 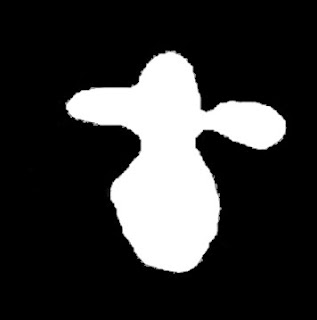 Scott has likened the 'bumblebee' form to a veliger (the larva of gastropod molluscs), whereas Canadian cryptozoologist Sebastian Wang has compared it with tiny shelled crustaceans known as ostracods, and Loch Ness veteran Adrian Shine has suggested a cladoceran crustacean (aka water flea) from the genus Bythotrephes. Some mystery beast investigators have even speculated that perhaps it is a larval form of Nessie itself, but unless the latter is an invertebrate, as these 'white mice' and 'bumblebees' must surely be, this notion is untenable.

However, such a huge body mass as possessed by the adult Nessie (judging at least from eyewitness accounts) would surely require an internal skeleton in order to support it and give it shape, which thereby argues against an invertebrate identity for the LNM. This telling point was noted by American college student Jay Cooney in an interesting article dealing with Loch Ness's monsterlings, which he uploaded onto his Bizarre Zoology blog on 30 March 2014. (Unfortunately, however, this particular article later developed image-corruption problems, so Jay subsequently removed it from his blog.) 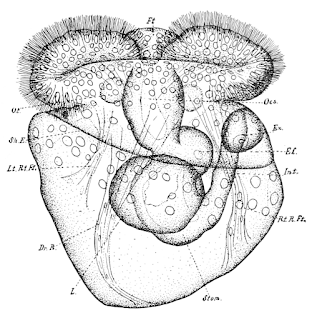 'White mice' and 'bumblebees' are not the only unexplained life forms discovered in Loch Ness. Once again in 1981, but this time in April via a scientific paper written by Dr T.B. Reynoldson and two fellow University College of North Wales zoologists, and published in the Journal of Zoology, the remarkable news was made public that a creature which could legitimately be described as an alien worm had been discovered here too, and in some numbers. More specifically, it was Phagocata woodworthi, a species of North American triclad turbellarian flatworm not native to Europe and never previously recorded from anywhere outside the New World.

Up to 1.2 in long and 0.2 in wide, dark grey, brown, or almost black dorsally, paler ventrally, dorsoventrally flattened, and sporting a truncate head, this out-of-place (o-o-p) invertebrate (o-o-p species are often referred to loosely as alien species) is known to attach its cocoons with limpet-like efficiency to the bottoms of maritime vessels. However, the likelihood that these could remain in situ during an entire transatlantic crossing seems unlikely – plus, few vessels traversing the Caledonian Canal have come from America anyway. So how did this species reach Loch Ness?

With ultimate irony, researchers have concluded that the likeliest sources of these worms are none other than the various monster-hunting vessels that have been transported down through the years from North America directly to the loch, in particular a mini-submarine imported here in 1977.

This ShukerNature blog article is excerpted from my forthcoming book, Here's Nessie! A Monstrous Compendium From Loch Ness – out soon! 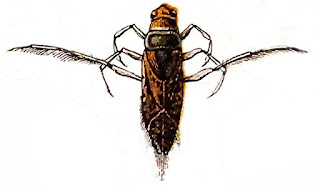