A QUINTET OF QUAGGA PHOTOGRAPHS 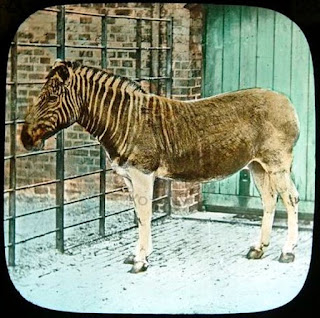 A very attractive colourised version of one of the five known photographs of a living quagga (colourising © Michael/Flickr CC BY 2.0 licence)

The quagga Equus quagga quagga was formerly the southernmost subspecies of the plains zebra until its extinction in 1883 – a tragic loss resulting from its extermination via over-hunting in its native South African grasslands and scrublands domain by 1878, followed by the eventual deaths of the few specimens left in captivity. The very last of these specimens died in Amsterdam Zoo on 12 August 1883, this fateful day thus becoming the quagga's official extinction date. However, it remains famous even today for being the only semi-striped zebra – i.e. only its head, neck, and forequarters were striped, the remainder of its body and its legs entirely lacked any such markings.

For many years now, the Quagga Project in South Africa has been attempting to 'breed back' the quagga's distinctive outward appearance (phenotype) using individuals of the closely-related Burchell's zebra that exhibit reduced striping, and it has achieved some degree of success. Yet even if or when exact quagga lookalikes are indeed created, they cannot really be deemed 'true' quaggas, because there is currently no way of confirming whether their genetic make-up (genotype) is comparable with that of the original, real quaggas, or whether the genetic route taken in producing these facsimile quaggas is the same one that occurred naturally during the quagga's original evolution. Nevertheless, I still consider it a very worthwhile goal, because the sight of quagga-like animals re-inhabiting the lands where the original quagga once roamed would be nothing if not inspirational, so I sincerely hope that the Quagga Project will be fully successful in its ambition to re-create at least in outward form this very iconic animal. Please click here to visit the Project's official website for full details of its history and ongoing work. 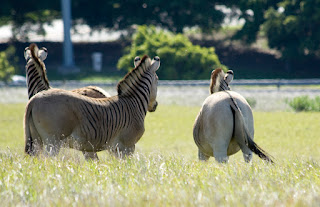 Meanwhile, during last weekend a lively debate took place on Facebook between some friends of mine, stemming from various incorrect information on this subject present in certain websites, which wrongly claimed that only one photograph depicting a live quagga existed, and that this specimen was from Amsterdam Zoo. Consequently, as the quagga has long been of great interest to me, now seems like as good a time as any for me to present the full, correct facts concerning this particular facet of its history.

Our visual knowledge of the quagga in the living state is based not upon one but upon five separate photographs. All of them in black-and-white format, these are currently the only known images obtained of a live quagga, and they all depict the same individual, which, moreover, was housed not at Amsterdam Zoo but at London Zoo. An adult mare, she was the second of three quaggas to be exhibited there, having been purchased by the zoo from animal dealer Carl Jamrach on 15 March 1851. She died on 15 July 1872, but her mounted skin is on display at Edinburgh's Royal Museum of Scotland, and her skeleton is housed in the USA at Yale University's Peabody Museum (it was purchased for the museum during the late 1800s by celebrated dinosaur fossil collector Othniel C. Marsh for the princely sum of £10).

And now, presented in decreasing order of familiarity and accompanied by what information (sometimes only very sparse) is known about each one, here is the quintet of famous – and not-so-famous – quagga photographs portraying her. As every one of them is well over a century old, all five of these photographs are in the public domain. 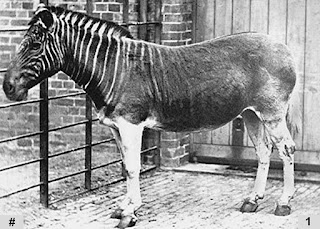 This is unquestionably the best known and also the best quality-wise of the five photographs of a living quagga – so much so that many modern-day variations of it have been created, including mock-sepia ones, fully colourised ones (like the beautiful example opening this present ShukerNature blog article), and even ones in which the quagga has been cut out of the original photograph and superimposed onto entirely different backgrounds.

According to Dr Philip L. Sclater, then Secretary of the Zoological Society of London (ZSL), writing in 1901, the original b/w version of this photograph was prepared from a magic lantern slide produced by photographer Frederick York (1823-1903), most probably during summer 1870. 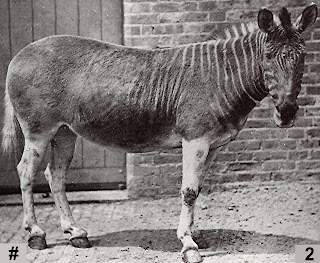 Almost as well known as Photo #1, this photograph was also prepared from a magic lantern slide produced by Frederick York, and at much the same time as Photo #1 too, i.e. probably during summer 1870. 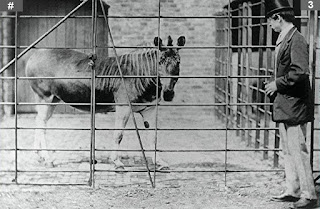 This photograph was taken by Frank Haes (1832-1916) in 1864 and utilised by him in the production of a stereoscopic photo-card, to be viewed through a special instrument known as a stereoscope, which yielded a dramatic 3-D effect (similar to the effect produced by that very popular children's viewing device from the 1960s onwards called the View-Master – I still have mine!). The gentleman in the photo was a zookeeper, and the quagga was in one of the yards of the 1859 Equid wing of London Zoo's Antelope House, later demolished to make way for the Elephant and Rhinoceros pavilion. 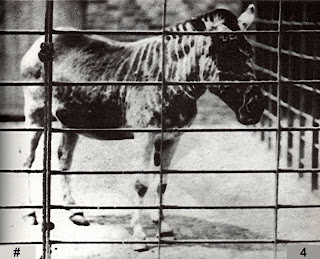 Far less famous than the preceding three, this photograph was probably taken during the 1860s, and by a photographer whose name is apparently unrecorded. Only two original prints of it are known, one of which was discovered as recently as 1991 in Munich by Walter Huber; until then, the only known print was one housed in the collections of London's Natural History Museum. This particular quagga photograph has long intrigued me because the angle at which it was shot has rendered the quagga's legs sufficiently short and foreshortened its body to an extent that makes it look remarkably foal-like rather than the fully adult specimen that we know it to have been. 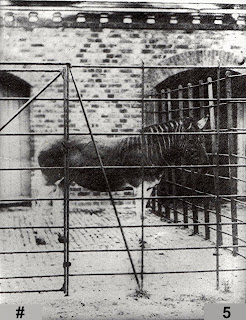 Photo #4 is often referred to as the least-known of the quagga quintet, but in my opinion this accolade should be bestowed upon Photo #5. For whereas Photo #4 has appeared in a number of publications and websites, Photo #5 has hardly appeared anywhere – indeed, until I uploaded this present article of mine onto my blog I had yet to see it anywhere online. As with Photo #4, it was probably taken during the 1860s, but again the identity of the photographer is presently unknown.

So there they are, five brief snippets of time from the life of a creature whose kind no longer exists thanks to our own species' bloodlust, but preserved for all eternity in the still silence of these photographs, captured in monochromatic majesty by the camera lens as surely and as securely as erstwhile insects are encapsulated within golden globules of amber.

In view of the (very) varying accuracy of information on this subject presently available on the internet, you can be reassured that this ShukerNature article's information was derived from two ultra-reliable, hard-copy sources, which also constitute two of my favourite publications. 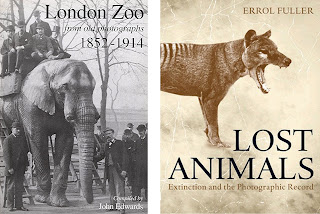 One of these sources is a superb collection of vintage photographs in book form, which was compiled, written, and published by celebrated London Zoo historian and longstanding friend John Edwards, entitled London Zoo From Old Photographs 1852-1914. It was originally published in 1996, but in 2012 it was republished as a second edition containing many additional photos. Both editions include some scientifically valuable yet poignant photographs of several different animal forms (not only the quagga) that were formerly exhibited at London Zoo in the living state but which have since become extinct.

My other source, also written by a longstanding friend, is a magnificent, unique book entitled Lost Animals: Extinction and the Photographic Record, authored by Errol Fuller, an acclaimed expert on extinct fauna. It was published in 2013, and is devoted entirely to documenting rare photographs of living creatures belonging to species or subspecies that later became extinct. Again, fascinating but exceedingly poignant, the photographs generating a depth of emotion that not even the greatest artworks depicting such creatures can elicit, because when we view such photos we are, in a very real sense, viewing these lost creatures' ghosts, traces of their former existence that have transcended death to remain visible long after the creatures themselves have vanished forever from our world. 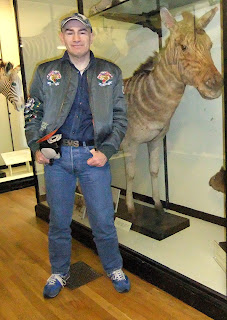 Speaking of artwork, here are two of the finest quagga paintings based upon living specimens: 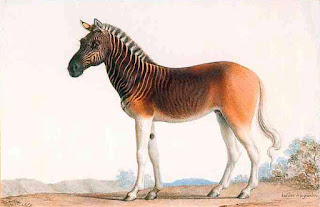 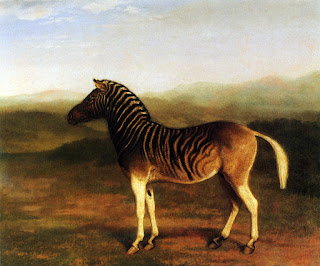 And finally, here is one of the various mock-sepia versions of Quagga Photo #1 that I have encountered while browsing online: 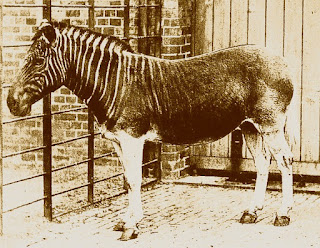