A BLENNY FOR YOUR THOUGHTS - HEUVELMANS'S MIDGET BLENNY (AS WAS), TO BE PRECISE 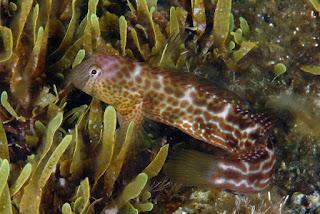 Side view of the Caneva combtooth blenny (public domain)

True blennies (aka blennioids, to distinguish them from a range of other, only distantly-related fishes also frequently dubbed 'blennies') are generally small, elongate fishes superficially reminiscent of gobies and dragonets, but collectively belonging to six taxonomic families housed within the perciform suborder Blennioidei. Over 800 species are currently recognised, some of marine persuasion, some brackish, and some freshwater, but in recent times this number has decreased by one due to an unexpected taxonomic twist.

It all began in February 1986, when a new species of combtooth blenny was described by French ichthyologist Dr François Charousset in a paper published by the periodical Ezhegodnik Zoologicheskogo Muzeya Akademiia nauk SSSR and also in a version of it published by Clin d'Oeil, after two specimens had been collected by him in Mediterranean waters off Croatia's Istrian coast (specifically in Istria's Zelena Laguna). A small, yellow-headed blenny, just under 3 in long and commonly known locally as the midget, such a relatively unspectacular fish and its discovery would not normally be considered particularly remarkable or significant. 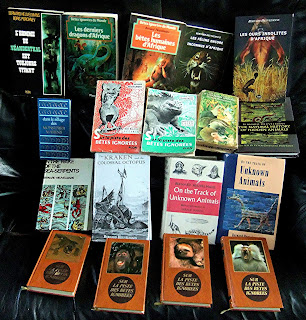 Yet the midget was noteworthy, because it epitomised the definition of a cryptozoological animal. Namely, a species (or subspecies) known to the local people sharing its domain, but whose existence has long remained unconfirmed by science. So it was with the midget, reported by the locals for several decades but eluding scientific detection until Charousset's collection of the two Istrian specimens. 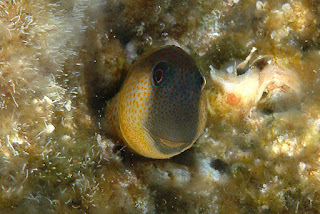 A male specimen of the Caneva combtooth blenny spawning, clearly displaying the very broad black facial stripe that mature males of this species develop as a secondary sex characteristic during the breeding season (public domain)

Unfortunately, however, that honour has now been rescinded for taxonomic reasons. In 2015, via a scientific paper published in the journal Naturalista Siciliano (series 4, vol 39, no, 2, pp. 97-103 – accessible online here), a four-strong team of Italian researchers that included marine ecologist Francesco Tiralongo and cryptozoological researcher Lorenzo Rossi closely compared the morphology of one of the midget's two procured specimens (which had been preserved in alcohol in the Museum of Lausanne, Musée Cantonal de Zoologie) with that of a mature male specimen of the closely-related Caneva combtooth blenny Microlipophrys [formerly Lipophrys] canevae sampled in Italy's Tyrrhenian Sea during its species' breeding season. The team could not find any taxonomically significant differences between the two fishes.

Growing up to 3 in long, M. canevae is native to the Mediterranean and also to the northeast Atlantic Ocean near Portugal, and for much of the year both sexes of this species exhibit a uniformly yellow head. During the breeding season, however, lasting from April to August each year, mature males develop as a secondary sex characteristic a very broad black stripe running centrally up their face, from the lower edge of the jaw upwards to the first ray of their dorsal fin – and of particular significance, this exactly matches the appearance of the face of the two Heuvelmans midget specimens, both of which just so happened to have been collected by Charousset in June. i.e. right in the middle of the breeding season for M. canevae. 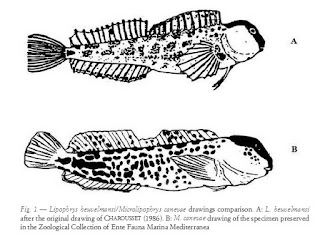 Consequently, taking this and all of the other morphological similarities fully documented by them in their paper into consideration, the team concluded that the two L. heuvelmansi specimens were nothing more than mature males of M. canevae. So, as these two species are apparently conspecific, and because M. canevae had been formally named and described way back in 1880 (i.e. over a century before L. heuvelmansi), the team affirmed in accordance with the rules of nomenclatural precedence that L. heuvelmansi should be considered hereafter to be merely a junior synonym of M. canevae.

My sincere thanks to Lorenzo Rossi for very kindly bringing his team's revelatory paper to my attention recently. 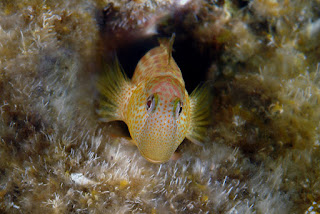