THE BLUE RHINOCEROS - IN QUEST OF THE KEITLOA 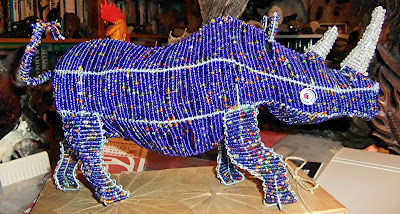 During the 1800s, the standard natural history tomes documented a number of intriguing animals that seem to have slipped quietly into obscurity today. One such ex-creature is a mysterious African rhino - the exotic-sounding blue rhinoceros. It was apparently named after its greyish-blue colouration, although some illustrations of it (such as the famous, much-reproduced example below) depicted it with a brown hue, but was also referred to, rather more mundanely, as Sloan’s rhinoceros or the keitloa. 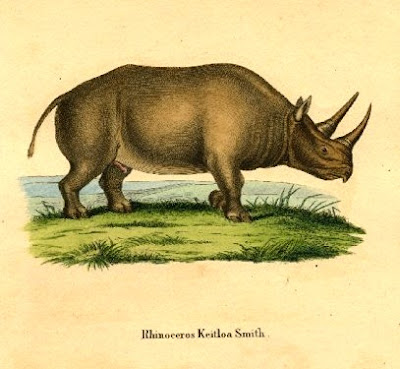 
Known scientifically as Rhinoceros keitloa, this was a relatively rare form, distributed sparingly south of the Zambezi, and not usually gregarious. In his Illustrated Natural History (1859-63), Rev J.G. Wood noted:

The keitloa can readily be recognised by the horns, which are of considerable length, and nearly equal to each other in measurement. This is always a morose and ill-tempered animal, and is even more to be dreaded than the borele [black rhino], on account of its greater size, strength, and length of horn. The upper lip of the Keitloa overlaps the lower even more than that of the borele; the neck is longer in proportion, and the head is not so thickly covered with wrinkles. 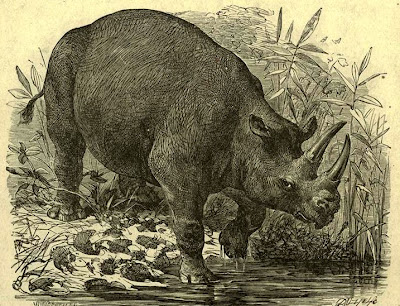 The blue rhinoceros as depicted in Wood's Illustrated Natural History

Formidably belligerent it may be, but some naturalists considered its credentials as a distinct species to be rather less impressive. W.B. Dawkins and H.W. Oakley, for example, within Prof. P. Martin Duncan’s Cassell’s Natural History, Vol. 2 (1883-9), commented that the blue rhinoceros or keitloa differed little from the black rhino, except for the shape of the head:

...which is somewhat shorter and broader, and it has a less prehensile lip. Its chief characteristic is the posterior horn, which is flattened at the sides, being of almost equal length to the anterior, and even occasionally longer, twenty inches and twenty-two inches being about the average. 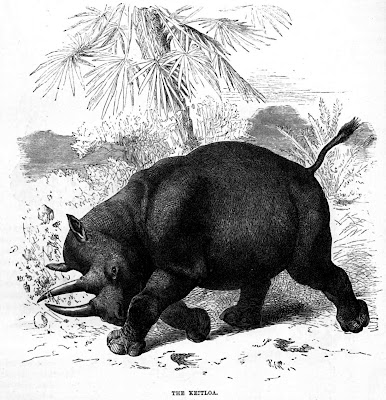 The blue rhinoceros as depicted in Cassell's Natural History

A short-lived controversy ensued during the second half of the 1800s, which was finally ended by the famous explorer Captain Frederick Selous. In a comprehensive paper published in the Zoological Society of London’s Proceedings for 1881, and referring to an extensive collection of horns, Selous demonstrated conclusively that blue and black rhinos belong to the same species. 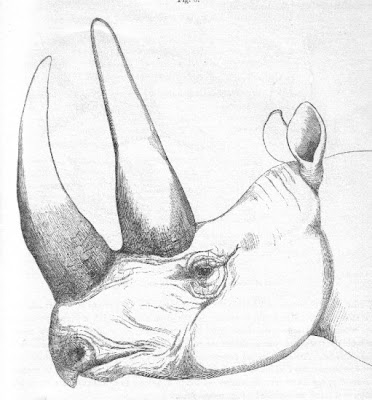 Head of a blue rhinoceros in the British Museum, 1876

Moreover, as noted in Rhinos: Endangered Species (1987) by Malcolm Penny, the difference in horn lengths was most probably due to environmental conditions: black rhinos inhabiting relatively dry localities are smaller and tend to possess shorter horns than those frequenting wetter terrain. Exit the blue rhinoceros! 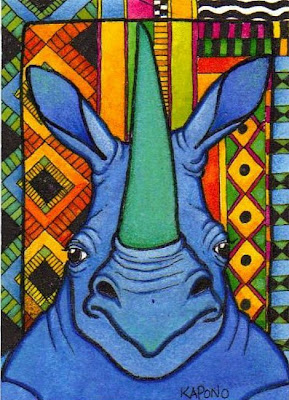