My book Extraordinary Animals Revisited (CFZ Press, 2007) closed with my waxing lyrical over Molly, the singing oyster – hitherto a tragically-overlooked and under-listened-to marvel of the deep. At that time, I had assumed that she was unique, a singular songstress whose like had never been known before or would be again. How wrong I was!

Browsing through one of my numerous antiquarian tomes of fascinating trivia from the natural world of long ago (the volume in question was J. Emerson Tennent’s Sketches of the Natural History of Ceylon, 1861), I recently came upon this truly remarkable item, which I am quoting here in full. This is for you, Molly:

"On the occasion of a visit which I made to Batticaloa [in the northern forests of Ceylon, now Sri Lanka], in September 1848, I made inquiries relative to a story which had reached me of musical sounds, said to be often heard issuing from the bottom of the lake, at several places, both above and below the ferry opposite the old Dutch Fort; and which the natives suppose to proceed from some fish peculiar to the locality.

"The report was confirmed in all its particulars, and one of the spots whence the sounds proceed was pointed out between the pier and a rock that intersects the channel, two or three hundred yards to the eastward. They were said to be heard at night, and most distinctly when the moon was nearest the full, and were described as resembling the faint sweet notes of an Aeolian harp. I sent for some of the fishermen, who said they were perfectly aware of the fact, and that their fathers had always known of the existence of the musical sounds, heard, they said, at the spot alluded to, but only during the dry season, as they cease when the lake is swollen by the freshes after the rain. They believed them to proceed not from a fish, but from a shell, which is known by the Tamil name of oorie cooleeroo cradoo, or the “crying shell”, a name in which the sound seems to have been adopted as an echo to the sense. I sent them in search of the shell, and they returned bringing me some living specimens of different [gastropod] shells, chiefly Littorina [Littorina laevis, a periwinkle] and Cerithium [Cerithium palustre, a cerith]...

"In the evening when the moon rose, I took a boat and accompanied the fishermen to the spot. We rowed about two hundred yards north-east of the jetty by the fort gate; there was not a breath of wind, nor a ripple except those caused by the dip of our oars. On coming to the point mentioned, I distinctly heard the sounds in question. They came up from the water like the gentle thrills of a musical chord, or the faint vibrations of a wine-glass when its rim is rubbed by a moistened finger. It was not one sustained note, but a multitude of tiny sounds, each clear and distinct in itself; the sweetest treble mingling with the lowest bass. On applying the ear to the woodwork of the boat, the vibration was greatly increased in volume. The sounds varied considerably at different points, as we moved across the lake, as if the number of the animals from which they proceeded was greatest in particular spots; and occasionally we rowed out of hearing of them altogether, until on returning to the original locality the sounds were at once renewed.

"This fact seems to indicate that the causes of the sounds, whatever they may be, are stationary at several points; and this agrees with the statement of the natives, that they are produced by mollusca, and not by fish. They came evidently and sensibly from the depth of the lake, and there was nothing in the surrounding circumstances to support the conjecture that they could be the reverberation of noises made by insects on the shore, conveyed along the surface of the water; for they were loudest and most distinct at points where the nature of the land, and the intervention of the fort and its buildings, forbade the possibility of this kind of conduction. Sounds somewhat similar have been heard under water at some places on the western coast of India, especially in the harbour of Bombay. At Caldera, in Chili [=Chile], musical cadences are stated to issue from the sea near the landing-place; they are described as rising and falling fully four notes, resembling the tones of harp strings, and mingling like those at Batticaloa, till they produce a musical discord of great delicacy and sweetness."

Intriguingly, after Sir Emerson Tennent communicated his observations at Batticaloa to the Edinburgh Philosophical Society, one of the scientists present, a Dr Grant, experimented with some specimens of a mollusc (Tritonia) by placing them in a glass vessel filled with sea-water. This vessel was placed on the central table of the Wernerian Natural History Society of Edinburgh, around which many members were sitting. During the whole time of the meeting, a “clink,” as of a steel wire struck on the side of the jar, was heard at intervals, and so distinctly that it extended to the distance of twelve feet.

Perhaps, somewhere out there, currently undiscovered and unheralded, is the next Molly, only waiting for her chance to delight with her dulcet tones a future meeting of the Royal Society – or even the next audition for Britain’s Got Talent 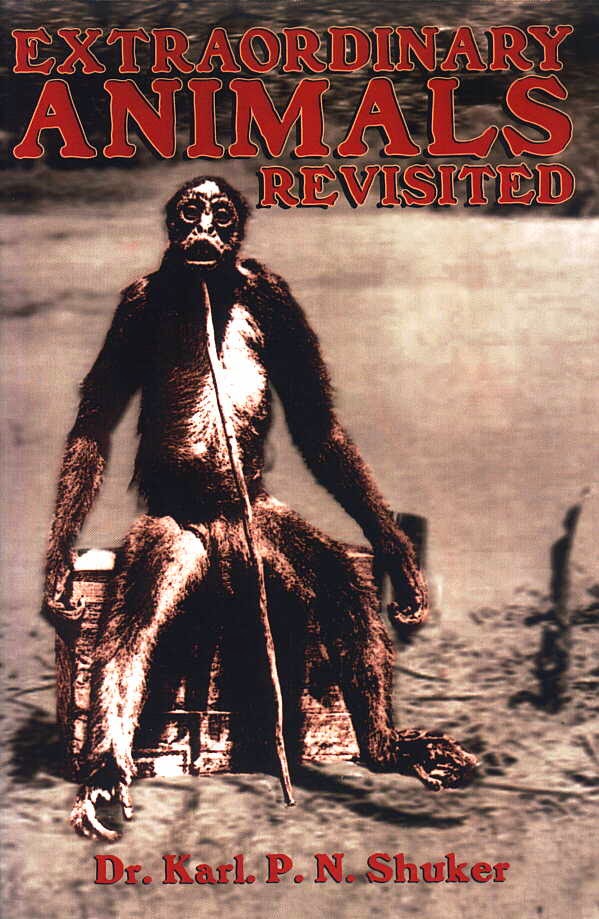 Posted by CFZ: Cryptozoology Online at 10:45