KEEPING THE WOLF FROM THE DOOR! 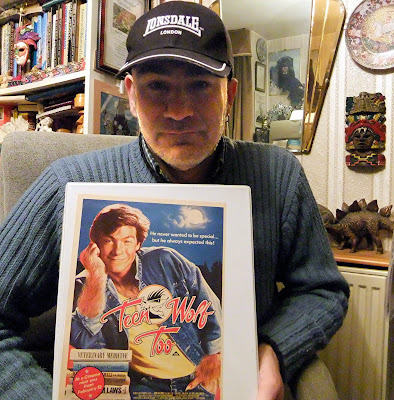 One of my favourite werewolf films (Dr Karl Shuker)

Yesterday I uploaded the vampire entry from my planned future book project on supernatural beings of the night. Today, meet my werewolf!

THE WEREWOLF
Only a few more minutes and he would be home, safe behind closed curtains, shielded from the terrible, enthralling power of that evil, merciless light. He ran down the unlit country road, cheered by the evening's all-encompassing, protective shadows of darkness. Only a few more minutes - but it was already too late. Suddenly, a layer of clouds high above in the sky drifted apart - exposing, in all its pallid majesty, the silent silver-hued moon.

Even as he yelled aloud in abject terror, his voice began to alter, transforming with seamless gradation from the recognisable scream of a man into the spine-chilling howl of something far more primitive, far more bestial. But that was not all. His howling mouth was itself transforming, effortlessly metamorphosing into a long slender muzzle, filled with sharp white teeth of carnivorous intent, and surmounted by a broad canine nose fringed with bristling whiskers.

Even his ears were changing, lengthening and sharpening into erect triangles of short fur whose shading perfectly complemented the rapidly-sprouting hair that swiftly concealed his face beneath a dark furry mask - except, that is, for his eyes, whose cornflower blue irises had become scarlet candles glowing in the night.

He was still running, but he was now on all fours, and as he ran his body grew burlier and more powerful, bursting forth through his shirt and his jeans until they dropped away, falling to the ground with his other clothing like discarded rags. Garments were no longer needed, for he was now entirely clothed in dense greyish-brown fur, from his flattened predatory head down to the tip of the long hairy tail stretching out behind him, and down to the four claw-brandishing paws on which he raced exultantly through the countryside.

Home was forgotten, for now that he was no longer a man, his human habitation held no interest for him. Here, amid the moonlit splendour of the night, he was already home, as are all wolves...and werewolves. 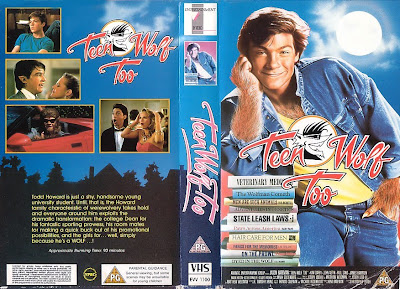