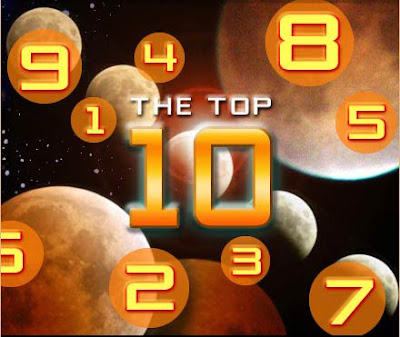 Time, I think, for another look at the Top Ten ShukerNature posts of all time. I didn’t post a listing last month (April 2011) because, remarkably, not only did that listing contain exactly the same ten posts as the previous month’s (March 2011), but even the relative rankings of those ten posts were the same too. But what a difference a further month has made!

This latest, May 2011 listing contains no fewer than four new entries, and all are recent posts. Clearly, therefore, there must be particular interest out there in movie mystery cats, winged cats, and explanations for belief in the Little People. Even certain of the fictitious cryptids featuring in the Doctor Dolittle novels of Hugh Lofting (namely, the great pink sea snail, a living dinosaur, and a gargantuan freshwater turtle) make an appearance at #10. So here, to baffle and amuse you, is the latest ShukerNature Top Ten (with rankings from the previous listing in red brackets). And if anyone can spot a subtle trend or pattern in it, please do let me know, as I’ve long since given up trying to find one!