THE DAY I SAW A UNICORN ON SAFARI 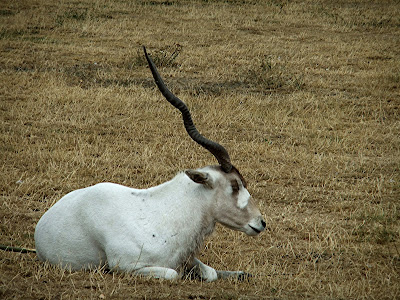 The last thing that I expected to see when visiting the West Midlands Safari Park last summer was a unicorn – but that is exactly what I did see there...well, sort of.

I've frequently read in accounts of unicorns the theory that some reported sightings were nothing more than long-horned antelopes viewed side-on, so that their two horns perfectly overlapped, creating the illusion of a single centrally-horned unicorn. And I admit that I've always tended to think "Yeah, right, I'll believe that when I see it". Well now I do, because I have – and here's the proof!

Driving through one of the ungulate paddocks at the safari park, I came upon an addax Addax nasomaculatus resting on the ground with head raised, the two spiralled horns of this pale Sahara Desert antelope perfectly discernible as I photographed it. 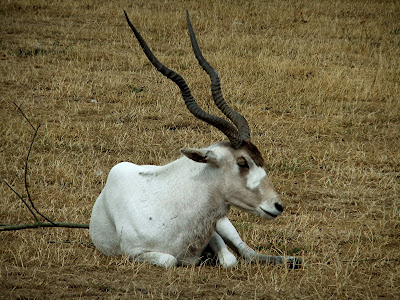 And then, suddenly, it turned sideways slightly, as I was still photographing it, and there – only for a split second, but right before my astonished eyes – was a unicorn!

A momentary metamorphosis, from a commonplace antelope of reality to a wondrous beast of legend. And then, it moved its head just a fraction – and the spell was broken, the illusion dispelled. The unicorn was gone, as if it had never been, and the addax had returned, wholly unaware of the magical presence that it had briefly conjured forth. 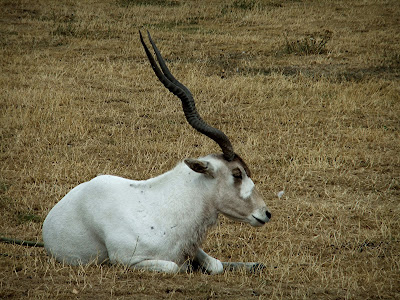 But my camera had recorded its transient alter ego – a single wonderful photograph of a modern-day marvel, a unicorn beheld and bedazzling. And what more fitting animal to have evanescently assumed this fairest of forms than the white-coated, spiral-horned addax?

I felt strangely blessed as I continued upon my safari journey, the image of the unicorn that never was, almost was, and truly was, if but for the most fleeting of instants, still alive and entrancing within the shadowed glades of my memory.

Worth noting, incidentally, is that not all unicorn reports described the horn as pointing forwards – some claimed that it was directed backwards, as with, for instance, the desert-dwelling black-horned karkadann of Persia. Similarly, there are several different descriptions relating to its horn's supposed colour – white, black, red, and even all three together! 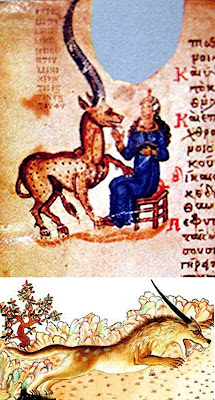