A COMPLETE BIBLIOGRAPHY OF MY BOOKS 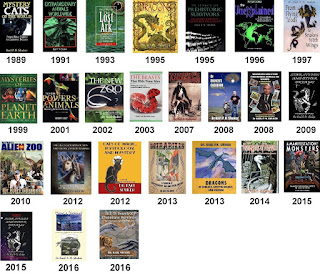 Today is the fourth anniversary of my mother Mary Shuker's passing. I owe my lifelong love of reading, writing, and nature to Mom - her love for all wildlife nurtured my own from my earliest days, and her impeccable command of the English language tutored and guided my own throughout my life. Consequently, to commemorate and celebrate her kindly, positive, and truly immeasurable influence upon my entire existence and career, the present ShukerNature blog article is dedicated to my mother, and consists of a frequently-requested, currently-complete listing of all of the books that I have written, have acted as consultant for, have contributed to, or to which I have written a foreword. It will be updated whenever new books need to be added here.

Without you, Mom, none of my writings would have existed - God bless you, and thank you for the inestimable love, joy, happiness, and blessings that you gave to me and bestowed upon me by being in my life as my mother. 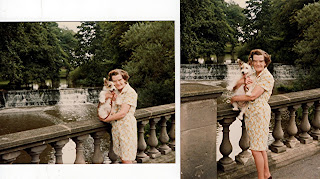 The Lost Ark: New and Rediscovered Animals of the 20th Century (HarperCollins: London, 1993)

From Flying Toads To Snakes With Wings: From the Pages of FATE Magazine (Llewellyn Publications: St Paul, Minnesota,1997)

Mysteries of Planet Earth: An Encyclopedia of the Inexplicable (Carlton Books: London, 1999)

Dinosaurs and Other Prehistoric Animals on Stamps: A Worldwide Catalogue (CFZ Press: Bideford, 2008)

The Encyclopaedia of New and Rediscovered Animals: From the Lost Ark to the New Zoo - and Beyond (Coachwhip Publications: Landisville, 2012)

The Menagerie of Marvels: A Third Compendium of Extraordinary Animals (CFZ Press: Bideford, 2014) 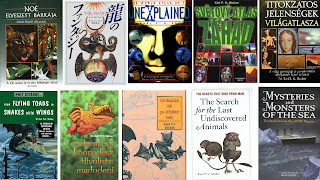 NB - Several of my books have also been published in editions sporting various alternative covers and/or titles, and/or also in various foreign-language editions, as demonstrated via the selections of examples depicted directly above and directly below this present paragraph, but for reasons of conciseness I have not itemised these editions separately here.

A selection of the many foreign-language editions of my book Dragons: A Natural History currently published - click picture to enlarge (those shown here are as follows - From left to right, top row: English, Czech, Italian, Spanish, and Japanese; bottom row: Estonian, Hungarian, German, Dutch, and French. There are others, but I don't have copies of them so far - publishers are not always good at sending complimentary copies to the authors!) (© Dr Karl Shuker) 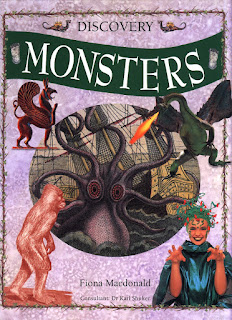 Tales of the Damned: An Anthology of Fortean Horror (Fortean Fiction: Bideford, 2016)

Plus numerous contributions to the Centre for Fortean Zoology's Animals and Men Yearbooks, Fortean Studies volumes, and various other annual publications. 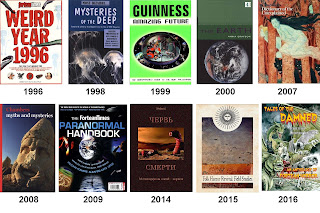 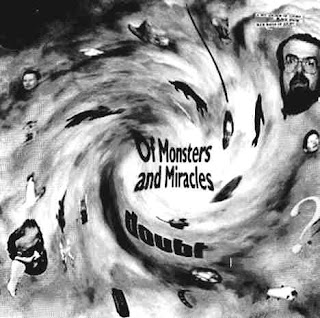 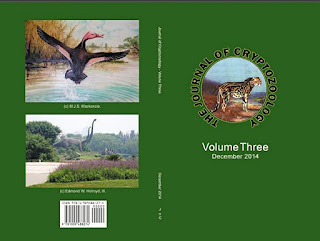 Contributor of Foreword to Other Authors' Books

WOODLEY, Michael A., In the Wake of Bernard Heuvelmans: An Introduction to the History and Future of Sea Serpent Classification (CFZ Press: Bideford, 2008) 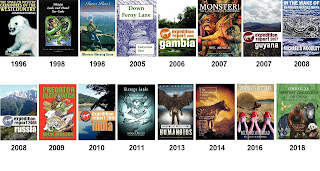 And finally: something a little different... 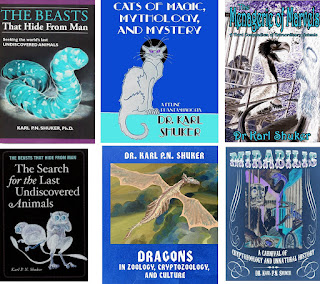