HERMAN MELVILLE'S POLYNESIAN MYSTERY CAT - A WHALE OF A CRYPTO-TALE? 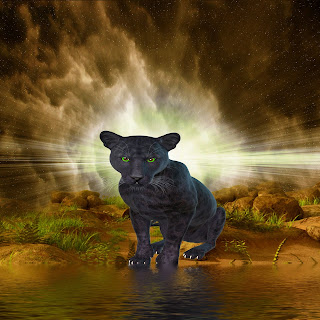 For obvious reasons, it's always particularly interesting to learn of a possible cryptozoological encounter featuring a famous person. So I am greatly indebted to German mystery beast investigator Ulrich Magin for very kindly bringing to my attention recently the following example, hitherto-unpublicised online in a cryptozoological context.

The eyewitness in question is none other than Moby-Dick author Herman Melville, who documented his intriguing sighting – a veritable whale of a crypto-tale, no less! – in one of his non-fiction books, namely Typee: A Peep At Polynesian Life (1846). Describing time spent on the Polynesian island of Nukuheva in the Marquesas group, he included the following memorable lines:

As for the animal that made the fortune of my lord mayor Whittington, I shall never forget the day that I was lying in the house about noon, everybody else being fast asleep; and happening to raise my eyes, met those of a big black spectral cat, which sat erect in the doorway, looking at me with its frightful goggling green orbs, like one of those monstrous imps that tormented some of the olden saints! I am one of those unfortunate persons, to whom the sight of these animals is at any time an insufferable annoyance.

Thus constitutionally averse to cats in general, the unexpected apparition of this one in particular utterly confounded me. When I had a little recovered from the fascination of its glance, I started up; the cat fled, and emboldened by this, I rushed out of the house in pursuit; but it had disappeared. It was the only time I ever saw one in the valley, and how it got there I cannot imagine. It is just possible that it might have escaped from one of the ships at Nukuheva. It was in vain to seek information on the subject from the natives, since none of them had seen the animal, the appearance of which remains a mystery to me to this day.

What I find very intriguing about this report is how Melville ostensibly changed his opinion as to the nature of the cat during his description of it. For whereas in the first paragraph he referred to it as spectral and likened it to a saint-bothering imp, thereby implying that it appeared to be some form of paranormal, zooform entity, in the second paragraph he suggested that it may have escaped from a visiting ship, thus indicating that it was merely some absconded kitty of the corporeal kind.

True, his 'spectral' description may simply have been metaphorical rather than literal, but whatever the cat was, it was apparently not native to Nukuheva, and does indeed remain a mystery, not just in Melville's day either, but also right up to the present day, just over 170 years after his book was first published. 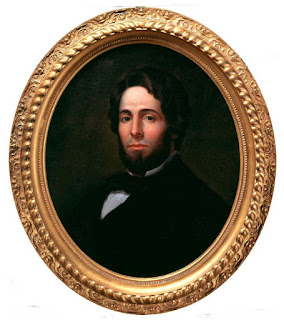