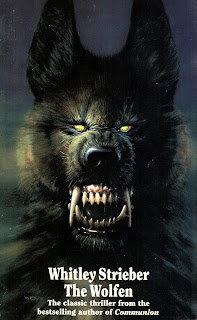 Front cover of my copy of Whitley Strieber's fascinating novel The Wolfen, upon which the movie Wolfen was loosely based; this is the 1992 resissue of Coronet Books' 1979 paperback edition (© Whitley Strieber/Coronet Books – reproduced here on a strictly non-commercial Fair Use basis for educational/review purposes only)

On 14 July 2020, I finally got around to watching Wolfen, directed by Michael Wadleigh and filmed on location in the South Bronx area of New York City. It is the 1981 movie version of The Wolfen, which is bestselling Communion author Whitley Strieber's fascinating, classic novel from 1978 about a cryptic – and cryptid – species of super-intelligent canid that through convergent evolution has attained a humanoid level of sentience and even certain morphological attributes, such as very dexterous hand-like paws.

Yet it has remained largely unknown to Homo sapiens, except for supposed legends of werewolves and cynocephali that in reality are based upon fleeting and generally fatal (for humans) encounters with wolfen, for whom lost, abandoned, and ill humans are their natural prey. And then, fate steps in, and suddenly a series of grisly human killings in modern-day NYC leads the police to the sensational discovery of this hitherto hidden species of dogman.

The Wolfen is definitely one of my all-time favourite cryptozoology-themed novels, but sadly the movie was for me a distinct disappointment. To begin with, Albert Finney played an increasingly tiresome NYPD cop named Captain Dewey Wilson who was meant to be the dysfunctional anti-social genius character that crops up so regularly in sci-fi movies. Sometimes these work well, other times they are simply irritating – Wilson was definitely drawn from the latter category. 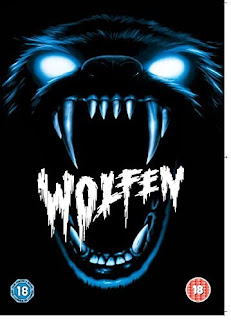 Also, whereas in the novel the wolfen were categorically cryptozoological – as I noted earlier, even their paws were humanoid – in the movie they are portrayed entirely as morphologically normal wolves, super-intelligent but outwardly indistinguishable from typical black-furred or (in one instance) white-furred wolves, which for me was a major let-down. Conversely, their cunning ability in the movie to lure curious humans within range by imitating a baby crying is conspicuous only by its absence in the novel. There was also a recurrent red herring theme related to shape-shifting and recalling the skinwalkers, which again did not appear in the novel but perhaps featured in the movie in order to distract viewers from the distinct lack of morphological separation here between wolf and wolfen.

A modern CGI-driven remake may well succeed where in my opinion this present almost 40-year-old film has failed in doing justice to the highly original, thought-provoking subject of Strieber's novel. Don't get me wrong, Wolfen is by no means a bad movie, it's just not the movie that I was hoping – expecting – it to be. But everyone has their own opinion – so click here to check out the original theatrical trailer for Wolfen, and make up your own mind.

Also, click here and here to read more on ShukerNature concernng werewolves, wulvers, cynocephali, and other dogmen in traditional legends and lore from around the world. 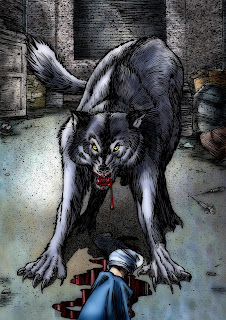 Dramatic artistic representation of a scene from the movie Wolfen (© Richard Svensson)
Posted by Dr Karl Shuker at 13:43