SNAKES ALIVE! ARE THERE SERPENTS IN NEW ZEALAND? 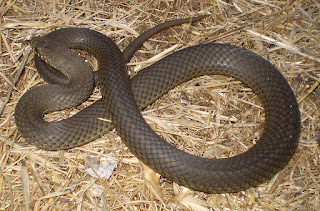 I'm always on the lookout for reports of cryptids that have rarely received mainstream cryptozoological attention. Consequently, the following case is of particular interest to me – not just for this latter reason, however, but also because of the grave, far-reaching ecological threat that it poses to rare endemic fauna, should this out-of-place ophidian example truly exist.

The dual-island country of New Zealand is one of the very few snake-free places on Earth – officially. Recently, however, I was startled to learn that in reality there have been a fair few reports of snakes existing in several widely separate locations on both North Island and South Island. In a fascinating article for The Spinoff, investigator Charlie O'Mannin, who has sought these unofficial ophidians in both the literature and the field, carefully reviewed this fascinating if hitherto-obscure herpetological subject (click here to access his article). 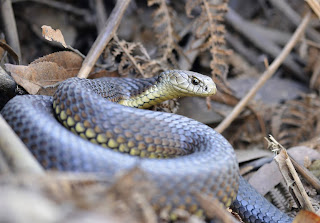 The highland or Ramsay's copperhead (© Will Brown/Wikipedia – CC BY 2.0 licence)

Unrelated to their New World namesake the American copperhead Agkistrodon contortrix, which is a species of viper, not an elapid, Australian copperheads are medium-sized, averaging around 3.5 ft long, rarely exceeding 6 ft. They are active in cooler climates (as occur in New Zealand), and very diverse in colour, ranging from black through a variety of browns and reds to yellowish, depending upon the individual, but as a result of only being moderately-sized and quite shy, they can be quite elusive even in their native Australian homeland. They earn their common name from their head's predominant (but not always present) copper shade.

In 2014, after interviewing several veteran gold prospectors who vehemently claimed that such stories of copperheads in mines here were true, a journalist duly contacted New Zealand's Ministry of Primary Industries (MPI), who promptly conducted a thorough search. This was because the putative presence of snakes was deemed to be a biohazard, on account of the risk that these ostensibly non-native reptiles posed to the indigenous NZ fauna. No snakes were found, but the matter was considered serious enough to warrant the commissioning of a professional herpetologist to prepare a formal report, which included the exact GPS coordinates where according to one prospector in 1990 a copperhead had actually wound itself round his arm before vanishing when shaken off.

O'Mannin obtained a copy of this report and visited the precise location, but no serpent showed itself to him. In his own article, he also includes details of much earlier reported snakes, of which the most intriguing is a metre-long (approx. 3 ft) individual encountered in 1875 by loggers working within the Ureweras range, which is one of the most remote regions in the whole of North Island. They swiftly killed it, but how can this specimen's existence there be explained? 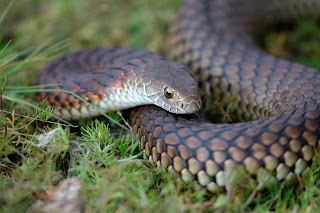 Although New Zealand has been isolated from all other land masses for many millions of years, it is home to various native species of lizard and frog, so is it totally beyond the realms of possibility that snakes do exist here too? If so, the chances are that they are nothing more special, zoologically speaking, than escapee/released non-native pets, or even specimens that have stowed away on foreign ships or in imported produce.

Also, some snakes are good swimmers, including, tellingly, the Australian copperheads, so perhaps via a combination of swimming and rafting on floating vegetation, some specimens have made their own way here from southern mainland Australia and/or Tasmania? Indeed, Australian copperheads spend much time in the water, where they hunt and feed primarily upon tadpoles, and frogs. Such invasive forms would therefore pose a particular threat to New Zealand's quartet of unique, mostly rare species of famously archaic, 'living fossil' leiopelmatid frogs if their presence here were to be officially verified.

Least likely, but not impossible, as New Zealand's existing native herpetofauna demonstrates, is that at least one highly-elusive endemic snake species may exist here, still awaiting formal scientific discovery. This is a very tantalising prospect, and one that I intend to pay close attention to in the future – so watch this space! 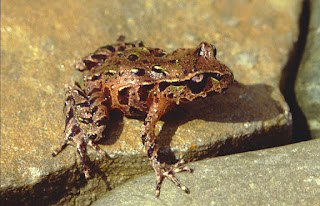