NEVER A NEITHER – A HYBRID MYSTERY SNAKE IN ENGLAND? 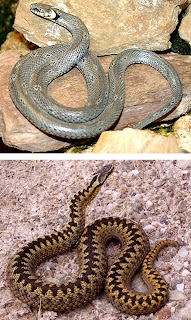 In England, the two most common species of snake are the barred grass or ringed snake Natrix helvetica (often referred to in southern England simply as the snake) and the European viper or common adder Vipera berus. Belonging as they do to two entirely separate, only distantly related taxonomic families (Colubridae and Viperidae respectively), it is hardly likely that these two snakes would ever come together even to mate, let alone produce viable hybrid offspring.

Yet there is a longstanding belief emanating from southern England's very sizeable New Forest that such crossbreeds can and do occur. According to H.M. Livens's book Nomansland: A Village History (1910), for instance:

It is affirmed throughout the [New] Forest that there is a casual hybrid between the [grass] snake and the adder, which, in consequence of being neither adder nor [grass] snake, is known as a Neither (pronounced nither). In colour it varies between those of its parents, sometimes showing a greater leaning to the one side, and sometimes to the other. In its proportions it runs closer to the adder than to the [grass] snake, being about 18 inches long; that is, rather longer than an adder but not quite so stout. The Neither is usually found on or near damp ground about the head of a bog. When attacked it will bite the stick as an adder does. A [grass] snake will not do this. Its bite is said to be venomous. It is not known to breed. 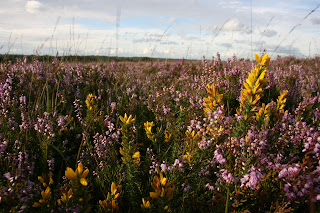 The New Forest is also home to Britain's third, rarest, and least-known native species of snake, the smooth snake Coronella austriaca. Yet, oddly, it is mentioned only very briefly, in passing, by Livens, claiming that it is rare here, when in reality it is found throughout the New Forest's extent. Moreover, its barred markings are reminiscent of both the grass snake's and the adder's, but it is so shy as to be seldom seen and remains very much a mysterious, enigmatic serpent here.

Consequently, I think it highly likely that the smooth snake is the true identity of Livens's alleged grass snake x adder hybrid, the neither. Even its favoured habitat of damp heath and bog compares well with that of the neither, as does its well known predilection for biting if antagonised or captured. True, the smooth snake is not venomous, but many non-venomous animal species are wrongly deemed to be through local superstition or ignorance, especially if, like the smooth snake, they are rarely-seen, elusive creatures - which would also explain why the neither is not known to breed.

In short, it would seem that the neither is an impossible snake rendered possible after all. 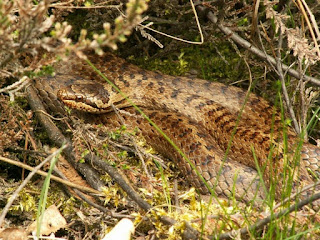 Is the implausible neither in reality the highly elusive, mysterious smooth snake? (© Piet Spaans/Wikipedia – CC BY 2.5 licence)
Posted by Dr Karl Shuker at 05:02