MY BOOK 'DINOSAURS AND OTHER PREHISTORIC ANIMALS ON STAMPS' WINS AN AWARD! 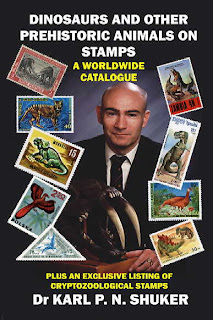 Today I received a most unexpected but very welcome, pleasant surprise. At the 13th New Zealand National Philatelic Literature Exhibition, held on 16 March 2013 at the Manawatu Philatelic Society in Palmerston North, my book Dinosaurs and Other Prehistoric Animals on Stamps: A Worldwide Catalogue (CFZ Press: Bideford, 2008) was awarded a certificate in the highly-prized Large Silver category, in recognition of its significant contribution to philatelic literature. And today I received the certificate in the post from the Society. Here it is: 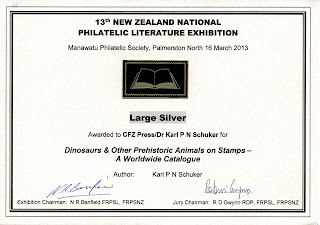 True, they did spell my name incorrectly, but hey, it's the thought that counts! So, many thanks indeed to the judges for deeming my book worthy of such recognition - I am exceedingly grateful. 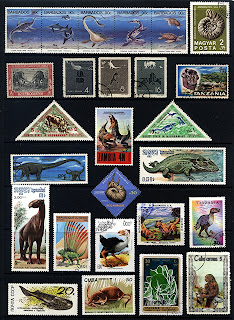 A selection of stamps from my book (Dr Karl Shuker)