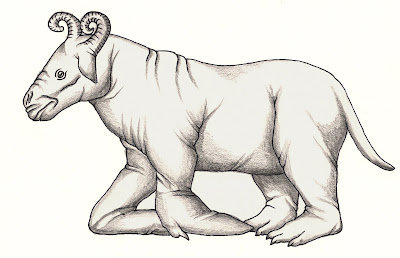 Due to the political situation, much of Tibet's terrain and freshwater bodies of water are little-known or entirely off-limits to Westerners. Occasionally, however, a highly intriguing report emerges that suggests there may be some fascinating zoological discoveries waiting to be made here.

One such report briefly hit the headlines worldwide in September 1984, a mere 12 years after the creature itself had been captured. It claimed that back in 1972, a truly bizarre beast had been caught alive in Tibet's Lake Duobuzhe. It was described as having an ox-like body with hippopotamus-like skin, the legs of a turtle and a pair of short curled horns on its head. As a result of its composite morphology, it was duly dubbed a hippoturtleox by American cryptozoologist J. Richard Greenwell when documenting it within the Spring 1986 issue of the International Society of Cryptozoology's newsletter. 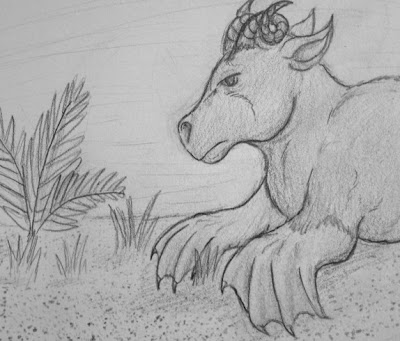 Tragically, however, following its capture this extraordinary-sounding creature was shot and bayoneted to death by some Chinese soldiers, then dragged to a nearby village, but the subsequent fate of its scientifically-priceless carcase is unknown (though it is quite likely to have been eaten – an ignominious fate shared by several other cryptozoological specimens down through the years). Nothing more has ever been reported about Lake Duobuzhe's hippoturtleox, and nothing like it has ever been reported since. Strangely, I have been unable to locate Lake Duobuzhe online or in any atlas either, although there are literally thousands of lakes occurring on the Tibetan plateau, so this is not necessarily surprising. It is believed that the area used to be under the ocean, which then retreated, explaining the presence of so many lakes in the area today, a number of which are filled with saltwater.

Always assuming that the story was indeed genuine, what could this creature have been? Its body's general shape, the appearance of its skin, and certainly its limbs are all reminiscent of a large freshwater chelonian – but if this is indeed what it was, how can its horns be explained? Could they have been a pair of specialised respiratory snorkels, perhaps? Or might they even have been real horns? After all, a horned chelonian would not be without precedent. 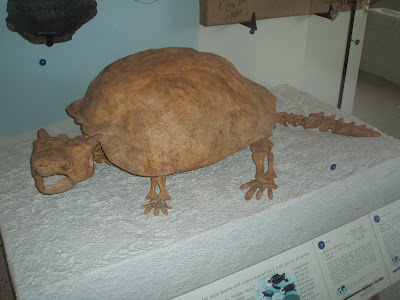 Until as recently as 2000 years ago, the island of New Caledonia, situated to the east of Australia, was still home to an extraordinary cryptodire tortoise called Meiolania mackayi, whose skull bore a cluster of protuberances, including a pair of large, laterally-pointing horns. Much bigger Meiolania species formerly lived in Australia too (M. brevicollis), as well as on Lord Howe Island (M. platyceps), and Vanuatu (M. damelipi), but these all became extinct before their New Caledonian counterpart. 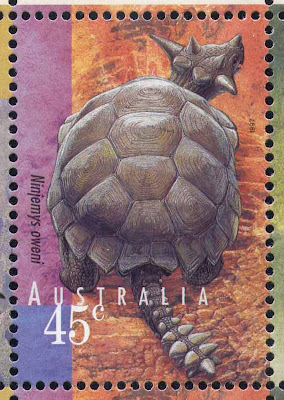 Without a body, preserved tissues, a photograph, or even an eyewitness drawing to examine, Tibet's hippoturtleox seems destined to remain an unclassifiable anomaly within the chronicles of cryptozoology – unless, one day, a second specimen appears. If it does, we can but hope that it will be treated more humanely than its mystifying species' previous representative. 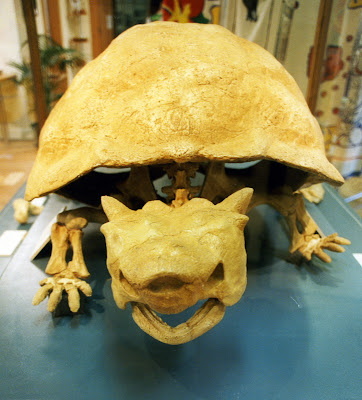 This ShukerNature blog post is an excerpt from my forthcoming book Mirabilis: A Carnival of Cryptozoology and Unnatural History (Anomalist Books: New York, 2013).