IS THE MÜSHMURGH A MISH-MASH? - ORNITHOLOGICAL MYSTERIES IN INDIA AND IRAN 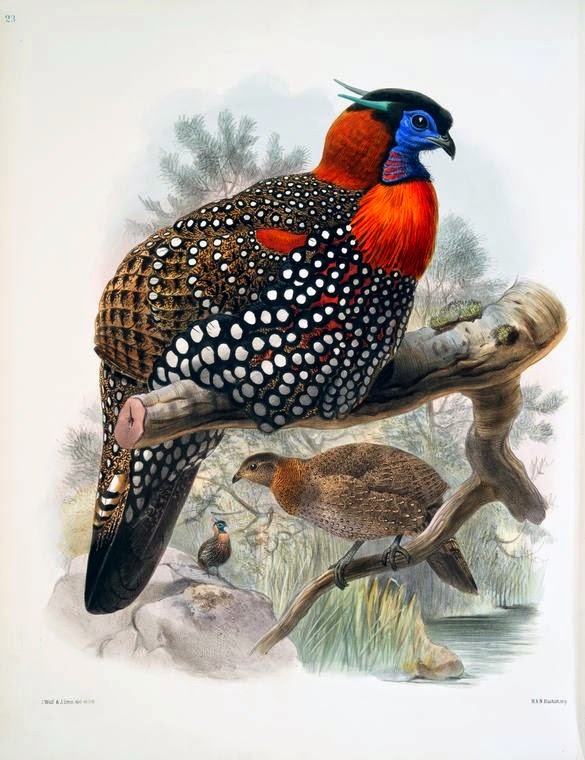 Western tragopan (male in foreground) painted by D.J. Elliot in 1872

Mystery birds have always fascinated me, especially as they tend to attract much less cryptozoological attention than mammalian or reptilian cryptids (a very unfair situation, at least in my opinion), and the following example is no exception, being both very intriguing and exceedingly obscure.

Back in February 2003, English palaeontologist Dr Darren Naish informed me of a mystifying bird, brought to his attention by A.D.H. Bivar. While serving in the pre-partition Indian army, Bivar visited the guest rooms of the Wali of Swat at Saidu Sharif in the North-West Frontier Province, whose foyer contained two stuffed birds. One was a familiar monal pheasant (of which three species are currently recognised), but the other was a very unfamiliar specimen.

Sporting red foreparts, and grey posterior plumage, it was labelled as a tragopan (squat, short-tailed pheasant), but unlike all known tragopans it exhibited a lyre-shaped tail. Moreover, it was clearly distinct from the western tragopan Tragopan melanocephalus, the only species native to this region (see its illustration opening this present ShukerNature blog post). Might it have been an exotic hybrid (there are many different hybrid forms of pheasant on record), or even a distinct, still-undescribed species?

Intriguingly, Bivar then alluded to a now-vanished species of bird from Iran, called the müshmurgh, whose flesh made particularly tasty eating. Could this be one and the same as the stuffed bird that he had spied? Darren wondered whether the latter specimen might conceivably have been a taxiderm composite, noting that the only lyre-tailed galliform bird in this whole area is the Caucasian black grouse Tetrao mlokosiewiczi, whose remaining plumage is very different from Bivar's bird, but Bivar dismissed that possibility.

So if this curious specimen still exists, it may well be worth a detailed examination by an ornithologist versed in pheasant taxonomy. And if anyone versed in Iranian ornithology or gastronomic traditions reading this blog post of mine has any information concerning the müshmurgh, I'd greatly welcome any details that you could post here or email directly to me.

This ShukerNature post is excerpted and expanded from my book Karl Shuker's Alien Zoo: From the Pages of Fortean Times (CFZ Press: Bideford, 2010). 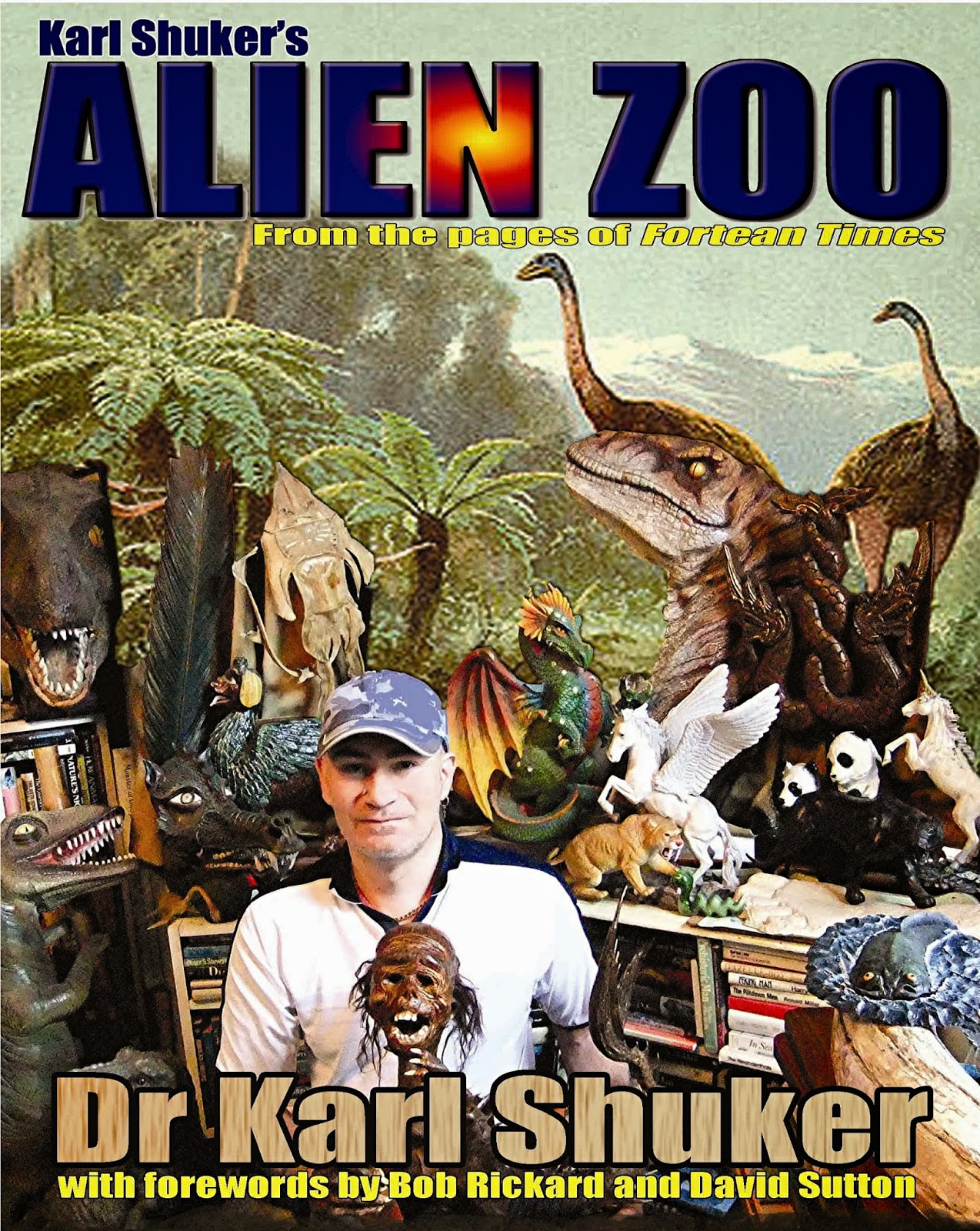