CRYPTID HAS RETURNED! - ONE OF THE BEST BIGFOOT NOVELS IS NOW EVEN BETTER, AND BIGGER!

Within my collection of cryptozoology-themed novels are several whose plots centre upon the discovery of bigfoot (aka sasquatch). Some of these, such as Lee Murphy's Where Legends Roam, are excellent; certain others are less so. One that definitely falls within the former category is Eric Penz's debut novel, Cryptid.

Originally published almost a decade ago, it has received a succession of very favourable reviews, and was chosen as joint 'Top Cryptofiction Book of the Year' for 2005 (click here) by Loren Coleman for leading cryptozoological website Cryptomundo. Such accolades are greatly deserved, because Cryptid very successfully presents the reader with a compelling, well-written, well-researched storyline based upon the celebrated bigfoot studies of the late Prof. Grover Krantz, and featuring a fascinating, wholly original historical premise hinted at in its subtitle – The Lost Legacy of Lewis and Clark.

One of the most significant explorations in the post-Columbus history of North America, the Lewis and Clark Expedition of 1804-1806 was the very first American expedition to cross what is now the western portion of the USA. It departed in May 1804 from St Louis on the Mississippi, making its way westward through the continental divide to the Pacific coast. To quote from Wikipedia's entry for this historic venture:

"The expedition was commissioned by President Thomas Jefferson shortly after the Louisiana Purchase in 1803, consisting of a select group of U.S. Army volunteers under the command of Captain Meriwether Lewis and his close friend Second Lieutenant William Clark. Their perilous journey lasted from May 1804 to September 1806. The primary objective was to explore and map the newly acquired territory, find a practical route across the Western half of the continent, and establish an American presence in this territory before Britain and other European powers tried to claim it.

"The campaign's secondary objectives were scientific and economic: to study the area's plants, animal life, and geography, and establish trade with local Indian tribes. With maps, sketches and journals in hand, the expedition returned to St. Louis to report their findings to Jefferson." 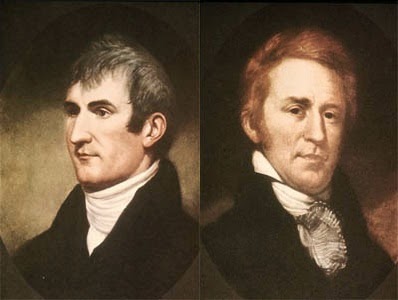 What has intrigued Eric so much about this epic journey of discovery is the still-unexplained series of major gaps in the expedition journal written by Lewis. One such gap alone spanned 14 May 1804 to 7 April 1805, another spanned 26 August 1805 to 1 January 1806. What happened – moreover, what might have been discovered - during those very considerable, unrecorded periods of the expedition? And what might have been vigorously suppressed throughout history ever since then? As noted in its blurb, these tantalising thoughts are what gave birth to Cryptid:

"Something haunts the woods of Olympic National Park, a nightmare in hiding. Its existence has been kept secret by a conspiracy that stretches back to President Thomas Jefferson and the Lewis & Clark Expedition. The truth that we have not been alone on this earth would have forever been lost except that some species just won’t die.

"Dr Samantha Russell has spent her career seeking for truth in the only way she knows how, on her hands and knees, painstakingly digging it up from the crust of the earth. When the truth arrives by way of FedEx, she cannot help but see it as nothing more than another scientific hoax, especially considering the source. Dr Jon Ostman has practically been excommunicated by the scientific community for his interest in such subjects as the American Sasquatch.

"Suffering from her father's tragic sense of curiosity, though, Sam can't resist the question begged by the bones contained in the wooden crate. How could they be bones and not fossils since Gigantopithecus had been extinct for 125,000 years?

"Driven to know the answer, Sam delays going to her father on his deathbed and instead pursues Jon to a remote corner of Washington state where he is about to make the greatest discovery involving the origins of the human species, a discovery Lewis and Clark may have already made two hundred years earlier. However, Sam is not the only one pursuing Jon, for one of our nation's first secrets is still being kept by all means necessary.

"And if they do survive the centuries-old conspiracy, they will not only rewrite American history, but they will prove that we are not the only intelligent, bipedal primate to survive extinction."

Yet in spite of the original success of Cryptid, Eric always felt that it was not quite 'him', and so, to remedy this situation, he decided to publish in ebook form a special Author's Edition. Here is Eric's own account of how this newest incarnation of his bigfoot novel came about, as quoted from the official Cryptid website (click here), which is packed with additional information regarding both the novel and bigfoot itself:

"If it ain’t broke, don’t fix it. I’m sure your father subscribed to this advice much like my own. This sage advice could perhaps apply to me releasing an Author’s Edition of my debut novel, Cryptid. The book was well received by both reader and critic. Sales were and still are admirable for a first novel. So then why bother with a new edition?

"Good question. And I’m not sure I have an equally good answer. All I can say is that in the years since Cryptid was published I’ve lived with a nagging concern. The book as originally published was just not quite me. Like a picture hanging on the wall askew enough to place a sliver in your mind until you leveled it that fraction of a degree, I’ve had a sliver for Cryptid. And with the new brave world of ebook publishing, putting out a new edition is now feasible. So why a new edition? In short, because I now can. It’s time to pluck the sliver free.

"More specifically, the story was simply not complete. As the subtitle implies, this story involves Meriwether Lewis and William Clark. The story begins with their amazing adventure. And yet, these two American heroes do not appear on screen. It’s time to fix that. I’ve included with this edition a new first chapter that was not included in the previous edition. This chapter stars both Lewis and Clark, though perhaps not quite as history might envision them.

"And so, I proudly present to you the Author’s Edition of Cryptid: The Lost Legacy of Lewis & Clark. Like many Director’s Cut versions of movies, this edition is the story as I believe it to be best told. It is now more me. That is not to say it is perfect. Quite the contrary. It is still a first novel, complete with all the quirks and imperfections that accompany an author’s early work. I wouldn’t change those for anything. That would be like removing a birth mark from your first born son. There are changes I could make, but I will save those for the film version.

"Without further ado, I present to you my first born son as I envisioned him to be. Enjoy the hunt.

"Two centuries in the making, Cryptid is the final chapter of the Lewis & Clark story. As with any good tale, the best secrets have been kept until the end."

The Author's Edition of Cryptid in ebook form can be purchased here on Amazon and at all other good bookstores – but this is still not all, because Eric has now announced exciting plans to produce a short film based upon his novel.

To publicise this latest endeavour, he has prepared a theatrical film trailer and some shorts, which received their debut screening on 22 April. But if you weren't there, worry not, because here are the necessary links, kindly provided to me by Eric, for you to view all of them online right now:

Cryptid has indeed returned, and the forthcoming film treatment will certainly ensure that it keeps on running - just like its hairy bipedal subjects, in fact! 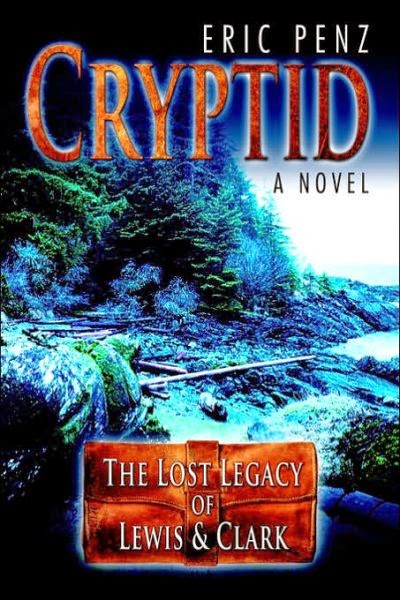