The Hercynian unicorn if indeed a uni-stag (© Markus Bühler)

Germany has long been associated with unicorn traditions, in particular with the supposed occurrence of dainty white unicorns in the Harz Mountains. In addition, a far more exotic, bizarre version was allegedly sighted in Germany's Hercynian Forest by no less eminent an eyewitness than Julius Caesar.

He described it as being an ox but shaped like a stag, the centre of whose brow, between its ears, bore a single horn, taller and straighter than normal horns. Moreover, later eyewitnesses claimed that a series of branches sprouted forth from the tip of this creature's horn.

Long forgotten, the case of this very curious, atypical unicorn has lately been re-examined by German cryptozoologist Markus Bühler, who has proposed a very ingenious, plausible explanation for it.

Occasionally, a freak deer is born, bearing a single horn-like structure upon the centre of its skull, instead of its species' normal paired laterally-sited antlers. One recently-recorded example, pictured above, is a roe deer Capreolus capreolus 'uni-stag' aptly dubbed 'Unicorn' and born during 2007 in a park belonging to the Center of Natural Sciences in Prato, near Florence, Italy.

But what if, as speculated by Markus, some rudimentary antlers develop at the tip of this aberrant central horn?

The result would be a creature bearing a very similar appearance to the extraordinary Hercynian unicorn. So perhaps the latter beast, if truly real, was not a unicorn at all, but merely a freak uni-stag!

This ShukerNature post is excerpted from my book Mirabilis: A Carnival ofCryptozoology and Unnatural History (Anomalist Books: New York, 2013) 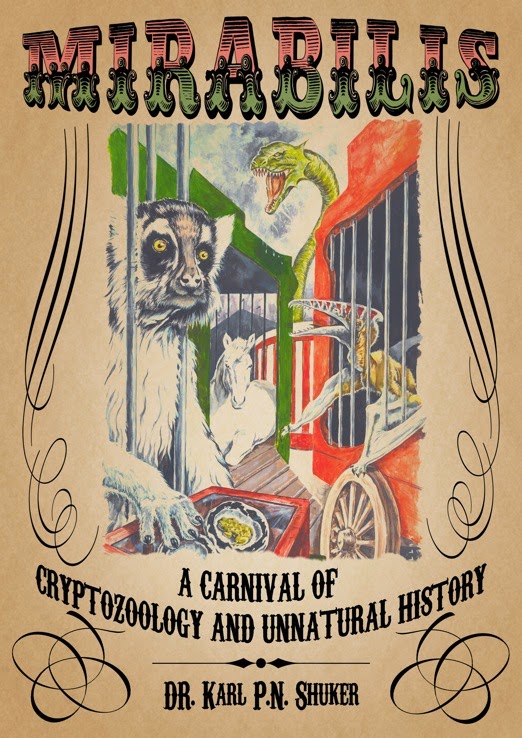