BLUE LIONS OF AFRICA AND ASIA

Welcome to the 400th ShukerNature blog post! To celebrate this milestone, I now have pleasure in presenting a creature that is unusual even by ShukerNature standards! Namely, the blue lion.

In various of my books, articles, and ShukerNature posts concerning cryptozoological and mythological big cats, I have documented lions of many different hues and shades, including black lions (click here, here, and here), white lions (click here), grey lions, red lions, golden lions, and even an alleged green lion (click here) – but never a blue lion. Blue tigers, yes (click here) – blue lions, no. Until now, that is.

Within the past fortnight, however, I have encountered two entirely independent sources of blue lions – one from Africa, the other from Asia. So here they are.

The first is an African folktale contained in a fascinating, beautifully-illustrated book that I recently purchased. Entitled Fabulous Beasts: Myths and Legends and published in 1994, it is the English-language edition of an original French book - Les Animaux Fantastiques (1991), written by Claude-Catherine Ragache, and illustrated by Marcel Laverdet. 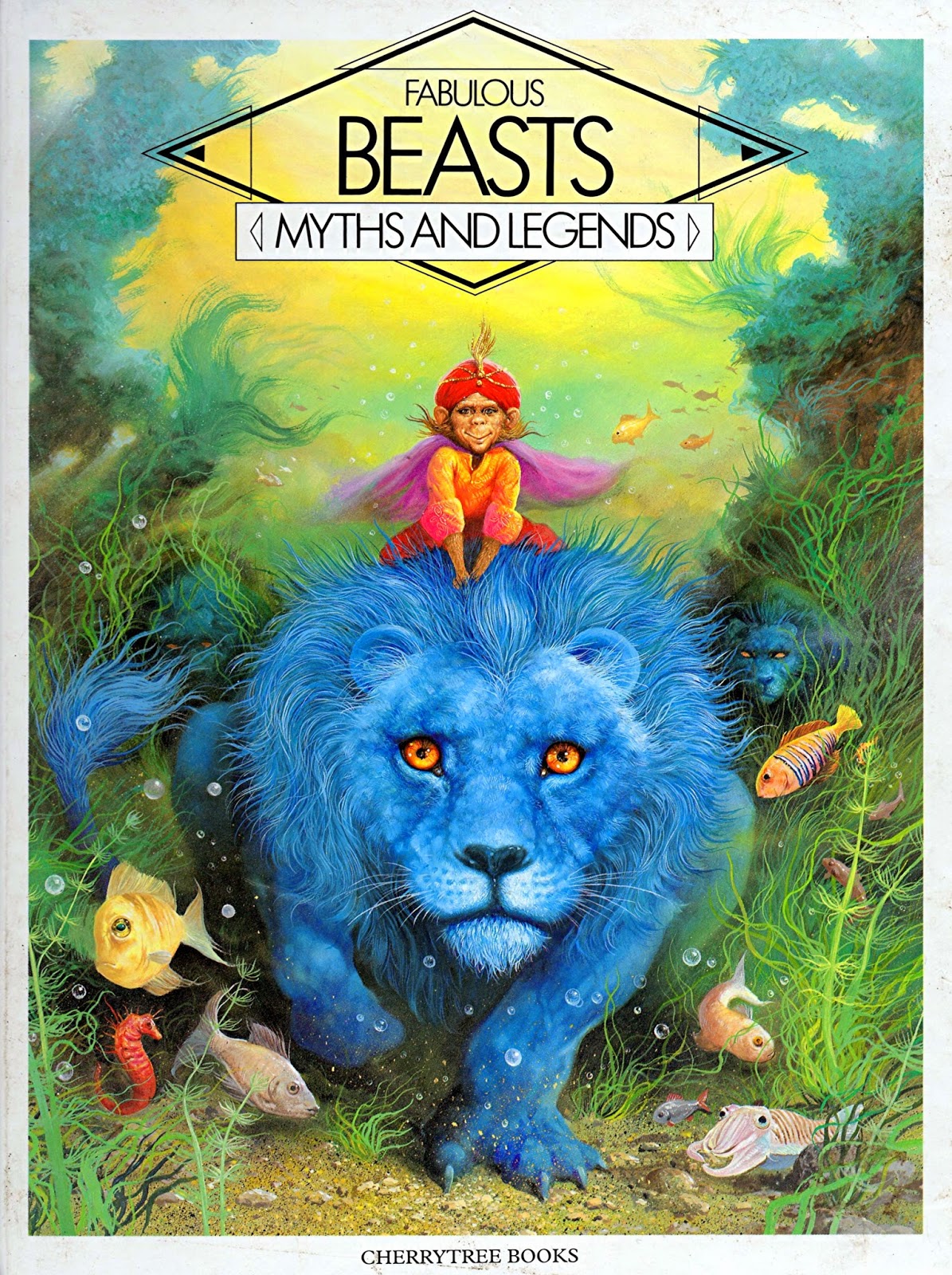 Fabulous Beasts: Myths and Legends (incidentally, the monkey riding the blue lion in this book's front cover illustration is actually from a different folktale in the book, not from the one featuring the blue lions) (© Cherrytree Books/Marcel Laverdet)

According to the folktale in question, at the bottom of a certain great river in Africa lives a pride of lions with deep blue fur. These exotic felids seek out their prey on land each evening, and whatever – or whoever – they capture is then brought back by them to their underwater den, and stored inside one of many huge glass jars that serve as their larder. One day, they captured a newborn baby and duly placed it, still alive, inside one of their jars, to be devoured later. Devastated, its distraught mother flung herself into the river, but when her husband learnt what had happened, he dived in and followed her footprints along the river bed (this river possesses magical powers that prevent anyone entering it from drowning). He soon found her, so together they then trekked to the den of the blue lions, cautiously entered it, and found the jar containing their baby. But before they were able to rescue it, one of the blue lions caught sight of them, and forced them inside the jar too.

Fortunately, however, the husband had brought with him a magic ngona (antelope) horn, which, when he pointed it at each of them, so reduced them in size that they were all able to crawl inside the horn and remain hidden there. The following day, the blue lion that had discovered the husband and wife came to the jar to take them out with their baby so that the pride could devour all three of them, but the only thing that the lion could see inside the jar was an old antelope horn. The perplexed cat angrily bit it, but instead of the horn crunching up, it was the lion's teeth that shattered! Totally enraged by now, the lion spat the horn out, and with such force that it flew up through the water and out of the river altogether, landing safely on the river bank – where the family swiftly crawled out, regained their normal size, picked up the magic horn, and ran home to their village, with their rescued baby safe and sound.

A blue lion confronting the husband and wife with their baby – a gorgeous illustration from Fabulous Beasts: Myths and Legends (© Marcel Laverdet)

No specific details regarding the origin of this folktale (other than it is African) is given in the above book. However, African Genesis (1983) by Prof. Leo Frobenius and Douglas C. Fox contains a very similar folktale, which is attributed to the Wahungwe of Zimbabwe. Indeed, the only notable difference is that in the latter version, there is no mention that the water lions' fur was blue.

Although this is merely a traditional native folktale, the annals of African cryptozoology contain many accounts of supposedly genuine aquatic mystery cats, including various ones known locally as water lions - though as far as I am aware, none of them has blue fur! 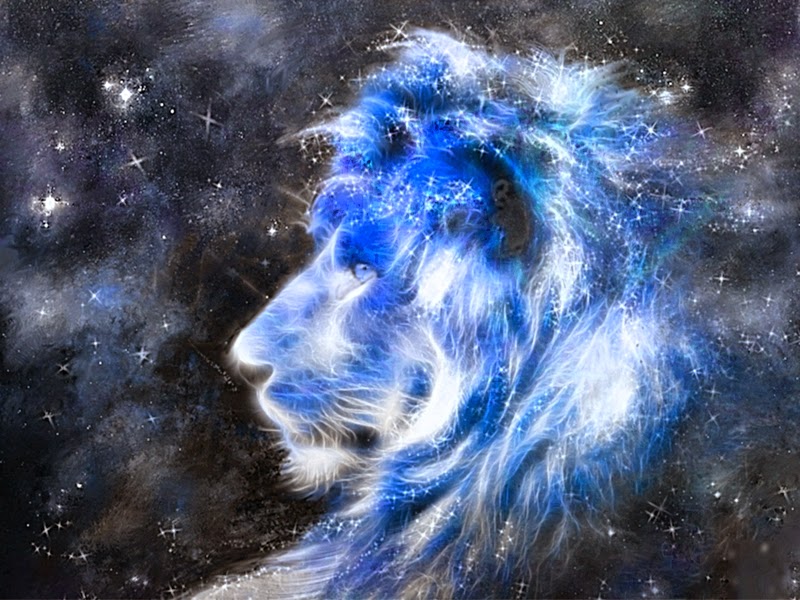 A cosmic blue lion (artist unknown to me)

As for Asia's blue lion: in Buddhism, Bodhisattvas are beings who are seeking enlightenment or are on the path to enlightenment, and are sometimes deemed to be deities. The most significant Bodhisattva, and one of the Lord Buddha's most important disciples, is Manjusri, who is associated with transcendent wisdom. According to popular Chinese mythology, as noted in Patricia Bjaaland Welch's book Chinese Art: A Guide to Motifs and Visual Imagery (2008), consulted by me recently, Manjusri (aka Wenshu in Chinese) has been linked with the five-peaked holy mountain of Wutai Shan in Shanxi Province since the 4th Century, and has supposedly been sighted riding a blue lion in this mountain's higher reaches, above the many temples and monasteries located here. 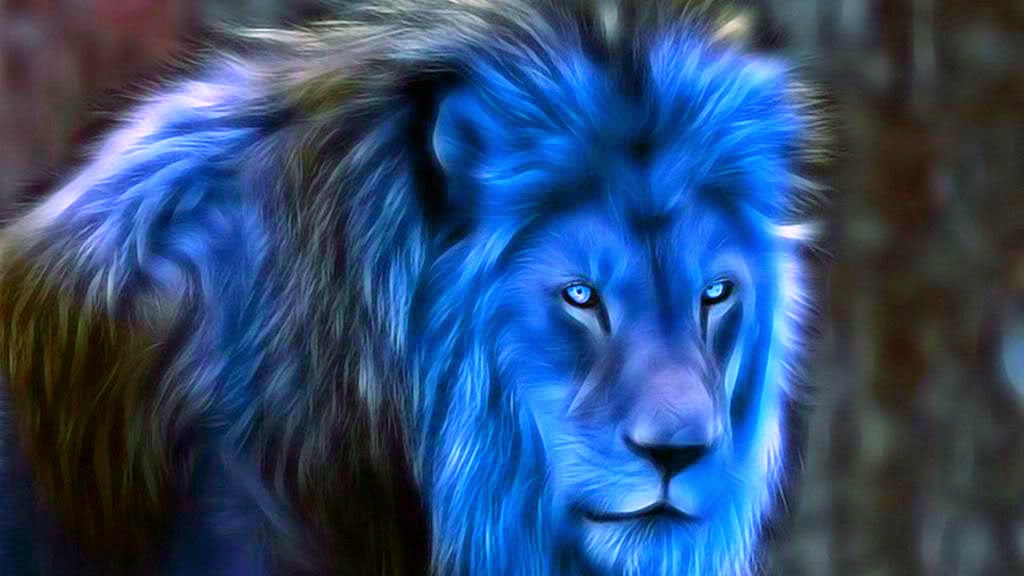 For more information on varicoloured lions, check out my books Mystery Cats of the World (1989) and Cats of Magic, Mythology, and Mystery (2012). 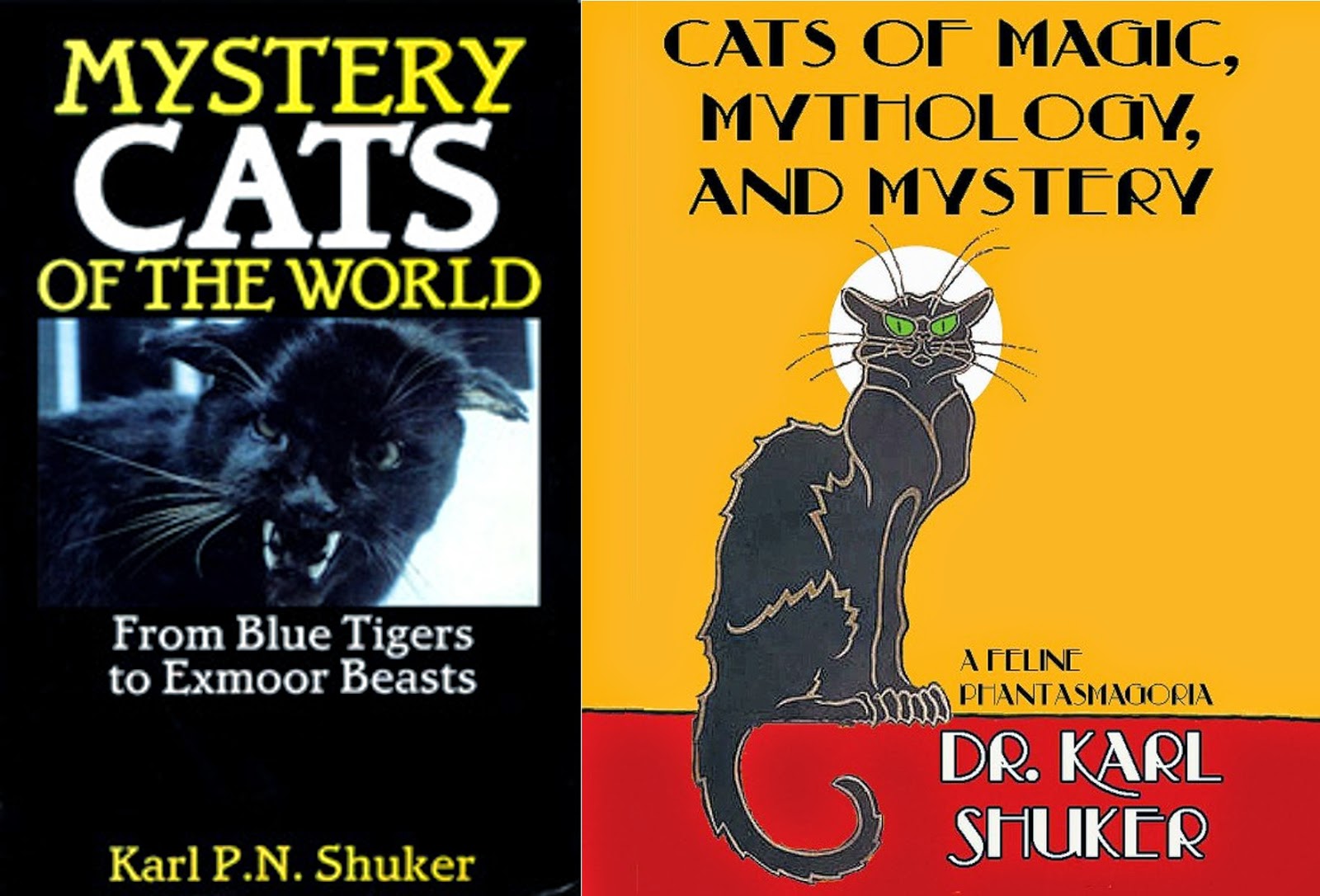