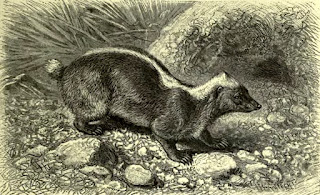 19th-Century engraving of the Malayan or Javanese stink badger, native to Java, Sumatra, and throughout Borneo (public domain)

If you have ever wondered what was the very first cryptozoological investigation that I ever undertook, wonder no longer – because here it is.

In my previous ShukerNature blog article (click here), I documented the little-known but fascinating crypto-case of a still-unidentified Argentinian mammal captured alive and even nurtured for a while by renowned British dog trainer Barbara Woodhouse that she vehemently claimed to have been a pouched skunk – a creature not presently known to the zoological world. However, that was not my first encounter with a mephitic mystery beast, as will now be revealed.

During the mid-1980s, in what turned out to be my debut within the fascinating field of cryptozoological investigation, I was able to assist in revealing the true identity of another skunk-dubbed zoological enigma. Namely, the alsatian-sized, tree-climbing Javan 'skunks' reported by the Antara News Agency on 14 May 1977. 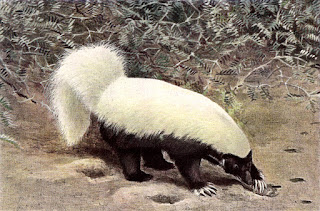 A common hog-nosed skunk Conepatus leuconotus, at up to 3 ft long one of the largest skunk species, from North and Central America, as illustrated by Louis Agassiz in 1918 (public domain)

The baffling report in question was quoted in full within the book Living Wonders: Mysteries and Curiosities of the Animal World (1982), authored by John Michell and Bob Rickard, which is where I encountered it, and it reads as follows:

Giant skunks, probably survivors from prehistoric times, have been discovered in the jungles of north central Java. The skunks are as big as German shepherd dogs [aka Alsatians] and can climb trees. B.O. Naing-golan of the Central Java Animal Lovers' Association said one of the giant skunks was captured and killed by shepherds recently on the slopes of the Ungaran mountain in Central Java. He deplored the fact that the giant skunks are not included on the list of protected species.

Skunks, of course, are not the size of alsatians, they do not inhabit Indonesia or anywhere else in the Old World per se (but see the end of this blog article for a pertinent taxonomic tail-note), and they are not typically arboreal. Consequently, in an attempt to find out more regarding these Javan anomalies, I penned a letter of enquiry to the ISC Newsletter – the now-defunct International Society of Cryptozoology's quarterly newsletter – which was duly published in its winter 1985 issue. And here it is:

After reading it, Gerald L. Wood, author of all three editions of The Guinness Book of Animal Facts and Feats (1972, 1976, 1982), kindly wrote to me on 26 June 1986 and revealed that he too had been greatly perplexed by the above-quoted news agency report after having first encountered it. Consequently, he had fully investigated its strange claim of zoological impossibilities – as a result of which he had successfully uncovered a startling error of etymology as the explanation.

Gerald had discovered (but had not publicly revealed) that these 'skunks' were in fact skinks – i.e. a type of lizard. Moreover, they were of very much more modest proportions than would befit an alsatian dog! 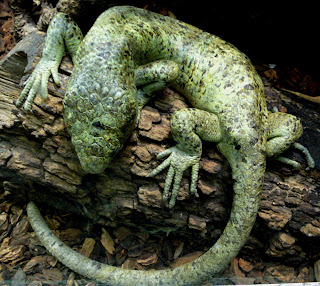 The Solomon Islands giant (prehensile-tailed) skink Corucia zebrata – at up to 32 in long from nose-tip to tail-tip, it is the world's largest extant species of skink but hardly compares with an alsatian dog! (public domain)

Here is a photocopy of Gerald's letter containing these revelatory details that he kindly sent to me: 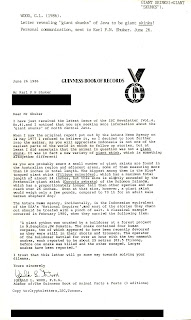 Gerald's letter to me re Java's giant 'skunks', written on 26 June 1986 – please click image to enlarge it for reading purposes

To provide an official, published response to my enquiry, a copy of his above letter was later published by the ISC Newsletter in its autumn 1986 issue, thus bringing to an official close another longstanding cryptozoological conundrum. 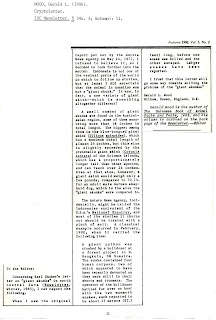 Incidentally, I've never actually identified with confidence the precise species of skink, giant or otherwise, to which the confused Antara News Agency report was referring. So if there are any herpetological specialists out there reading this blog article of mine who could offer any suggestions, please do post them here, as I'd very greatly welcome them – many thanks indeed! 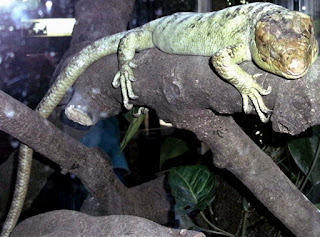 As for the tail-note that I promised earlier: in recent years, taxonomic revisions based upon comparative DNA analyses have led to all of the New World's ten or so species of skunk being split off from the mustelids (family Mustelidae) and rehoused in their very own distinct taxonomic family, Mephitidae. Moreover, they are no longer of exclusively New World distribution either, because those same DNA-based analyses revealed that the two species of Asian stink badger (the afore-mentioned Malaysian or Javanese and the Palawan ) are more closely related to the skunks than they are to badgers or to any other mustelids. Hence these too are now housed within Mephitidae. (Also, since my ISC Newsletter enquiry was published, the two stink badger species have been reassigned to a single genus, Mydaus, by some taxonomists.)

This in turn means that if we use 'skunk' as a general, informal collective term for all mephitids (rather than just the true, New World contingent), there really are skunks in Java after all – but nothing like the giant tree-climbers erroneously created by the Antara News Agency report! 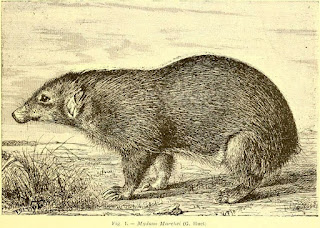 An engraving from 1887 of the Palawan stink badger, native to the western Philippines (public domain)

My sincere thanks to the late Gerald L. Wood, whose encouragement readily given to me during my fledgling years as an investigative cryptozoologist were – and always will be – very greatly appreciated by me.

This ShukerNature blog article is expanded and updated from the original section contained within my book From Flying Toads To Snakes With Wings: From the Pages of Fate Magazine. 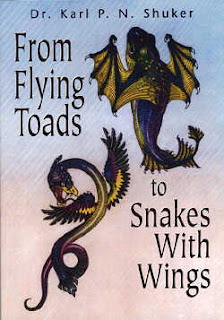