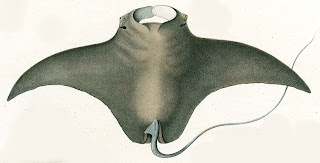 Is the sheytan based upon sightings of manta rays? (public domain)

On 29 November 2018, fellow UK cryptozoologist Richard Freeman brought to my attention a most intriguing article (click here to access it), written by Zineb Boujrada and posted earlier that year on Culture Trip's website, concerning a hitherto-obscure East African aquatic cryptid. Djibouti's so-called Island of the Devil (Goubbet Al-Kharab) earns its name from a terrifying sea monster called the sheytan (translated as 'devil') that locals vehemently believe exists in the bay (the Goubbet) surrounding the island.

Making this account especially interesting was its inclusion of what seemed to be a truly extraordinary and very noteworthy claim if true. Namely, that no less eminent a maritime expert than France's internationally famous undersea explorer and diver Jacques Cousteau had not only obtained proof of the sheytan's reality but also "insisted it never be revealed to humanity".

According to local newspapers at the time, Cousteau and his team conducted an experiment to explore the depths of the Goubbet by submerging a camel carcass in a cage. To their surprise, as they took it out of the water, they discovered that the cage had been entirely smashed and deformed, resulting in the disappearance of the carcass.

All of this was entirely new to me, so I lost no time in posting links to Boujrada's article on my various Facebook cryptozoology-related groups in the hope of eliciting further information or clarification. Happily, assistance soon came, courtesy of veteran French cryptozoologist Michel Raynal, who duly informed me on 30 November that the local Djibouti newspapers' claims were unfounded rumour, and that in 1971 Cousteau had publicly denied it in one of his own books, Life and Death in a Coral Sea (with Michel kindly sending me a copy of the relevant section from it). 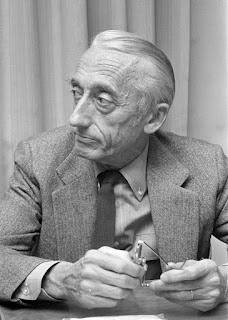 As this incident appears never to have attracted specific cryptozoological attention prior to my subsequent documentation of it in my Alien Zoo column for Fortean Times, however, I am presenting herewith Cousteau's own statement as contained in his book:

...we decided to visit the Goubet, a famous gulf of the Red Sea. Before leaving Djibouti that morning, one of our crew had by chance asked a local Arab diver about the Goubet. "Ah, sir," the man had replied, "it is a most extraordinary place. It is bottomless, and it is inhabited by monsters so large that they can drag down lines attached to 200-liter cans. Moreover, in 1963, Commandant Cousteau went there with Fredéric Dumas and his best divers, and they were so terrified by what they saw that they ran away."

Naturally, we were eager to see the place in which, according to local gossip, we had earned so ignominious a reputation. I must report, however, that the Goubet was a disappointment. It is an inland sea or gulf that connects with the Red Sea by a narrow pass in which there is a very strong current, running up to seven knots. The surrounding area is very beautiful, and very wild, being dominated by volcanic mountains bare of foliage and marked in shades of red, yellow, and black.

Once in the Goubet itself, we lowered the diving saucer to a depth of over six hundred feet without catching sight of even a small monster. The divers then suited up and went down also, but they saw nothing more remarkable than some very large sea urchins. There seemed to be very few fish of any kind. It is my guess that the "Goubet monster" of Arab legend was originally a manta ray, seen by some shepherd from a hill top. Manta rays are plentiful in this area, and it must happen occasionally that they wander into the Goubet and – because the inlet is so narrow and because mantas are not the most intelligent of beasts – have trouble finding their way out again.

Consequently, it would seem that either the sheytan is real but remained remarkably well hidden when Cousteau conducted his actual, genuine search for it, or it is indeed just a monstrous local legend. Worth noting, incidentally, is that a commonly-used colloquial name for the giant manta ray Manta birostris is the devil-fish (click here for more details). Alternatively, as this term has also been used in relation to giant squids and octopuses, perhaps if it truly exists the sheytan might be a gargantuan cephalopod, especially as mantas are pelagic creatures, not deepsea ones, whereas giant squids do inhabit deep waters. My thanks to Richard and Michel for alerting and assisting me in my investigation of this curious case. 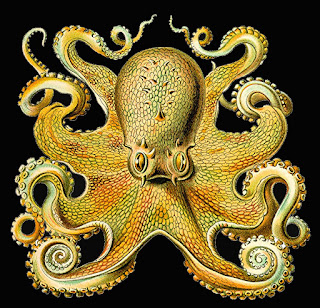 In view of how the sheytan allegedly inhabits great depths and drags down lines to these depths, if it truly exists might it be some form of giant deepsea octopus? (public domain)