CREEPY CREATIONS AND CRYPTOZOOLOGY – MONSTROUSLY-AWESOME ARTWORK FROM SHIVER AND SHAKE 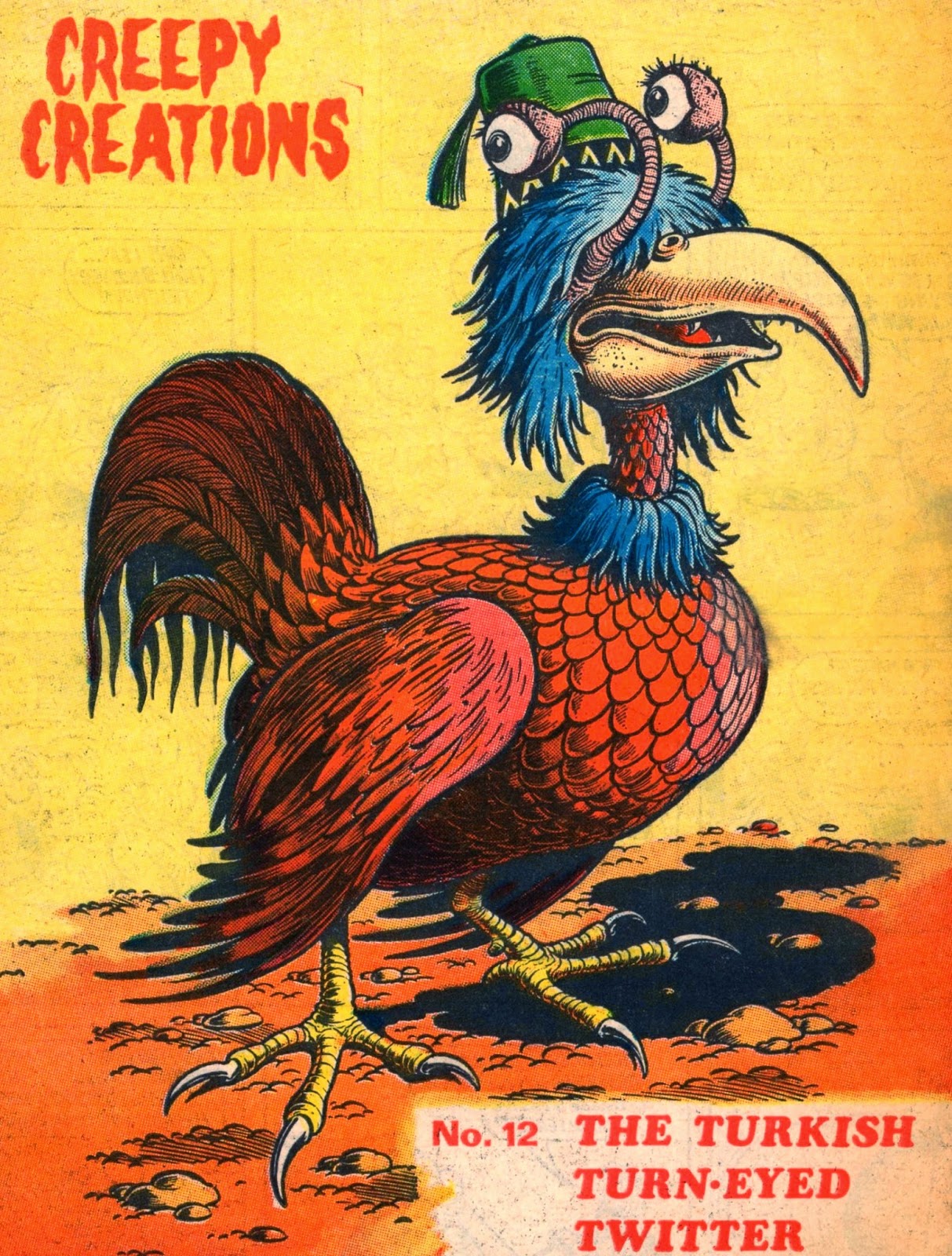 Unless, like me, you were a child or early teenager in Britain during the 1970s, the title of this present ShukerNature blog post will very probably leave you totally bemused – so let me explain what it's all about. One of the many British weekly comics that I used to read during that period was published by IPC and entitled Shiver and Shake – actually two comics in one, with Shake enclosed in the centre of Shiver. Starting with issue #1 (published 10 March 1973), every week the back cover of Shiver showcased a wonderful series of monster artwork known as Creepy Creations, which were mostly drawn by cartoonist Ken Reid. 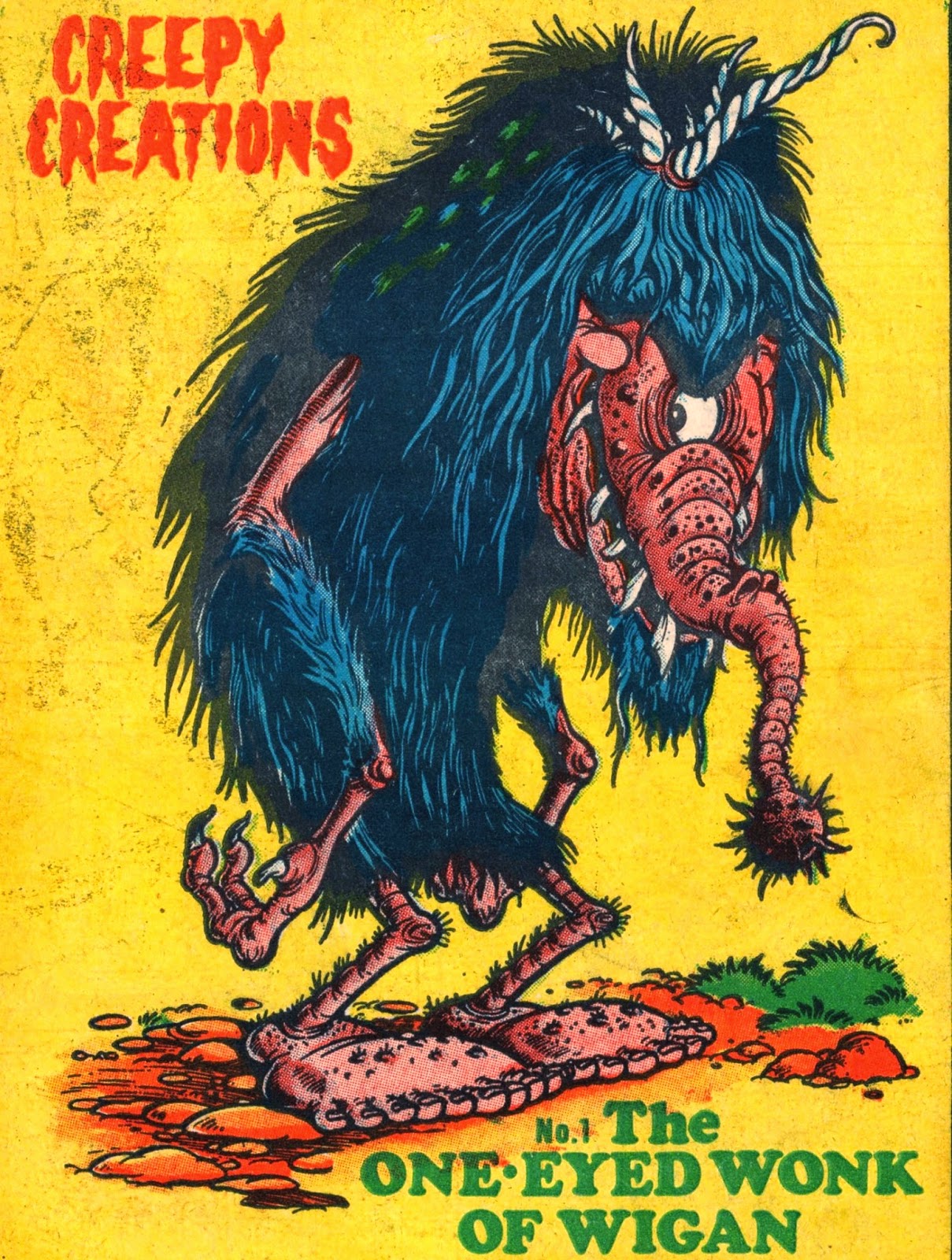 The first few were created specifically by Ken, but then the series became the focus of a long-running competition, whereby readers would be invited to send in sketches of their own monster creations, and the best entry each week as selected by the comic's editor would be redrawn professionally by Ken and then appear on the back cover; the winner would also receive a modest monetary prize - £1 - plus (if memory serves me correctly) Ken's original artwork of their monster. 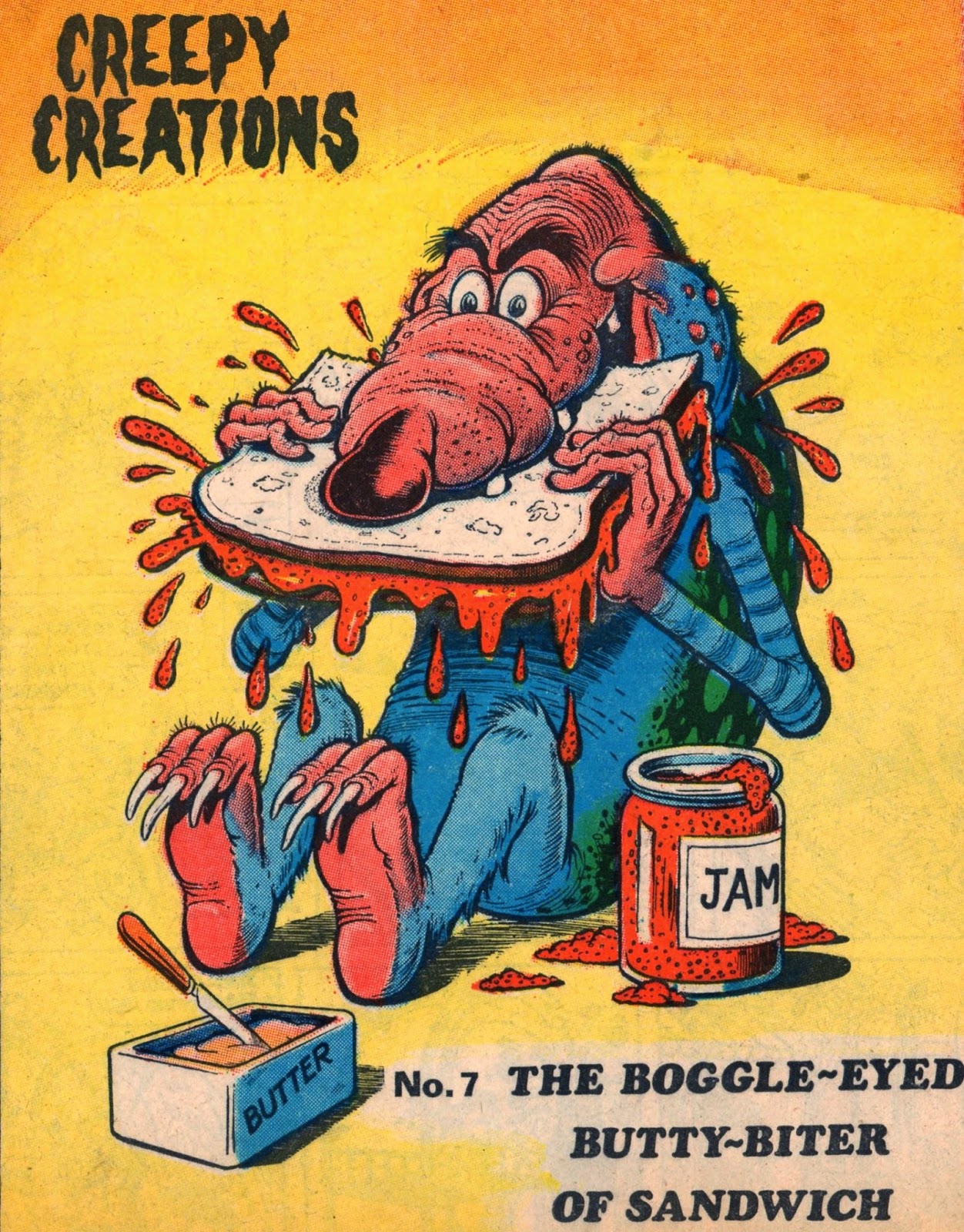 The Boggle-Eyed Butty-Biter of Sandwich – not just a Creepy Creation but also a jam-devouring relation, perhaps, of the honey-loving Winnie the Pooh? (© Ken Reid/IPC)

In total, 79 winning Creepy Creations entries appeared in the comic itself (as well as a number of runners-up, plus additional examples in the various Shiver and Shake Holiday Specials and Shiver and Shake Annuals), and they were all given titles that were hilariously alliterative and outrageously contrived, thus adding immensely to the fun. 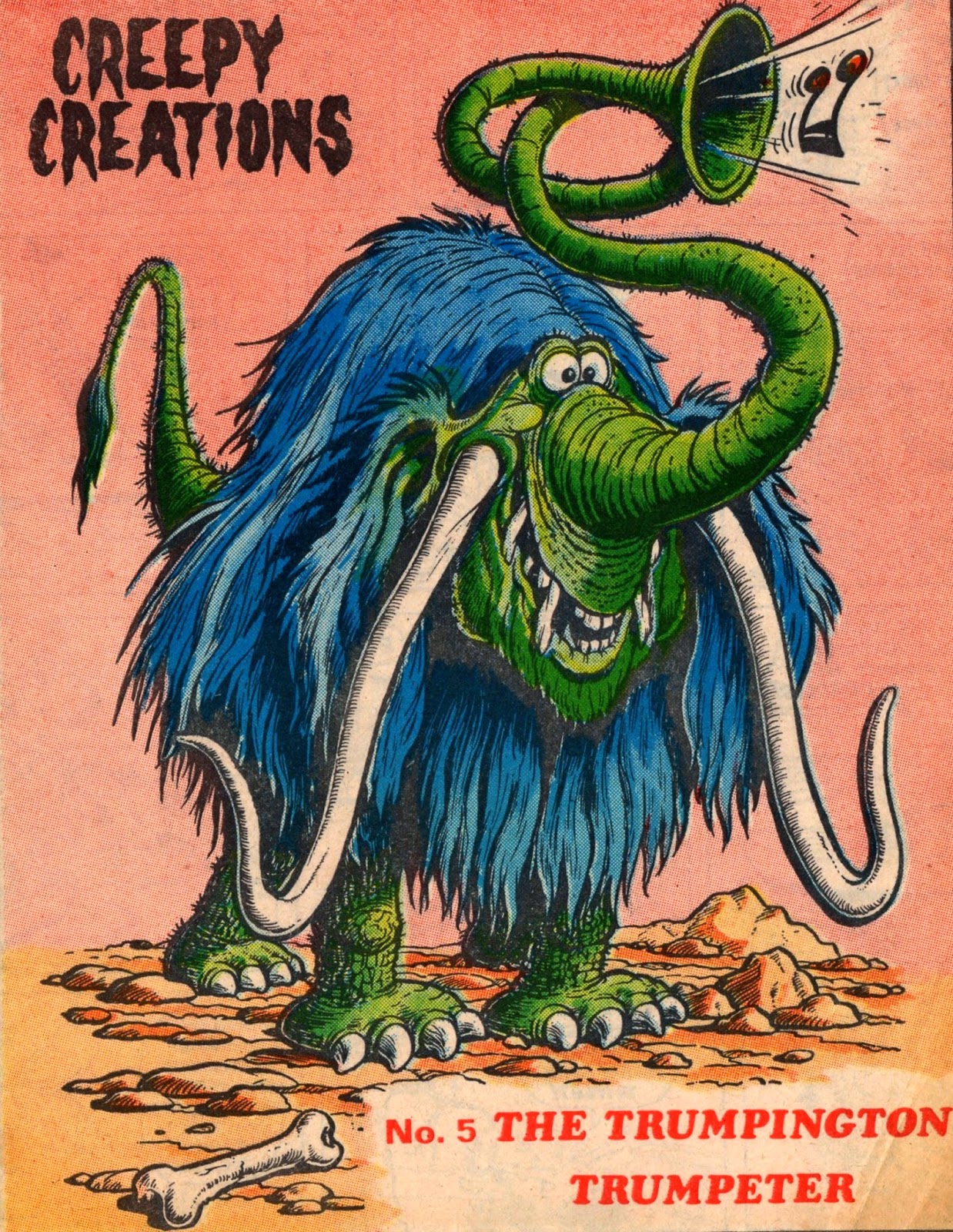 The Trumpington Trumpeter – is this where Rothschild's mystery tusk came from?  :-)  (© Kevin Reid/IPC)

I used to love this series – especially the more cryptozoological examples, naturally - and I still have a few that I cut out way back then and have kept ever since, some of which I've scanned and included in this post. All of which goes to show that it was not only the serious works of Heuevelmans et al. that inspired, encouraged, and nurtured my fascination with monsters and mystery beasts! 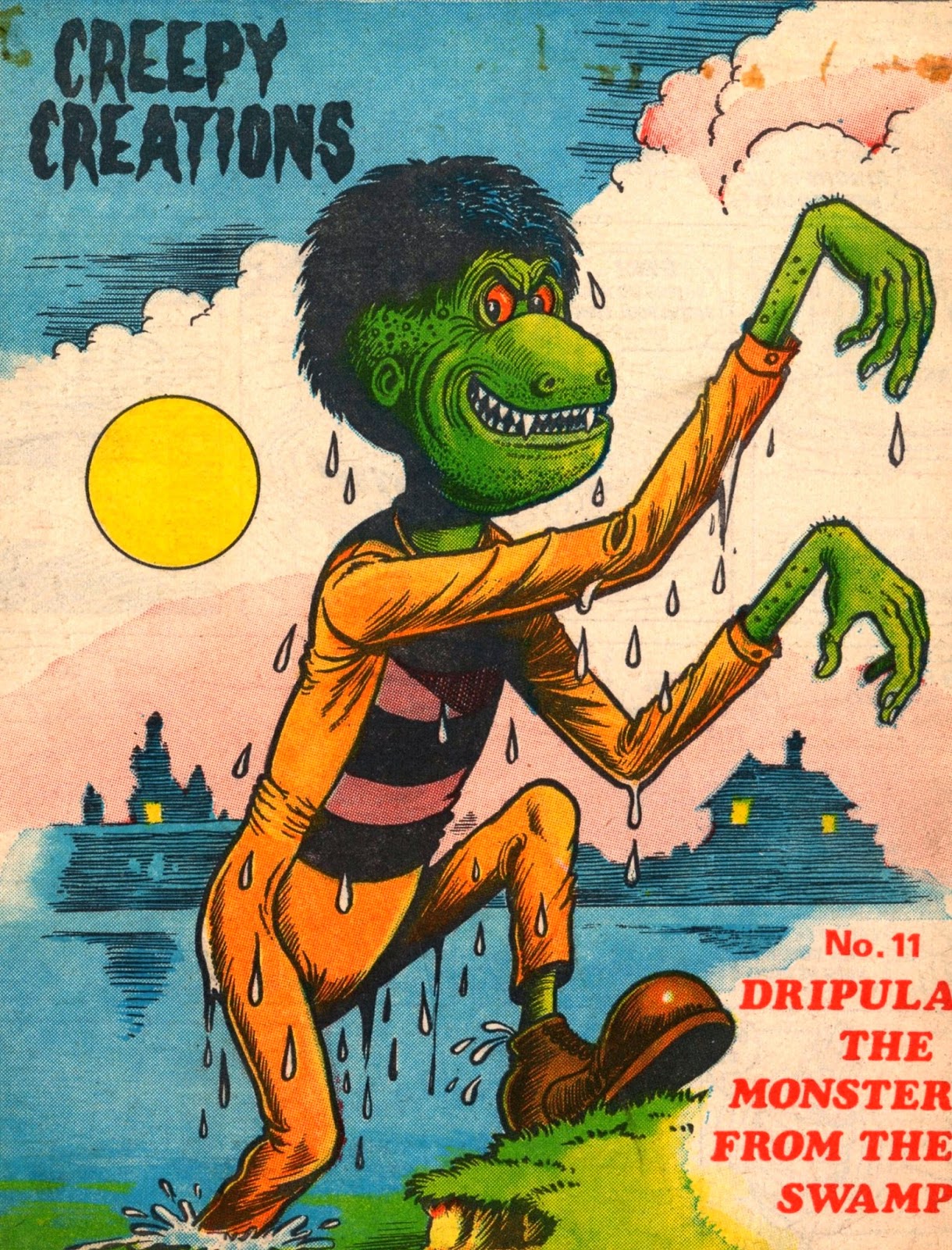 Dripula, the Monster from the Swamp – not a cryptozoologically-themed Creepy Creation but still a favourite of mine because I always felt that it would have made a very successful movie monster (© Ken Reid/IPC) 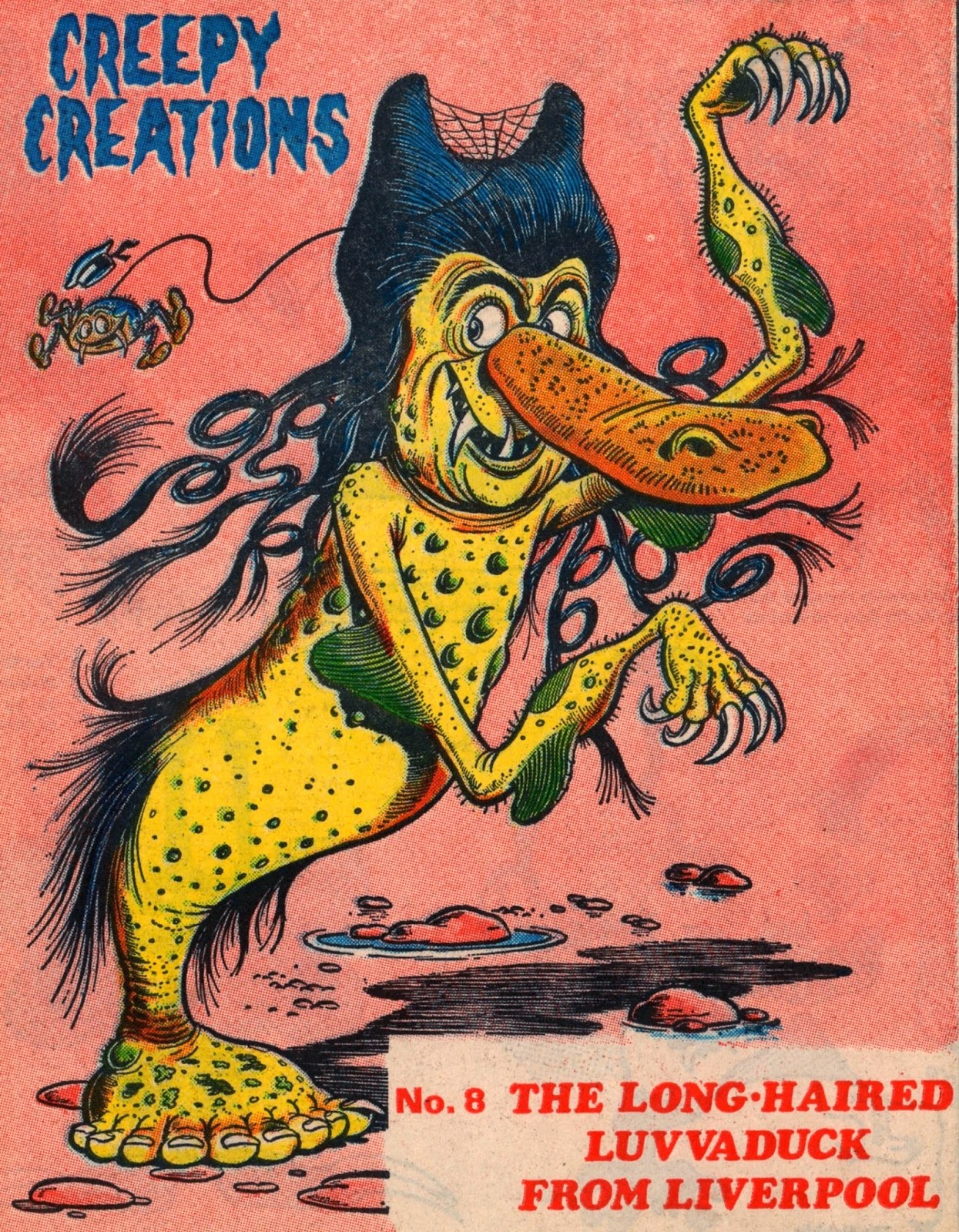 The Long-Haired Luvvaduck From Liverpool – Little Jimmy Osmond was in the pop charts at the time! (© Ken Reid/IPC)

Now, if only some enterprising publisher could issue a compilation edition… 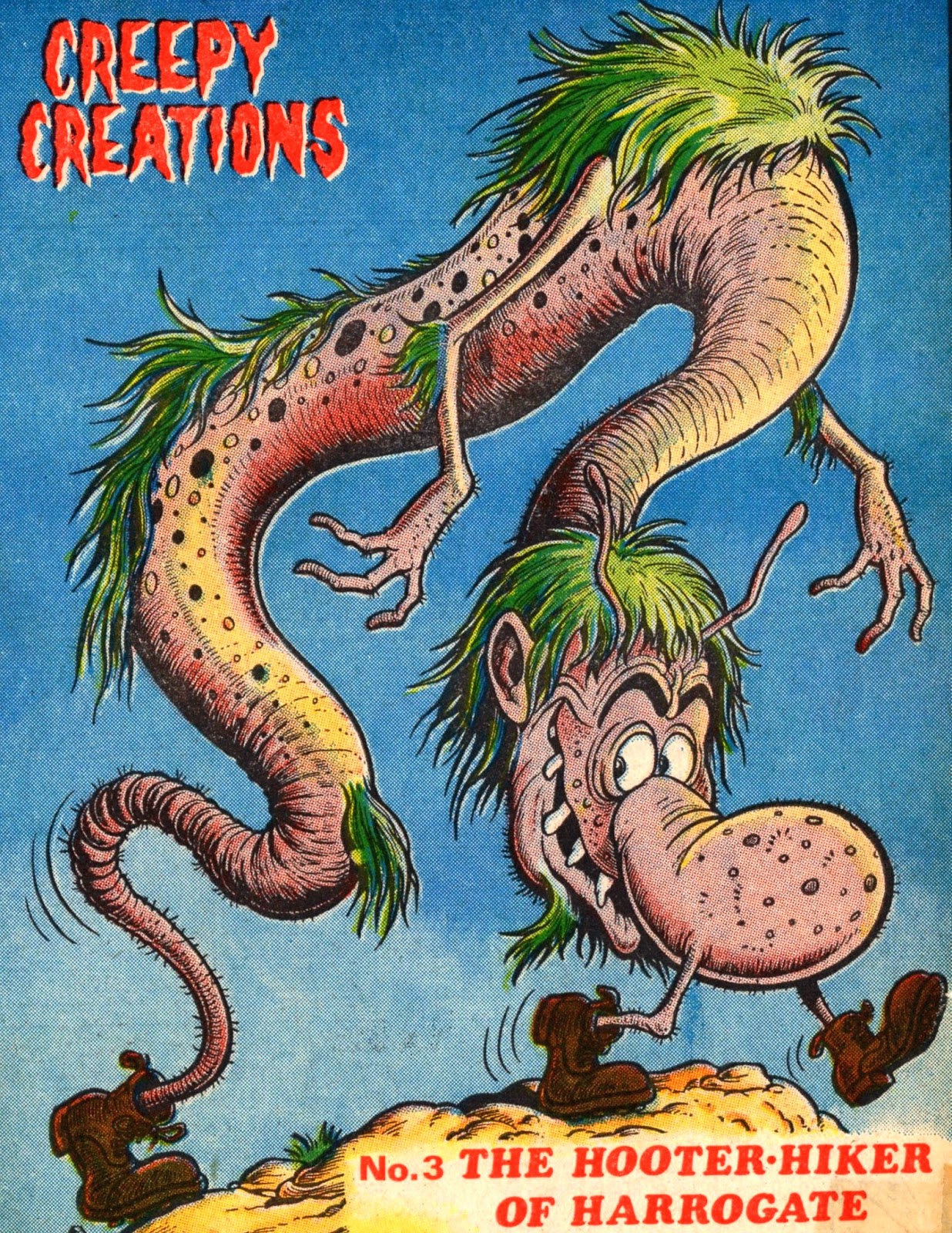 But to think that Creepy Creations began over 40 years ago – where does the time go?! And how sad that the once-thriving, burgeoning array of British comics - in their heyday when I was young - have long since vanished. Today, just a single example, The Beano, survives, with even its longstanding sidekick The Dandy lately relegated to an online-only presence. Ah well, at least I still have my good memories of them (together with a few yellowing copies and some hardback annuals). Good memories indeed, of happy bygone days. 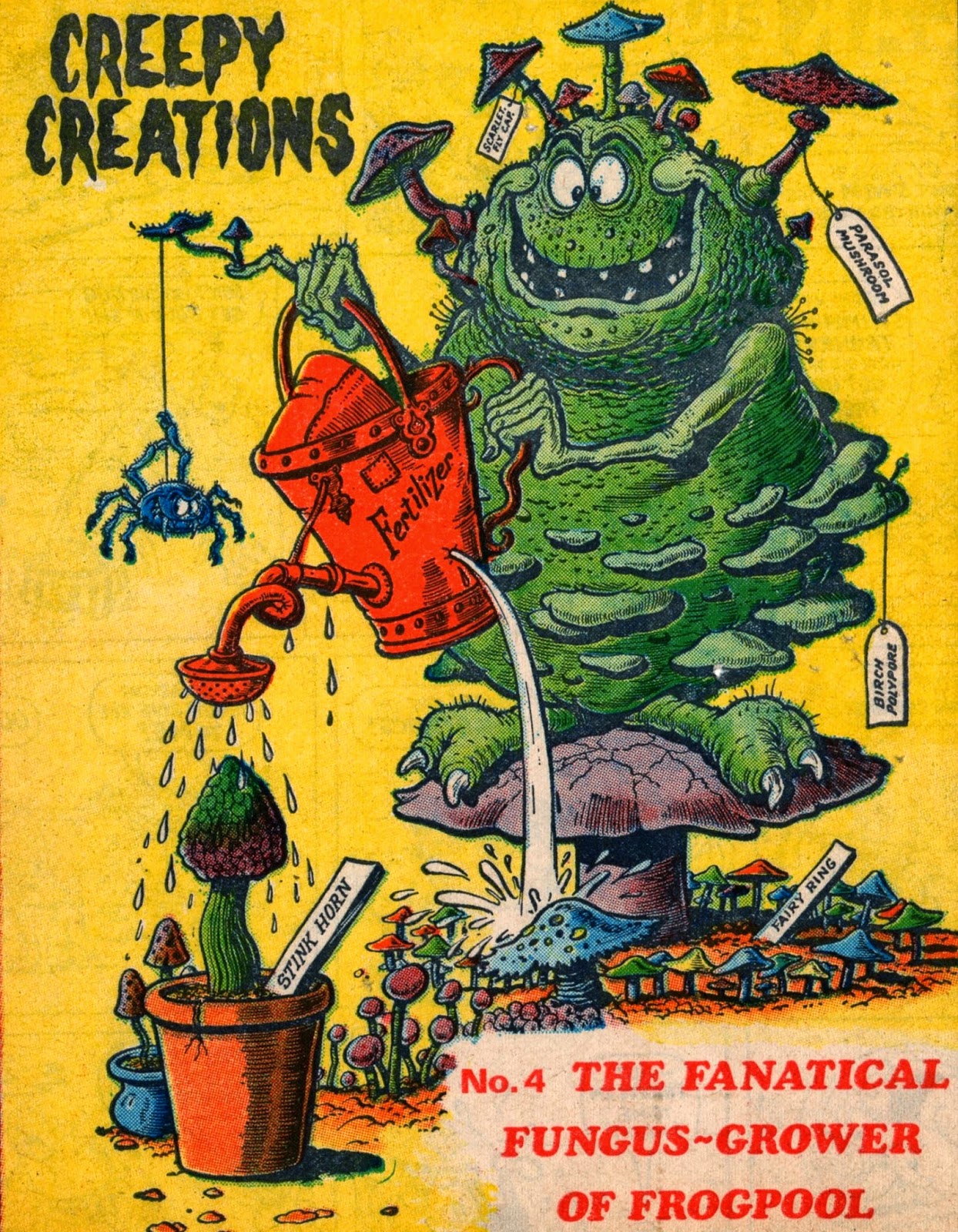