Although it can often equal or even exceed the leopard Panthera pardus in overall size, the puma Puma concolor is not a 'big cat' in the strict scientific sense - its throat structure, for example, is quite different from that of true big cats (i.e. belonging to the genus Panthera). It is particularly surprising, therefore, that successful matings between pumas and some of the Panthera species have occurred - the resulting hybrids thereby being intergeneric rather than merely interspecific.

Probably the most famous of these were the several litters of puma x leopard hybrids bred in 1898 at German animal dealer Carl Hagenbeck's Tierpark (which moved premises to Hamburg's Stellingen quarter in 1907). One of these was a pumapard (male puma x leopardess hybrid) raised by a fox terrier bitch that was displayed at Hagenbeck's Tierpark during the first decade of the 20th Century. This specimen resembled a puma in overall form but was noticeably smaller in size than either of its progenitor species and was marked with pronounced rosettes and blotches. It also had a very long tail. 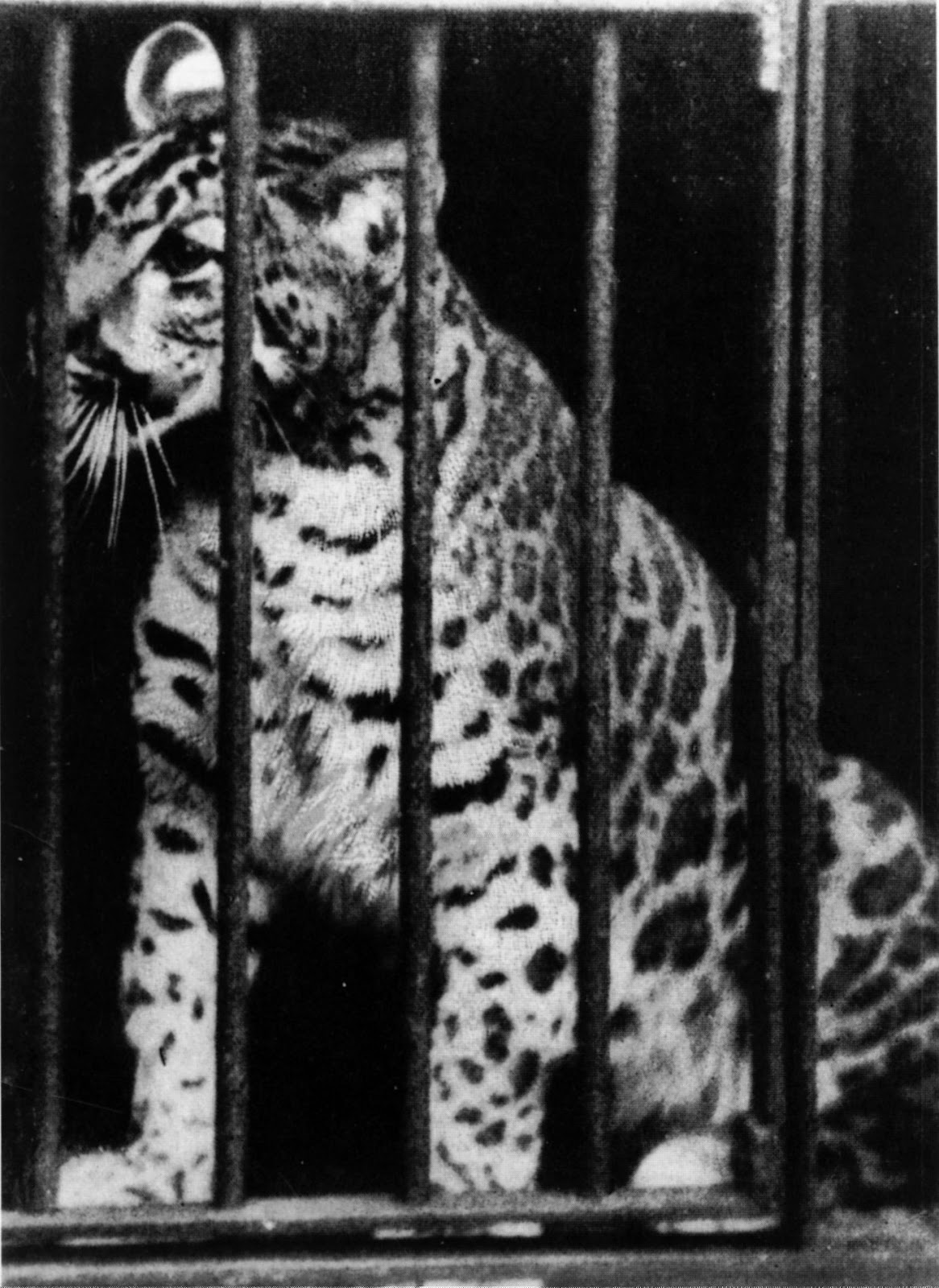 One of Hagenbeck's pumapards is preserved as a taxiderm specimen at Tring's Natural History Museum in Hertfordshire (as seen by me when I visited this wonderful museum as a birthday treat in December 2012), which was originally the personal zoological museum of Lord Walter Rothschild. There is some confusion in various online accounts as to whether this specimen, small in size, is one and the same as Hagenbeck's pumapard reared by a fox terrier. However, in The Living Animals of the World, a two-volume multi-contributor animal encyclopedia from 1901, the above photograph of the terrier-reared pumapard was published with a caption stating that the animal was now dead: "...and may be seen stuffed in Mr. Rothschild's Museum at Tring" - which would seem to confirm that they are indeed one and the same individual.

A comparable cat, yet derived from the reciprocal cross (male leopard x female puma), thereby making it a lepuma, was purchased from Hagenbeck by Berlin Zoo in 1898, and was said at the time by the zoo's director, German zoologist Dr Ludwig Heck, to resemble "a little grey puma with large brown rosettes". Documenting this same animal in 1968, German cat expert Dr Helmut Hemmer described it as being fairly small with somewhat faded rosettes present upon a background pelage colour resembling that of a puma. Puma x leopard hybrids obtained by artificial insemination are also on record. 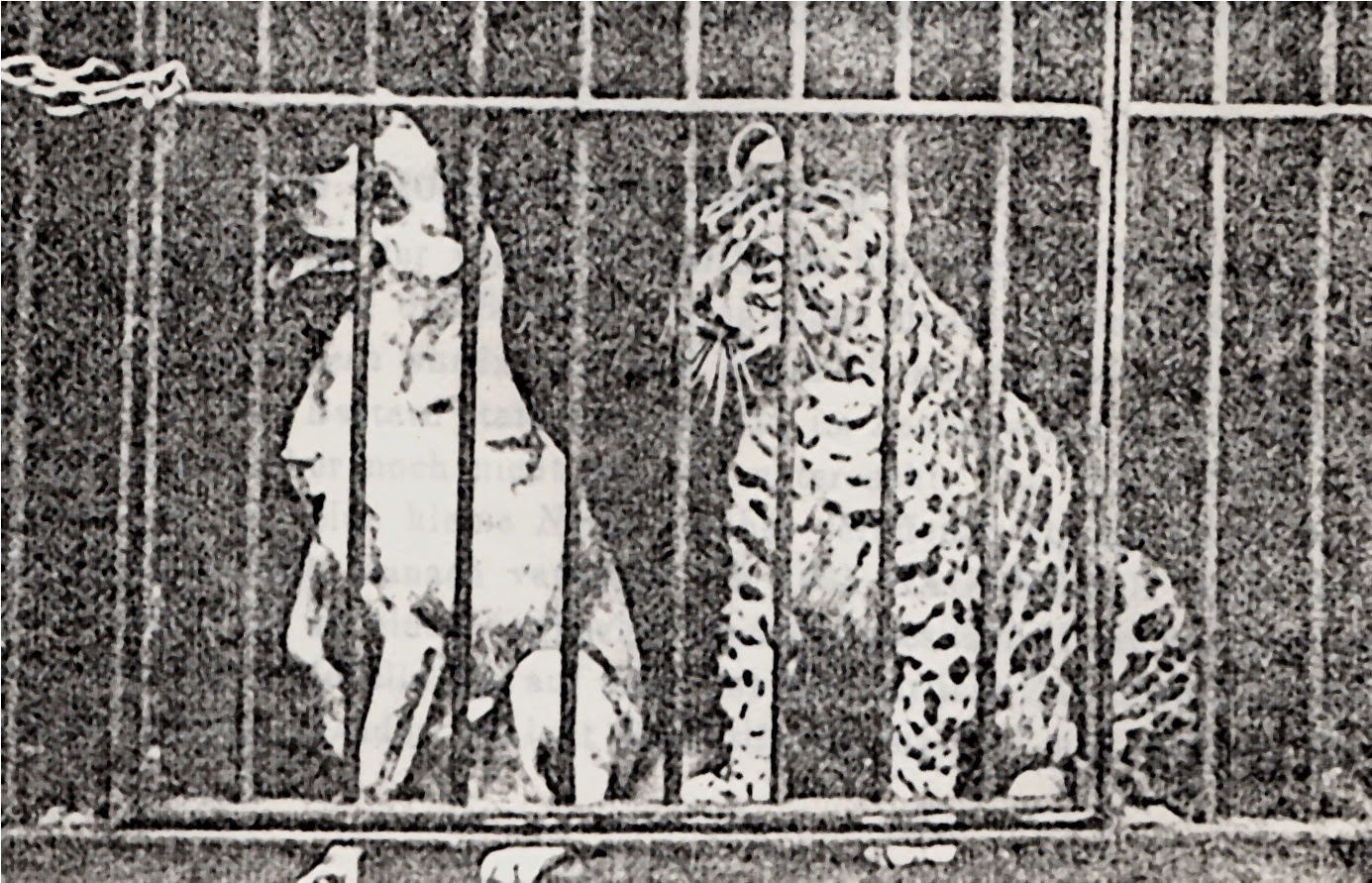 A photocopy of the original yet rarely-seen uncropped version of the only known photo of Hagenbeck's terrier-reared pumapard taken when alive, revealing that it was photographed whilst sitting alongside its fox terrier foster-mother (public domain)

This ShukerNature blog article was excerpted from my book Cats of Magic, Mythology, and Mystery (CFZ Press: Bideford, 2012), which contains further details regarding many fascinating examples of feline hybrids – check it out!