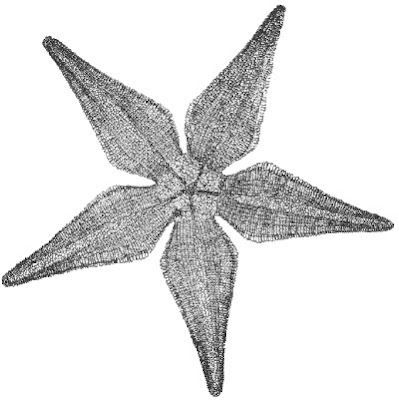 Fifty years ago saw the remarkable elevation of a hitherto-obscure invertebrate species to the rank of a veritable living fossil - but was it? The following fascinating episode from the zoological chronicles is excerpted from my book The Encyclopaedia of New and Rediscovered Animals, due to be published next month.

The most familiar members of the phylum Echinodermata are the starfishes, which have traditionally been divided into two subclasses - Euasteroidea (the true starfishes), housing all of the modern-day species; and Somasteroidea, known only from fossil species dating back to the early Ordovician Period, some 488-478 million years ago. (More recently, Somasteroidea has been elevated from a sub-class to a class in its own right by some workers.) During the 1960s, however, Somasteroidea experienced a most unexpected (albeit only temporary) renaissance.

The seeds for this had been sown some years earlier, when Prof. H. Barraclough Fell, from New Zealand's Victoria University, had become very interested in the obscure species Platasterias latiradiata from Mexico's Pacific coast, described in 1871 but still virtually unknown. After studying the meagre amount of published data concerning its structural anatomy, he began to wonder whether it really was a true starfish after all, because it seemed to exhibit certain features more comparable to those of somasteroids than eusasteroids - including petal-shaped arms whose skeletal components resembled rod-like structures called virgalia (possessed by somasteroids but not by euasteroids).

Yet to satisfy himself totally, Fell needed to examine a specimen of this enigmatic echinoderm - which immediately posed a problem, as earlier enquiries to museums in Mexico had failed to elicit one. Undaunted, he contacted Alisa M. Clark, Curator of Echinoderms at the British Museum (Natural History), and promptly received a portion of an arm from a preserved Platasterias. From his study of this vital material, he felt sure that the arm's ventral skeleton was indeed constructed from virgalia-like rods, and other anatomical features likewise seemed to substantiate a somasteroid identity for it.

Thus, in December 1961 Fell announced that Platasterias was a living somasteroid, thereby resurrecting an entire subclass of echinoderms from 400 million years of extinction. In 1962, he published details of his structural analysis of Platasterias and his conclusions in several scientific journals, which attracted appreciable zoological interest.

By 1966, however, doubts regarding the somasteroid affinities of Platasterias had begun to be voiced. In particular, Dr F. Jensenius Madsen, of Copenhagen's Zoological Museum, opined that the virgalia of somasteroids were not so significant as previously thought. The skeleton of euasteroids is composed of numerous bone-like knobs called ossicles, and Madsen considered virgalia to be nothing more than ventrolaterally-sited versions of these, thereby reducing their taxonomic value. Leading on from this, he postulated that Platasterias was merely a somewhat aberrant member of the starfish genus Luidia, and that its distinctive petal-shaped arms were simply an adaptation for life on an unsteady sandy seafloor. His opinion swiftly gained support from other researchers (notably Dr D.B. Blake) investigating ossicle structure in starfishes; so by the early 1970s Platasterias was not only reclassified as a euasteroid, but was also renamed, becoming Luidia latiradiata - thereby jettisoning the subclass Somasteroidea back into Ordovician obscurity. 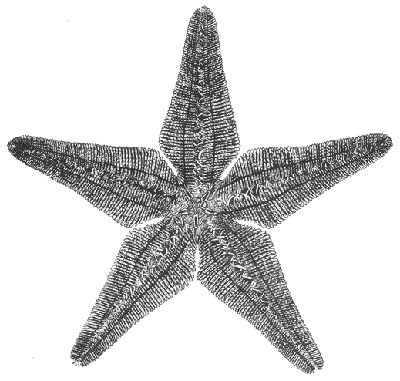