BEWARE OF THE CATIPOCE - THE CHESHIRE CAT'S PREFABULOUS COUSIN! 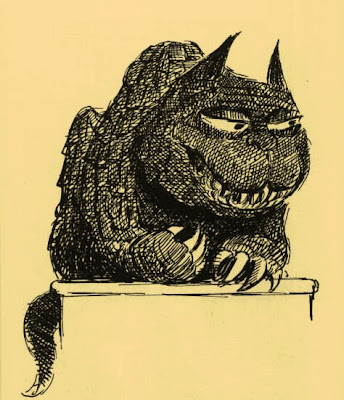 The dreaded Catipoce, as illustrated by Edward Ardizzone in James Reeves's Prefabulous Animiles (1957)

The Cheshire Cat, from Lewis Carroll's classic children's book Alice's Adventures in Wonderland (1865), may well be the literary world's most famous grinning felid - but it isn't the only one...

One of the earliest books that beckoned me down the often-thorny, frequently-meandering, but ever-beguiling pathway of cryptozoology is one that may not be very familiar to many (if, indeed, any) other cryptozoologists - but it definitely should be. It was a thoroughly enchanting book of original poetry by James Reeves (and illustrations by Edward Ardizzone), first published in 1957, and entitled Prefabulous Animiles. 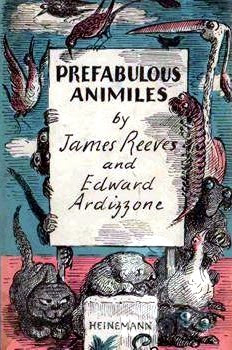 As its title suggests, it was filled with captivating verses on such wonderfully whimsical albeit totally fictitious monsters as the hippocrump, the chickamungus, the doze, and - my own personal favourite (evincing even at that tender age a particular interest in mystery cats) - the catipoce.

As revealed in a hilarious eight-verse poem, this was a fiendish female Cheshire cat doppelgänger that lured her hapless victims within reach of her lethal carrion-stained claws and 44 crooked teeth by virtue of her mesmerising, irresistible grin. Having said that, so ghastly is this sight that many have gone mad at the merest glimpse of it – always assuming that they haven’t already succumbed to her fatal sneeze! 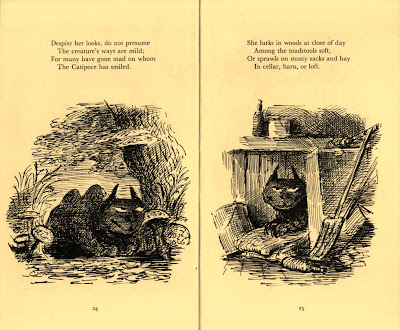 Beware of the Catipoce! Two pages from her poem in Prefabulous Animiles, illustrated by Edward Ardizzone

Lurking at dusk in woods, cellars, barns, or even an uninspected loft, or crouched behind neglected rubbish dumps, sometimes only the catipoce’s horn-humped back is visible – until some unwary person treads close enough to witness this foul felid's rapacious grin:

THE CATIPOCE - by James Reeves

Thus spoke the maiden in alarm;
She had good cause to fear:
The Catipoce can do great harm,
If any come too near.

Despite her looks, do not presume
The creature's ways are mild;
For many have gone mad on whom
The Catipoce has smiled.

She lurks in woods at close of day
Among the toadstools soft,
Or sprawls on musty sacks and hay
In cellar, barn, or loft.

Run, run! adventurous boy or girl -
Run home, and do not pause
To feel her breath around you curl,
And tempt her carrion claws.

Avoid her face; for underneath
That gentle, fond grimace
Lie four-and-forty crooked teeth -
My dears, avoid her face!

'O Harry, Harry! hold me close,
And hold me close a while;
It is the odious Catipoce
With her devouring smile!'

Lewis Carroll's Cheshire Cat has a lot to answer for! 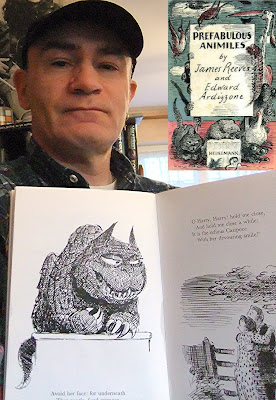