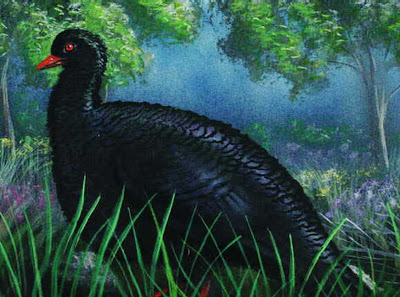 One of many little-reported cryptozoological birds in need of an identity is Zululand's mysterious kondlo - a large, black, fowl-like bird that incited a considerable conflict of opinion within the pages of the periodical African Wild Life during the early 1960s, yet which nowadays is all but forgotten.

Its principal champion was Captain G.T. Court of Durban, South Africa, whose letter of December 1962 described the kondlo as a voiceless bird comparable in size and shape to a young female domestic turkey poult, with a feathered head and beak also resembling a hen turkey's. Its irises, beak, legs, and feet were red, but its plumage was glossy black, overlain with a greenish-blue sheen - all of which gave it a colouration reminiscent of the chough Pyrrhocorax pyrrhocorax, a species of European crow. It did not seem to exhibit sexual dimorphism (morphological differences between the sexes). 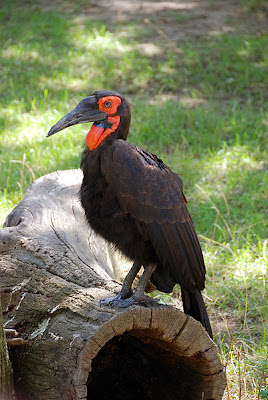 During the series of interchanges published in African Wild Life, the southern ground hornbill Bucorvus leadbeateri and the bald ibis Geronticus calvus were offered as putative identities, but both were vehemently rejected by Captain Court. His views were based upon personal experience of the kondlo - from many years of hunting, not only was he fully acquainted with every species of game bird in this region of South Africa, but in addition he had actually shot and eaten several specimens of kondlo. Consequently, he was readily able to differentiate between the ground hornbill, bald ibis, and kondlo. 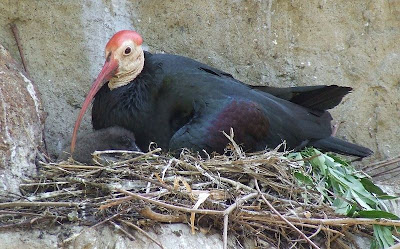 Furthermore, quoting from a scholarly Zulu-English dictionary compiled by priest Father Alfred Bryant during many years of work here, Court pointed out that these three birds even had their own wholly separate local names. The ground hornbill was known as the tsingizi, the bald ibis was the xwagele, and the kondlo was only ever termed the kondlo.

According to Court, this mystifying bird occurred in groups of 4-8 on the grass-covered ridges of Mtonjaneni and Mahlabatini, and when it took to the air it flew low, in a manner resembling the flight of a guineafowl. Ominously, Court also noted that although once abundant, the kondlo seemed lately to be disappearing from its former haunts; his most recent sighting was in about 1956. Surely this species could be systematically sought and conclusively identified by ornithologists - always assuming that it hasn't already died out?

This ShukerNature blog post is excerpted from my book Mysteries of Planet Earth: An Encyclopedia of the Inexplicable (Carlton Books: London, 1999).
Posted by Dr Karl Shuker at 20:58