ATTACKED BY A BRITISH MYSTERY CAT! - A HITHERTO-UNDOCUMENTED ABC CASE.

Having been researching cryptozoology for almost 30 years, I have received countless communications from correspondents worldwide – far more than I have ever been able to incorporate into books and articles. Thanks to my ShukerNature blog, however, I now have an additional outlet that I can use to disseminate information received by me, including reports such as the following highly significant one, concerning a British mystery cat or ABC (Alien Big Cat). Received by me almost 20 years ago, but never before published, it greatly deserved to be quoted in full rather than merely summarised, yet it was far too lengthy for inclusion in traditional hard-copy articles or similar publications of mine. Now, at last, it can be made public, in its entirety. Due to its dramatic content, however, and the resulting possibility that the person who submitted this report will receive obtrusive media attention, despite their permitting me to release their name if I so choose and the considerable time that has elapsed since the reported incident occurred I have decided to withhold both their name and their specific location at the time of their writing to me, though I have retained these details on file. Instead, I shall simply refer to this person here as 'AZ' (not their real initials).

Just before Christmas 1992, I received a remarkable 4-page letter through the post, which had been passed on to me by Susan A. Wood, widow of Gerald L. Wood. The author of three comprehensive editions of The Guinness Book of Animal Facts and Feats, Gerry had been a longstanding friend of mine, but, tragically, he had died more than a year before the letter had been sent. It had reached Susan on 14 December 1992, she had responded to it two days later, and had then posted it to me on 18 December in case it would be of interest to me – which it most certainly was!

The handwritten letter was from AZ, a member of the Romany community, and it told of an extraordinary, and very frightening, encounter with a large mystery cat in the Cheviots on the English-Scottish border during summer 1987. Here are scans of AZ's entire communication to Gerry, with only the name and address of AZ and those of various family members and friends of AZ blacked out: 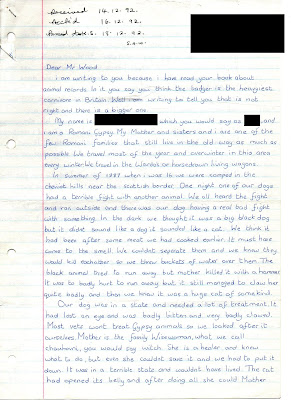 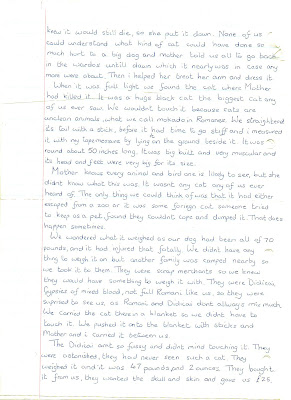 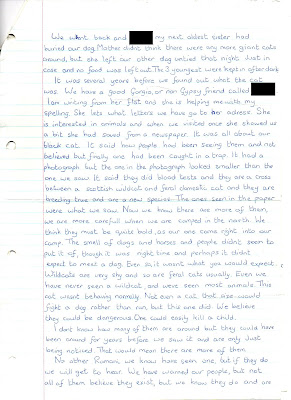 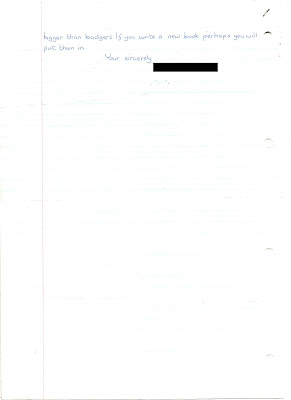 The cats alluded to in the newspaper report mentioned by AZ in her letter were of course Kellas cats. Recorded from the Scottish Highlands, including the environs of the hamlet of Kellas, these predominantly black, distinctive-looking felids had first come to public and media attention in 1984, but they had subsequently been shown to be introgressive (i.e. highly-complex, multi-generational) hybrids of Scottish wildcats and domestic cats (as opposed to a new species in their own right, despite certain media reports erroneously claiming this). I had predicted this identity for them in my book Mystery Cats of the World (1989), and in greater detail within my scientific paper reviewing the Kellas cat published in the International Society of Cryptozoology's peer-reviewed journal Cryptozoology (vol. 9, 1990). 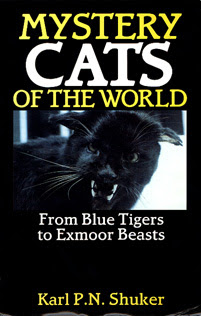 My book Mystery Cats of the World , featuring a stuffed Kellas cat on its front cover (Dr Karl Shuker)

After receiving AZ's letter from Susan Wood, and reading it with great interest, on 11 January 1993 I wrote to AZ, providing information concerning the Kellas cat, and including a request for additional information regarding the mystery cat's morphology. On 20 January, I received a detailed 5-page handwritten reply, which included a sketch of the incident involving the cat. Once again, I have scanned this and now present it in full as follows, with only identity details appertaining to AZ et al. blacked out: 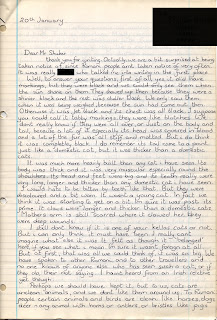 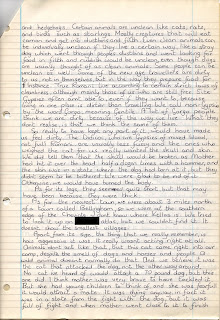 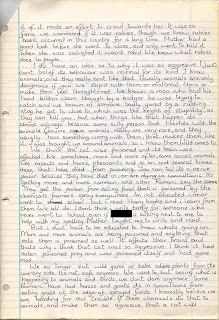 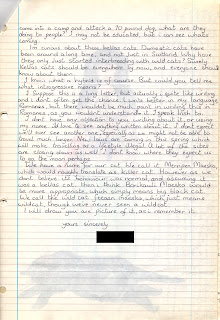 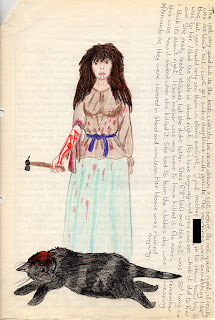 As you will see from reading this second letter, AZ now seemed less certain that the cat had been a Kellas cat. And as no mention was made of the latter felid's usually conspicuous fangs, white guard hairs, white throat patch, and often gracile form, I too harbour doubts as to whether this is truly what their feline assailant had been. To my mind, it seems more likely that it was an exceptionally large black feral domestic cat (indicated by its pointed tail), sporting cryptic tabby markings analogous (if not homologous) to the cryptic rosettes of melanistic leopards (aka black panthers) and melanistic jaguars.

In response to AZ's request, I wrote back on 4 February 1993, explaining the term 'introgressive', but I never received any further reply from AZ. So here, 19 years later, is where the case remains, still unresolved, but nonetheless offering tantalising evidence that oversized black feral domestics do indeed occur. This is a phenomenon already evinced in Australia (it should be noted that one of the principal genes for black coat colouration in domestic cats also increases body size), and in my view it is seemingly increasingly likely as an explanation for a sizeable proportion of all but the biggest black mystery cats reported from Britain and elsewhere too. 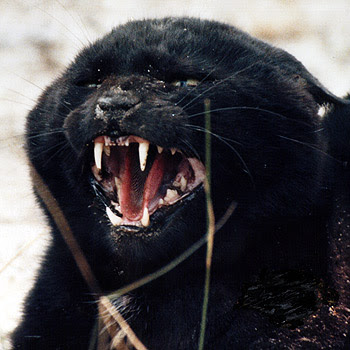