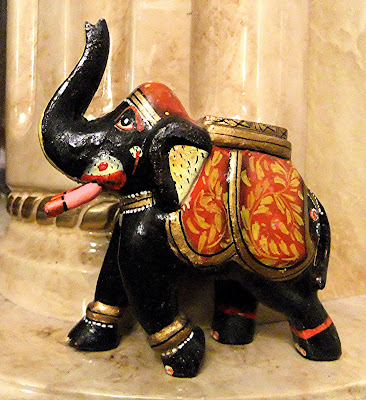 "One T'ang source [namely, Ch'ing I Lu, by T'ao Ku] tells of a race of black elephants with small pink tusks in Hsun and Lei [corresponding to the Leizhou Peninsula and southeastern Guangxi Province]. Perhaps this describes the true Chinese race itself, whose furious representatives had been subdued by the agents of the kings of Shang [the Chinese dynasty spanning c.16th-11th Century BC]...The naturally pink ivory of the local elephants was well favoured, indeed as equal to the ivory imported from overseas."

Yet as such creatures certainly do not exist today, one might be forgiven for assuming that they owe more to local legend than zoological reality - which is why it came as such a surprise to discover that this elephantine enigma has actually been assigned its own official scientific name.

In his volume Some Extinct Elephants (1955), Sri Lankan zoologist Dr P.E.P. Deraniyagala formally classified it as a discrete subspecies of the Asian elephant, dubbing it Elephas maximus rubridens ('pink-tusked'). Formerly native to eastern China as far north as the Yellow River, this elephant's attractively-tinted tusks proved so sought-after that it had been hunted into extinction by c.1500 BC. Elephants do still exist elsewhere in China, but these belong to the Asian elephant's Indian subspecies. 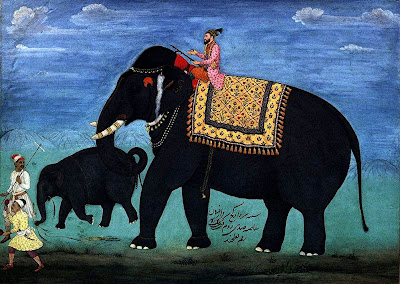 Black elephants were often illustrated by Mughal artists in India, such as this 17th-Century example, depicting black elephants from the stable of a Mughal ruler, but their tusks were white, not pink

Yet as there are no pink-tusked black Chinese elephants in existence any more, what did Deraniyagala use as his type specimen, upon which to base his formal description of this long-vanished subspecies? Remarkably, he selected for that purpose an antique Chinese bronze statuette - or, to be precise, an illustration of this statuette - present within the collections of Chicago's Field Museum of Natural History. The illustration had been published in 1925 by Berthold Laufer, Curator of Anthropology at the museum, within one of the museum's own publications, a 78-page anthropology leaflet (#21) entitled Ivory in China. 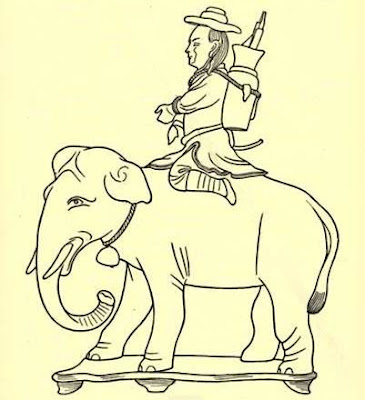 Illustration of a Chinese bronze elephant statuette from Laufer's leaflet

Today, conversely, the name Elephas maximus rubridens is generally listed merely as a synonym of Elephas maximus indicus, the Indian elephant. So except for the museum's statuette, it is as if the pink-tusked pachyderms with ebony hides never existed – unless somewhere, hidden away amid the vast collections of some museum or even as artefacts in some personal collection, there may still be a few surviving tusks or skins from this most unusual of elephants!

Many thanks to cryptozoological researcher Richard Muirhead and veteran chronicler of Sinian forteana Steve Moore for providing me with details regarding this previously-obscure, long-lost, creature. 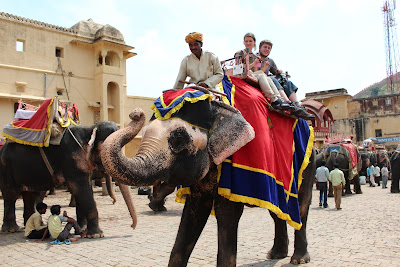 Some very dark (painted?) elephants at a mosque in the centre of a Mughal fort in Rajasthan (www.rajasthan-tour-travel.net)