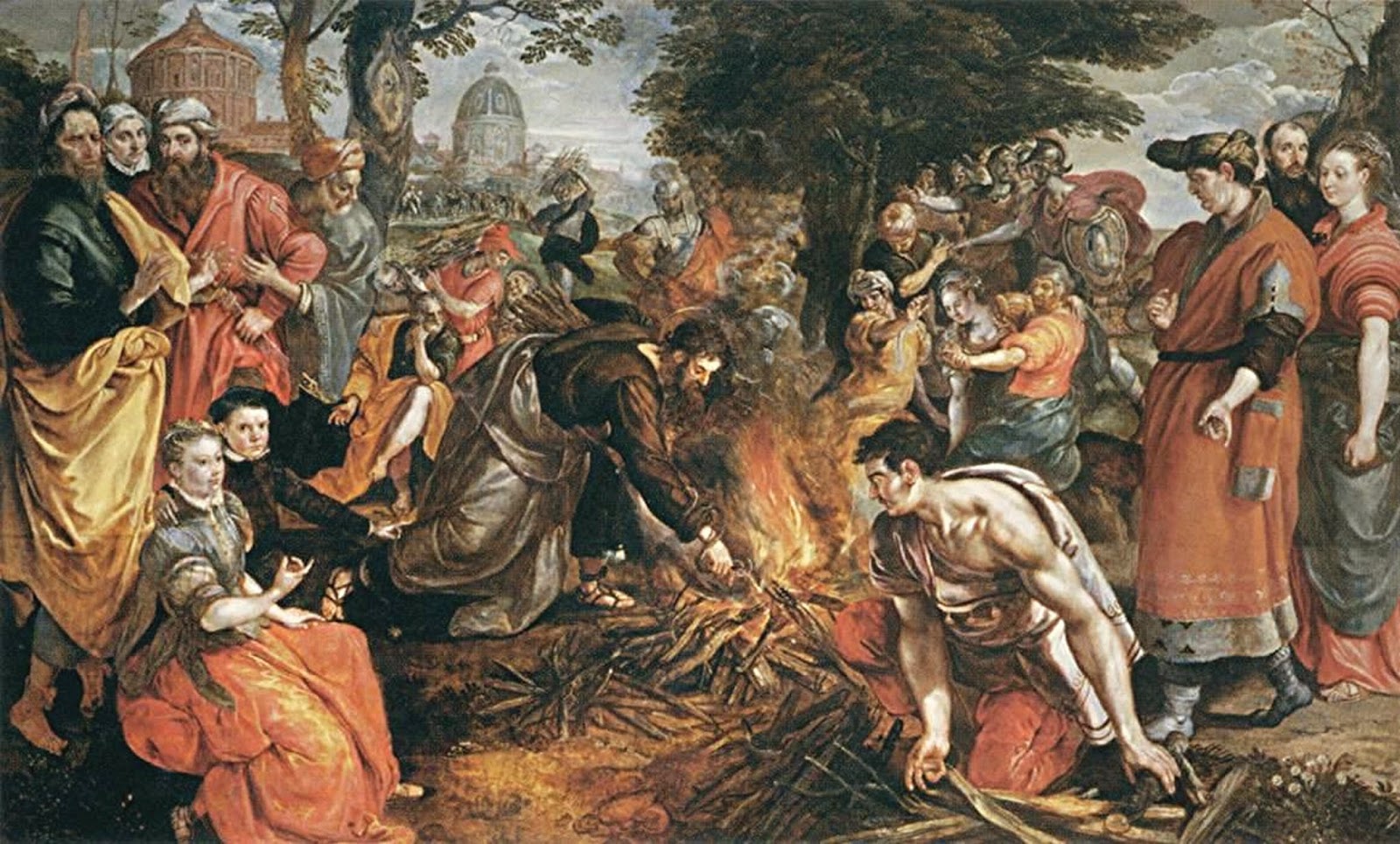 It is recorded in the Acts of the Apostles (28: 3-6) within the Bible's New Testament that when a ship transporting St Paul and other prisoners to Rome was shipwrecked on the island of Melita (known now as Malta), St Paul was bitten by a viper:

"And when Paul had gathered a bundle of sticks, and laid them on the fire, there came a viper out of the heat, and fastened on his hand.
And when the barbarians saw the venomous beast hang on his hand, they said among themselves, No doubt this man is a murderer, whom, though he hath escaped the sea, yet vengeance suffereth not to live.
And he shook off the beast into the fire, and felt no harm.
Howbeit they looked when he should have swollen, or fallen down dead suddenly: but after they had looked a great while, and saw no harm come to him, they changed their minds, and said that he was a god."

What makes this incident memorable not only from a theological but also from a herpetological standpoint is that there is no known species of viper living today on Malta. So how can St Paul's ophidian attacker be explained? 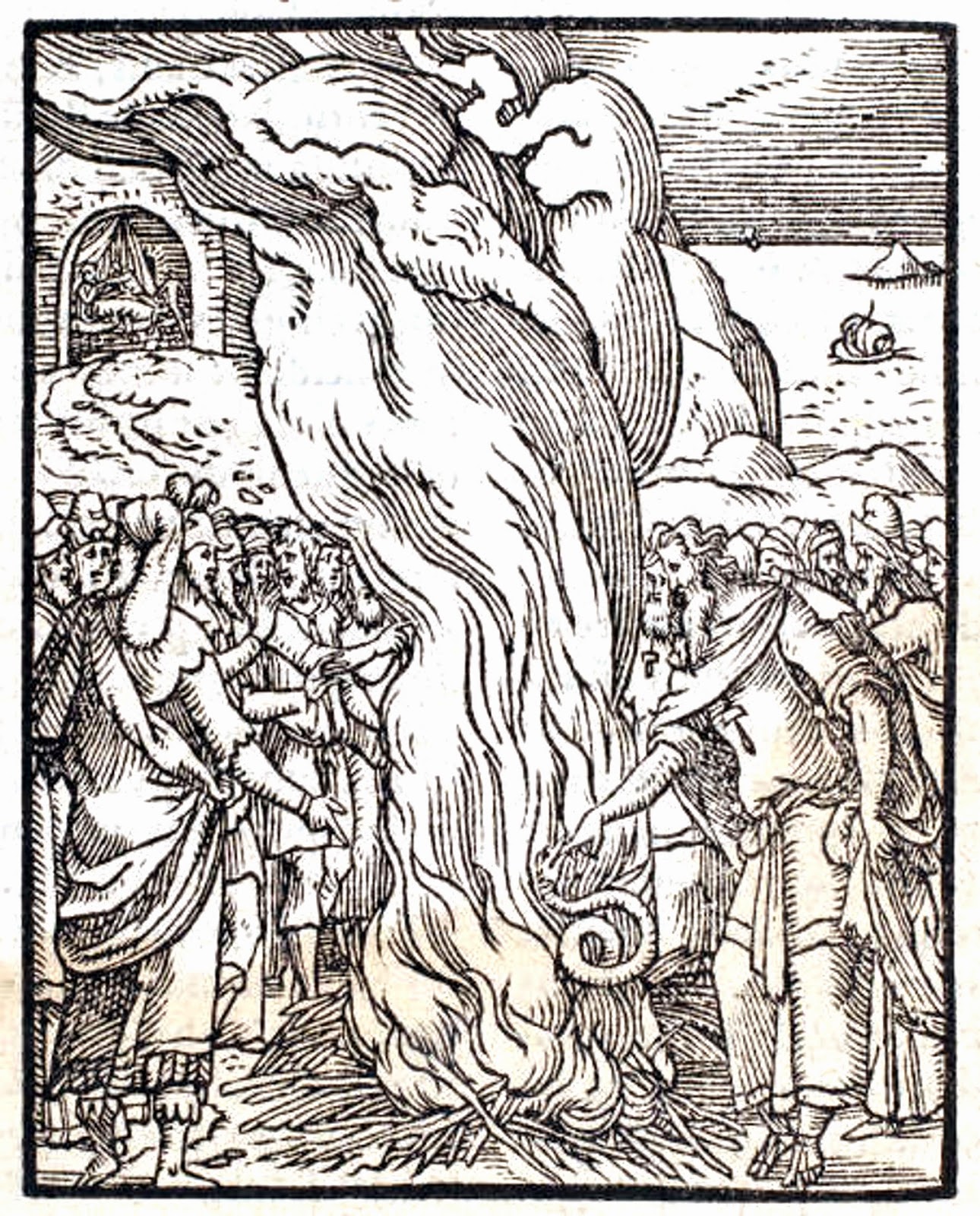 In their biblical commentary The Acts of the Apostles (1959), Charles W. Carter and Ralph Earle suggested that just because there are no vipers on Malta today does not necessarily mean that there were none in St Paul's day. Perhaps they died out due to the expanding human population here in later times. However, American cryptozoologist and scriptures scholar Chad Arment has pointed out that there is no physical evidence to confirm that vipers have ever existed on Malta. Nor does the viper family's zoogeographical distribution in this region of Europe provide much support for such a notion.

Consequently, Chad considers it more plausible that Malta's mystery 'viper' was in reality the cat snake Telescopus fallax - a species of venomous rear-fanged colubrid that usually measures up to 2.5 ft long and is native to Malta. As its mouth is too small for its fangs to be used effectively when biting humans (which it will sometimes do if handled), the cat snake is not deemed to be dangerous. However, in cases where a person is allergic to the proteins contained in its venom, anaphylaxia and various complications can occur if not treated rapidly. Bearing in mind that its preferred habitat includes dry stony areas overgrown with low shrubs in which it can climb, this fairly small, lithe snake could easily be picked up with a bundle of sticks (unlike any of Europe's larger, bulkier vipers). A Maltese specimen of the European cat snake (© Jeffrey Skiberras/Wikipedia)

Having said that, this particular line of speculation is taking as granted that the snake which bit St Paul was indeed venomous - but was it? Perhaps St Luke (author of the Acts of the Apostles) and/or the native Maltese islanders mistakenly assumed that it was, when in actual fact it was a harmless species. Certainly, in many parts of the world various non-venomous species of snake (and even lizards too) are erroneously deemed to be exceedingly venomous by their human neighbours.

Equally ambiguous is St Luke's description of St Paul's serpentine aggressor as fastening onto and then hanging from his hand. Might this mean that the snake did not actually bite St Paul's hand, but merely coiled around it, and that St Luke and the other observers only assumed that it had bitten him, when in fact it had not done so? Certainly there is no statement anywhere in the verses dealing with this incident in the Acts of the Apostles which claims that St Paul was miraculously cured of snakebite - only an assumption by St Luke and the others that he had been bitten. 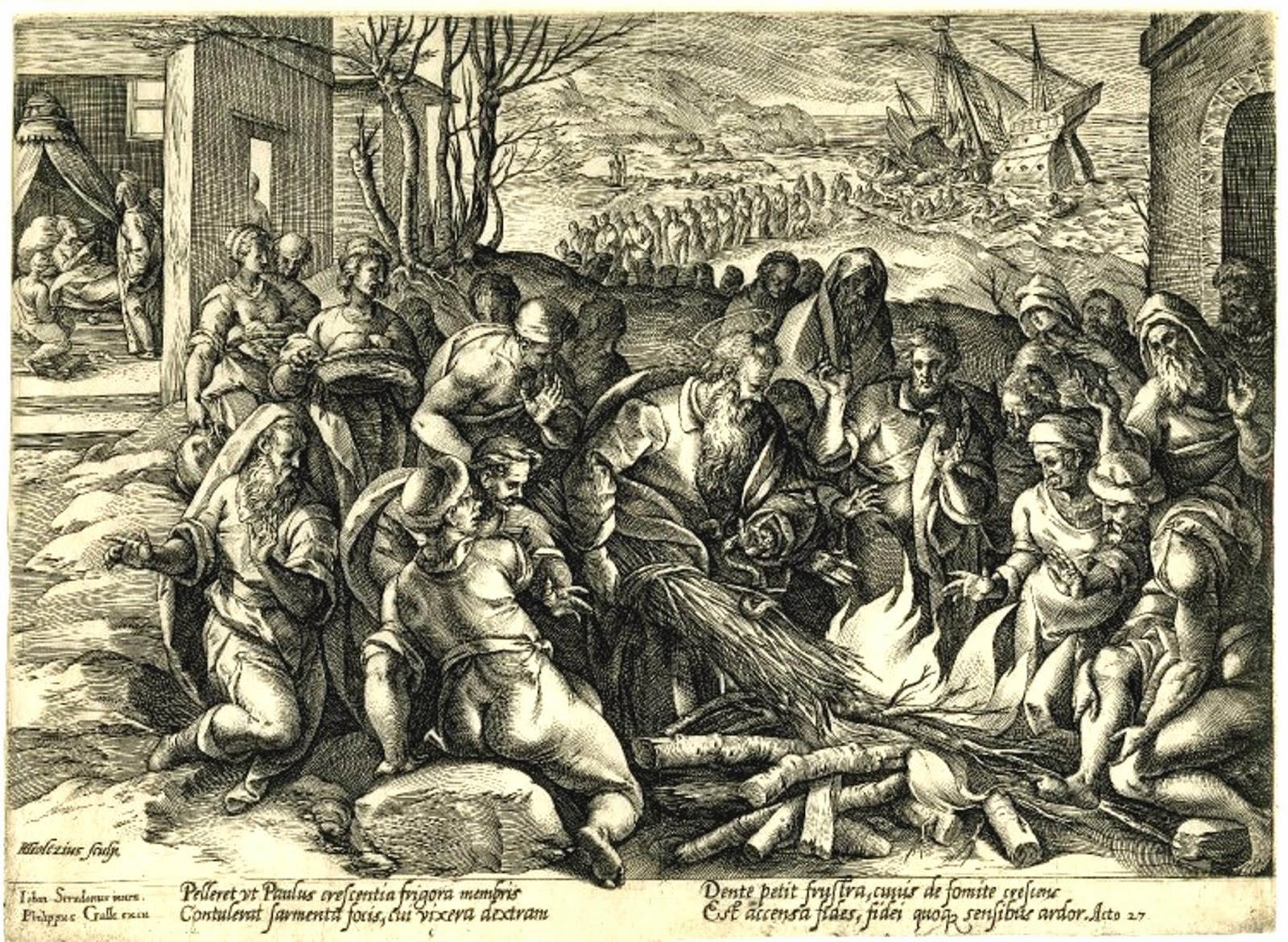 And so, as it has been for many centuries, the non-existent viper of Malta remains a herpetological as well as a biblical mystery – indeed, an enigma. Consequently, any thoughts or opinions concerning it from ShukerNature readers would as always be very greatly appreciated.

This ShukerNature post is adapted from my book Mysteries of Planet Earth. 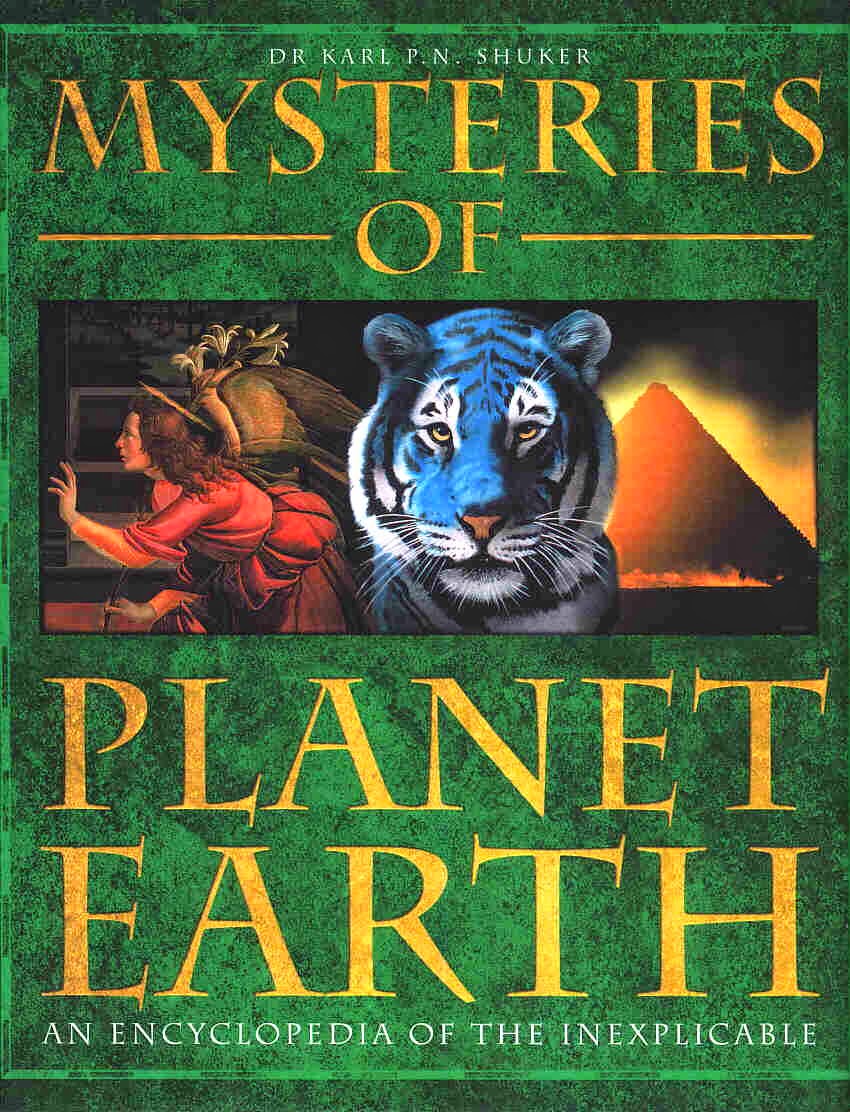