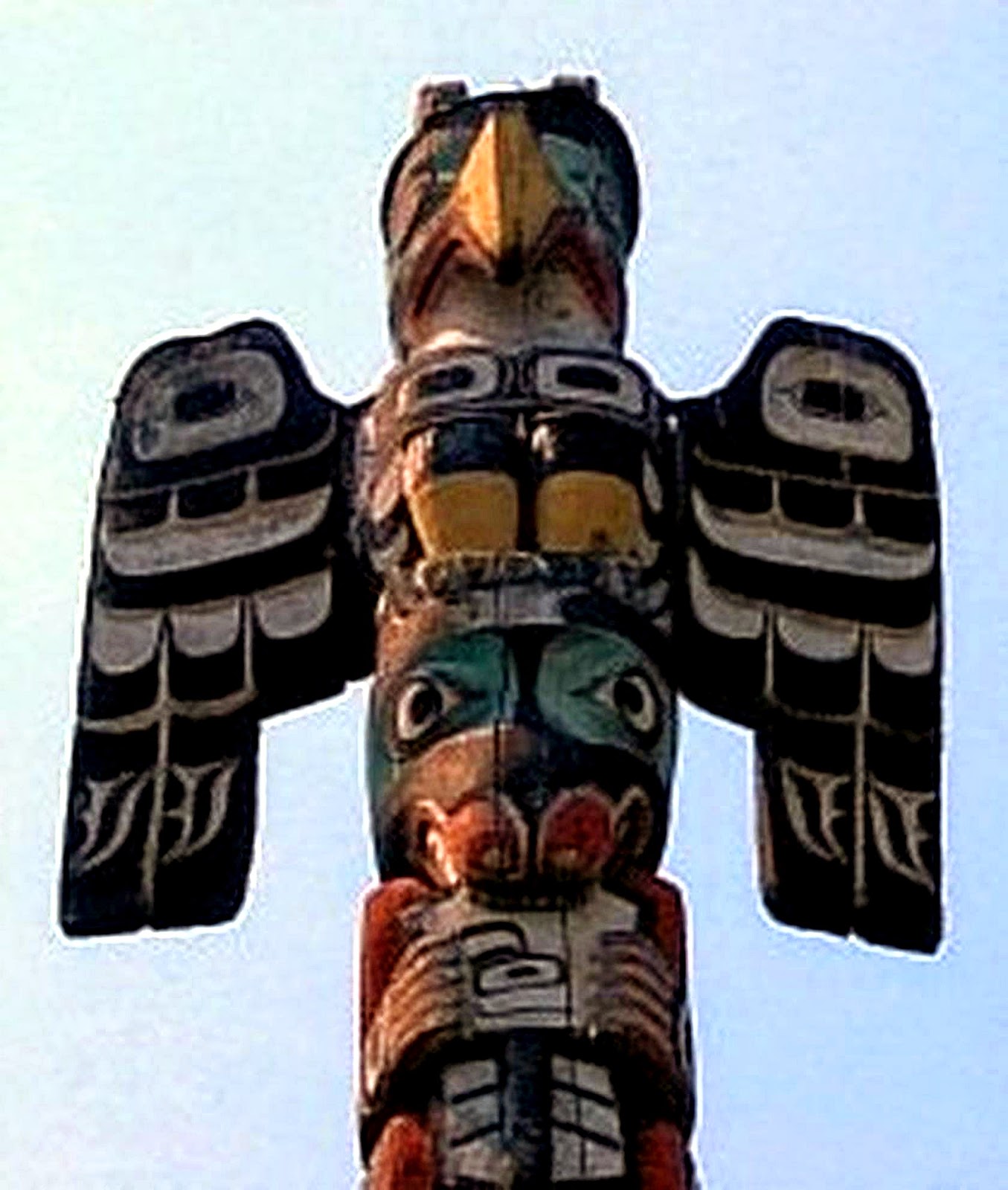 Cryptozoologists are familiar with the longstanding mystery of the missing thunderbird photograph (click here for my ShukerNature investigation of this curious case), but what about an alleged thunderbird feather?

Jameson stated that a Cherokee treasure hunter he once knew told him that while looking for a long-lost cache of Spanish silver in a Utah cave, he had dug up several huge feathers, each one over 18 in long and with a quill of comparable diameter to one of his fingers. Above the cave’s mouth, moreover, was an ancient pictograph of an enormous horned bird. Could this have been a piasa?

For anyone unfamiliar with the piasa, here is what I wrote about this extraordinary monster of North American mythology in my book Dragons in Zoology, Cryptozoology, and Culture (2013): 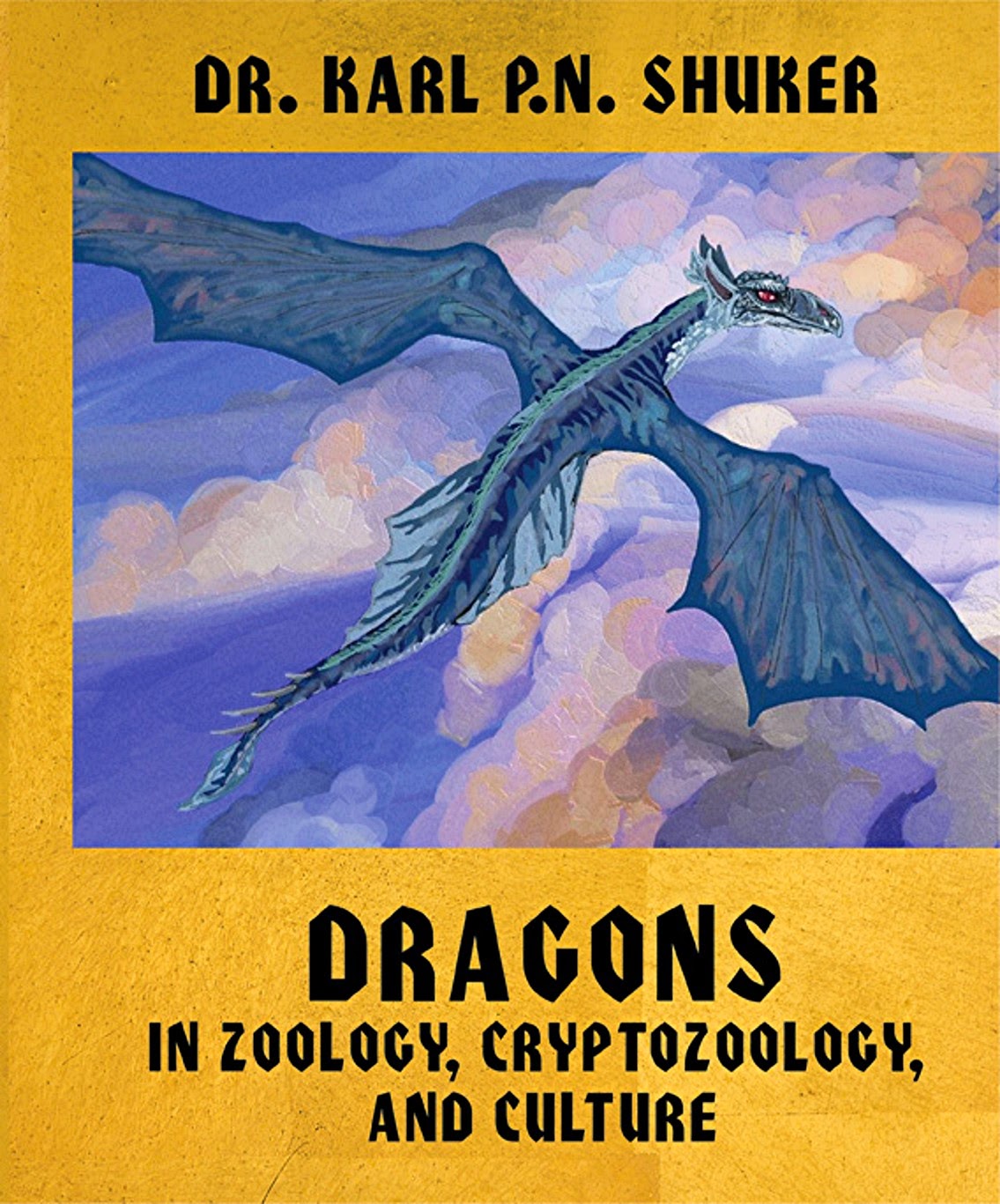 "In August 1673, Jesuit priest Father Jacques Marquette was travelling along the Mississippi while journeying through Illinois when, looking up at the cliffs towering above both sides of this mighty river at Alton, he was both horrified and fascinated by some huge, extraordinary petroglyphs carved into the face of one of the cliffs.

"They depicted a truly astonishing monster, which the local Indians informed him was known as the piasa. In overall appearance, it closely compared with the famous winged classical dragon of European mythology. Boldly adorned in black and red scales all over its body, the piasa had four limbs whose feet were equipped with huge talons. It bore a pair of long antler-like horns upon its head, it sported an extremely long tail with a forked tip, and two enormous bat-like wings with vein-like markings were raised above its body. But what set the piasa entirely apart from other classical dragons was its bearded face – for in spite of its snarling grimace of fang-bearing teeth, broad nose, and flaming eyes, it was nonetheless the face of a man!

"According to the Indians, the piasa had lived in a huge cave in the cliff face and was once friendly to humans – until it acquired the taste for their flesh. Afterwards, it became a bloodthirsty, insatiable killer, but was finally lured within range of the tribe's best marksmen, who severely wounded it with a barrage of arrows, then finished it off with their tomahawks.

"Tragically, in c.1856 these wonderful ancient petroglyphs were destroyed accidentally during some quarry work nearby, which caused the petroglyphs to crack and shatter, falling off the cliff face into the river." 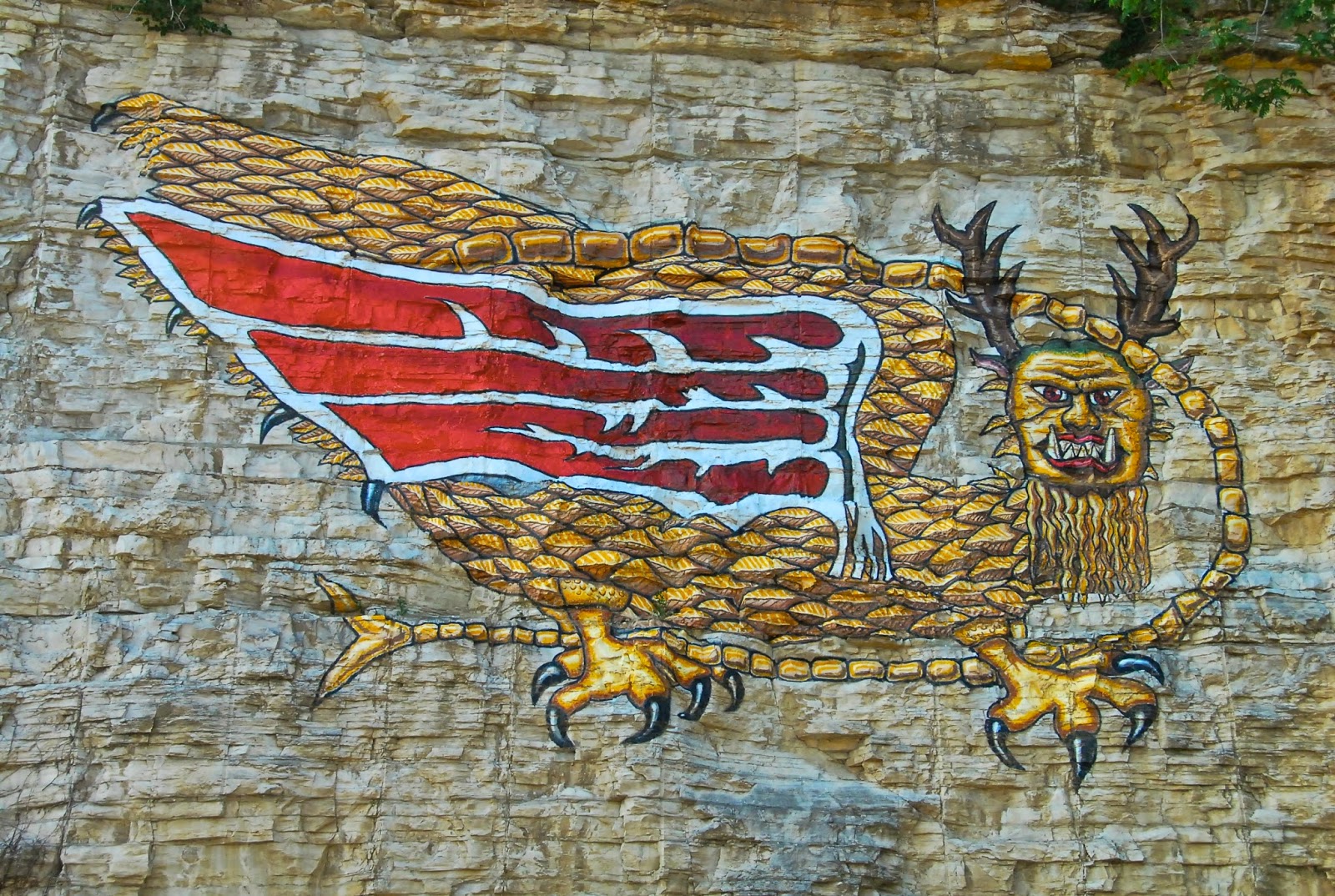 Returning to the thunderbird feathers: Jameson has also claimed that he actually owns the stem (i.e. quill) of one of these remarkable mega-plumes, albeit broken and incomplete, thus 'only' measuring 18 in long, and that its species had not been positively identified by any of the several (unnamed) ornithologists who had seen it. Click here to see an online photograph of Jameson's alleged thunderbird feather quill on Mark Turner's Mysterious World blog.

Assuming that Jameson’s story is accurate, could this giant feather be a bona fide thunderbird plume? Tangible, physical evidence for cryptids is, by definition, a rare commodity, so such a specimen could be of great scientific worth, thanks to the considerable power of modern-day DNA analysis in ascertaining taxonomic identity or kinship.

For by subjecting the feather to such analysis (using samples of dried blood if present at its base, or viable cells collected from the calimus - the portion of the quill that had previously been imbedded underneath the bird’s skin), biotechnologists might succeed where the ornithologists have reputedly failed, and duly unveil the hitherto-cryptic nature of its avian originator. 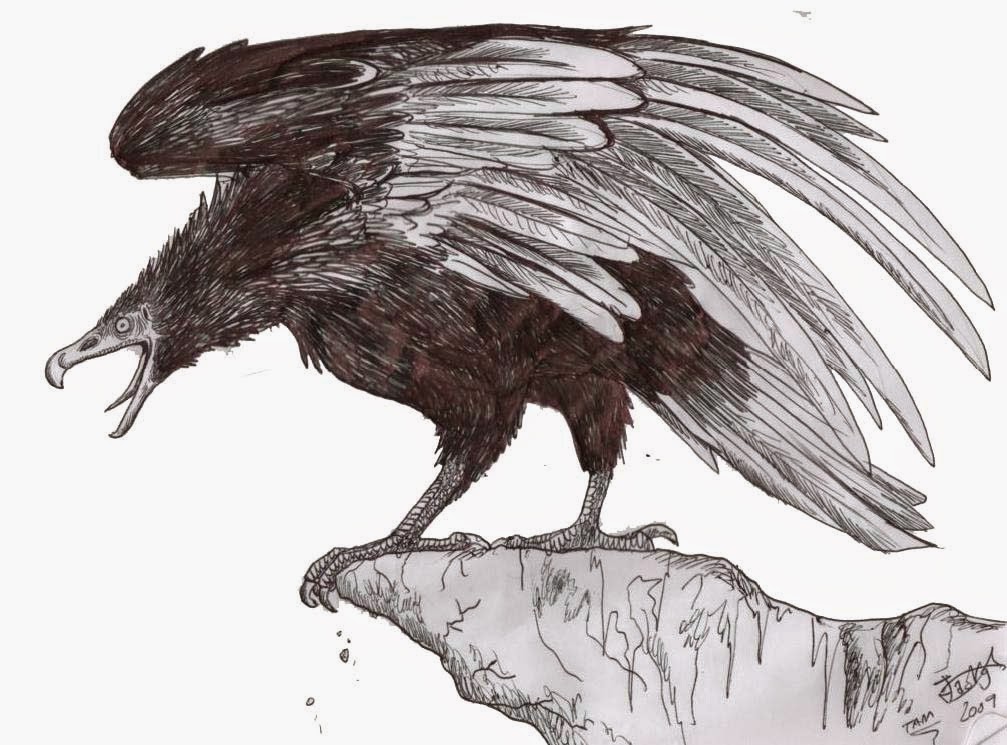 Sporting a colossal wingspan estimated at 23-24 ft, the giant Argentinian teratorn Argentavis magnificens; teratorns were huge prehistoric relatives of today's New World vultures, and some cryptozoologists believe that the thunderbirds of Amerindian mythology may be based upon late-surviving or even still-undiscovered present-day North American teratorns (© Justin Case aka Hodari Nundu/Deviantart.com)

Let us hope, therefore, that someone will be able to persuade Jameson to submit his giant mystery feather for formal DNA testing - always assuming of course that it really is a feather...

After all: during medieval times, crusaders returning home to Europe from the Middle East often brought back with them as unusual souvenirs what they had been told by unscrupulous traders were feathers from an immense fabled bird known as the roc or rukh – said to be so enormous that it could carry off elephants in its huge talons. Even its plumes were gigantic, up to 3 ft long. In reality, however, when examined by naturalists these were swiftly exposed as the deceptively feather-like leaves of the raffia palm tree (for further details, click here). 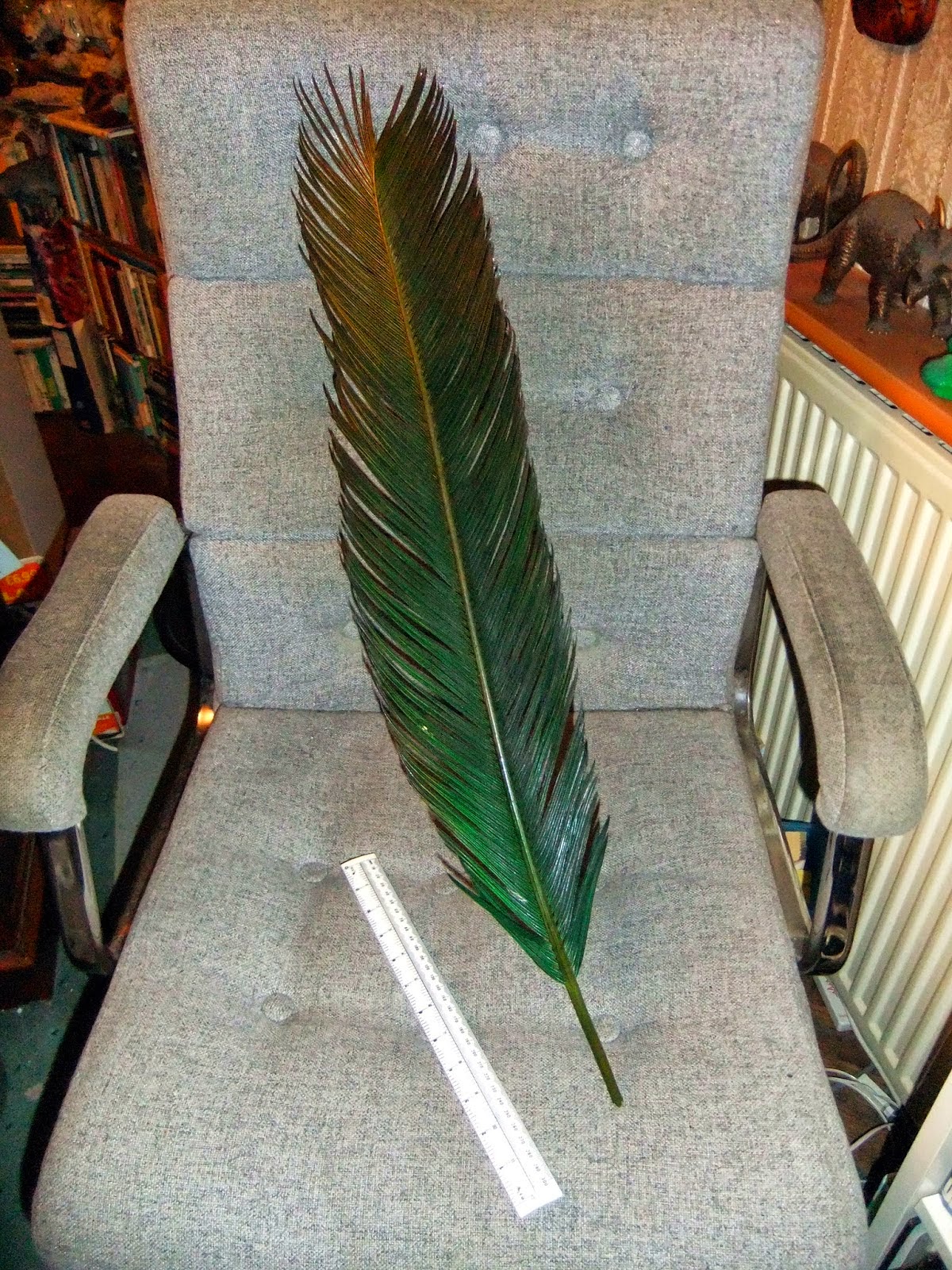