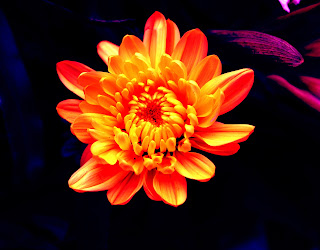 A still-unexplained yet little-known wildlife-related phenomenon is the extraordinary occurrence, discussed by several naturalists during the 19th Century, of sparks and flame-like flashes of light unexpectedly emitted by certain plants. Those most commonly associated with this bizarre enigma are species such as marigolds and geraniums, which possess red, orange, or yellow flowers. 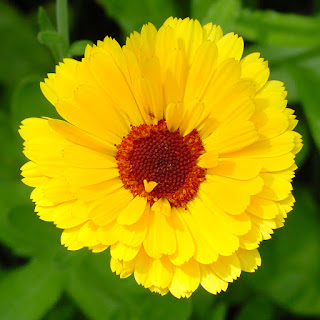 In 1843, the following account of an observation with common marigolds, penned by Richard Dowden, appeared in Part 2 of that year's Report of the British Association:

This circumstance was noticed on the 4th of August, 1842, at eight p.m., after a week of very dry warm weather; four persons observed the phaenomenon [sic]; by shading off the declining daylight, a gold-coloured lambent light appeared to play from petal to petal of the flower, so as to make a more or less interrupted corona round its disk. It seemed as if this emanation grew less vivid as the light declined; it was not examined in darkness, which omission will be supplied on a future occasion. It may be here added, in the view to facilitate any other observer who may give attention to this phaenomenon, that the double marigold is the best flower to experiment on, as the single flower "goeth to sleep with the sun," and has not the disk exposed for investigation. 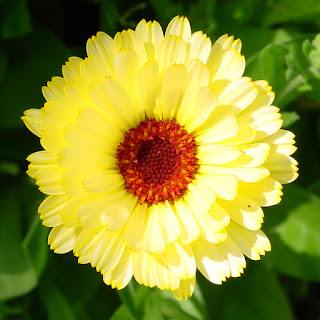 In 1882, Scientific American published a short note on this same subject by Louis Crie:

In living vegetables emissions of light have been observed in a dozen phaenogamous plants and in some fifteen cryptogamous ones. The phosphorescence of the flowers of Pyrethrum [Chrysanthemum] inodorum, Polyanthes [sic - Polianthes] (tuberose), and the Pandani has been known for a long time. Haggren and Crome were the first to discover such luminous emanations from the Indian cross and marigold, and a few years ago I myself was permitted to observe, during a summer storm, a phosphorescent light emitted from the flowers of a nasturtium (Tropoeolum [sic - Tropaeolum] majus) cultivated in a garden at Sarthe.

Several reports concerning light-emitting flowers appeared during the 1880s in the English periodical Knowledge. These revealed that one early eyewitness had been none other than the daughter of Carolus Linnaeus, the father of modern botanical and zoological classification, who witnessed this phenomenon while gazing at some garden flowers one summer twilight in 1762. 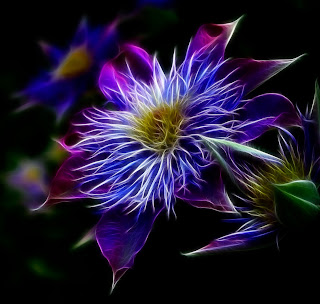 A later eyewitness, a Mr S. Ingham, reported his sighting in Knowledge in 1883:

A short time ago, I was picking out some annuals on a flower-bed, on which some geraniums were already planted, when I was surprised to see flashes of light coming from a truss of geranium flowers. At first I thought it was imagination, but my wife and a friend who were present also saw them. Time was about 9 p.m., and the atmosphere clear. There were other geraniums of a different colour on the same bed, but there was no effect on them. The particular geranium was a Tom Thumb. Is this at all common? I have never seen or read of it before. 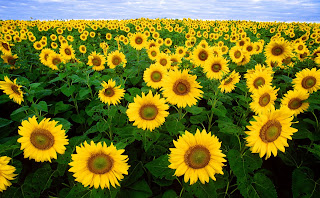 A field of light-emitting sunflowers would be a spectacular if inexplicable sight, and yet such flowers have indeed been claimed to possess this incredible ability (public domain)

In fact, eleven years earlier a tome published by Simpkin, Marshall, & Co, entitled Lessons in Physical Science, had included the following comments regarding this curious matter:

To the same source - electricity - we probably owe the light which, at certain seasons, and at certain times of the day, issues from a number of yellow or orange-coloured flowers, such as the marigold, the sunflower, and the orange-lily...similar phenomena have been witnessed by several naturalists. Flashes, more or less brilliant, have been seen to dart in rapid succession from the same flower. At other times the tiny flame-jets have followed one another at intervals of several minutes. 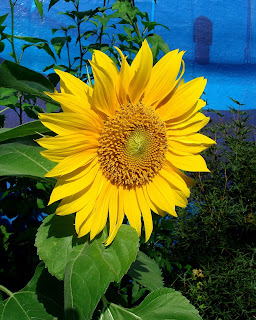 Flowers releasing visible discharges of electricity is undeniably a somewhat dramatic concept. A less radical alternative, perhaps, is that this curious optical effect may be caused by the reflection of sunlight by petals of certain colours acting as miniature mirrors (thus explaining why the effect lessens as daylight declines).

Whatever the answer, however, it is certainly true today that light-emitting flowers have become one of the forgotten phenomena of botany, ignored - if indeed even known about - by contemporary researchers. Yet they were once known, and witnessed, by naturalists. 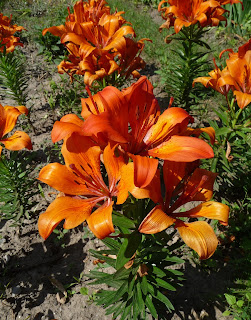 Surely, therefore, it is time for a new generation to rediscover these excluded enigmas, and extract their long-hidden secrets. After all, as succinctly pointed out by the late, much-missed fortean writer Mark Chorvinsky regarding this mystifying subject: "There are a lot of marigolds and geraniums out there".

So if anyone reading this ShukerNature blog article has ever witnessed light-emitting flowers, I'd be very interested to receive details if you'd like to post them here. 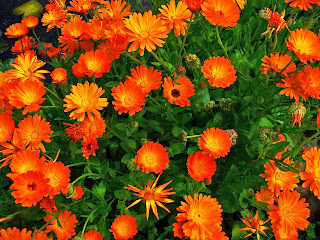 This ShukerNature blog article was excerpted from my book Mysteries of Planet Earth. 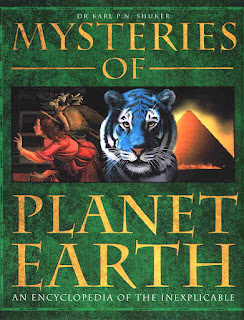