CENTROPSAR AND SCLATER - THE CAUTIONARY TALE OF A NON-EXISTENT BIRD 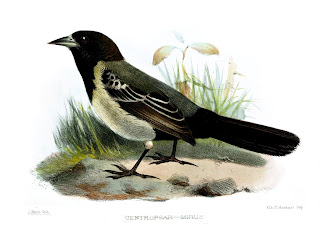 A hand-coloured lithograph from the Proceedings of the Zoological Society of London for 3 March 1874 by Joseph Smit, depicting the likely appearance in life of Centropsar mirus – if it had ever existed, that is… (public domain)

During the Victorian era in Britain, Dr Philip Lutley Sclater FRS (1829-1913) was one of the great and the good within the zoological community, having described countless new species (especially birds), and serving for no fewer than 42 years (1860-1902) as Secretary of the pre-eminent Zoological Society of London (ZSL). Yet not even the great and the good are immune from error or misjudgment on occasion, and Sclater was no exception to this merciless rule – as a pretty little bird from Mexico would emphatically demonstrate in 1874.

That was the year when Sclater officially described and named a new species (and genus) of very distinctive passerine (perching bird) on pp. 175-176 in the 3 March issue of the ZSL's Proceedings. He dubbed it Centropsar mirus, and, as was the custom back in those days, listed its diagnostic morphological characteristics in Latin. His account was accompanied by a b/w sketch of the bird's head, wing, and foot (see below), plus the beautiful full-colour plate that opens this present ShukerNature blog article, which had been produced by renowned Dutch zoological artist Joseph Smit and depicted the likely appearance in life of this eye-catching avian novelty. 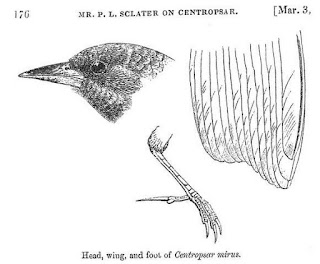 The b/w sketch of the head, wing, and foot of C. mirus that was included within Sclater's formal scientific description and naming of this ostensibly new species (public domain)

It had been brought to Sclater's attention by much-travelled English ornithologist and zoological specimen collector Edward Bartlett, who had obtained a large collection of bird skins whose species had variously originated from western Mexico and Australia. Based upon the structure of its beak (slender, elongated, tapering to a point) and the specific nature of its short, rounded wings' remiges or flight feathers (the third, fourth, and fifth of its primaries being the longest), Sclater readily recognized that the skin designated by him as the type (and only known) specimen of C. mirus was from an icterid.

Icterids constitute a morphologically diverse taxonomic family of birds wholly endemic to the New World, and include such familiar American species as the bobolink, meadowlarks, red-winged and yellow-headed blackbirds, grackles, cowbirds, Baltimore and other orioles, troupial, and oropendolas (despite their common names, these meadowlarks, blackbirds, and orioles are unrelated to their respective Old World namesakes). Consequently, this meant that the C. mirus specimen must have originated in western Mexico, because there are no icterids of any kind in Australia. 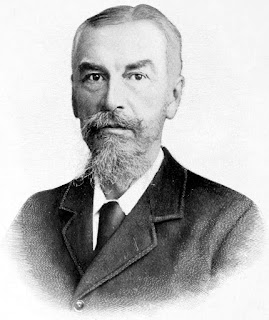 Yet although this intriguing bird appeared to be an icterid, when its above-described icterid features were added to its small, weak, slender feet, straight elongated hind claw on each foot, and stiffened retrices (tail feathers) with attrite tips, these characteristics collectively differentiated it from all known icterid genera. This is why Sclater created a brand-new one in order to accommodate it. It is also why he chose mirus – 'wonder' – as its species name, to signify how surprised he had been by this bemusing little bird's unheralded combination of features. So far, so good – until, that is, the newly-described Centropsar mirus came by virtue of Sclater's PZSL account to the attention of a certain Dr Jean Cabanis (1816-1906), who was arguably Germany's foremost ornithological expert at that time.

In 1853, Cabanis had personally founded one of the scientific world's most prestigious periodicals devoted to birds, the Journal für Ornithologie, which he also edited for the next 41 years. Consequently, in 1874, published within Vol. 22, pp. 457-458, of his journal as a succinct but very revealing response to Sclater's earlier pronouncement in the PZSL, Cabanis presented his own opinion regarding Centropsar. Although couched in studiously polite terms, his cloaked comments made uncomfortable reading, especially for Sclater. 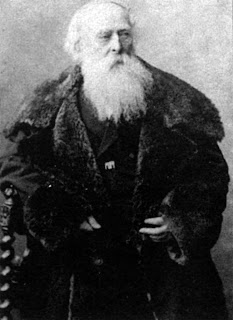 Translating from the German, Cabanis's non-technical remarks were a triumph of silky suspicion:

Dr. Sclater has chosen the species name mirus very aptly; that the bird which arouses the most lively interest is in fact "wonderful" and difficult to reconcile with our concepts of "natural" systematics. If it were not brought to science by such an eminently experienced ornithologist as Dr Sclater, one would be entitled to regard it as an artefact. From the description and the illustrations, however, no final judgment could be made, since an error could possibly also have been made.

Cabanis then considered the technical minutiae of its morphology, which evidently and understandably perplexed him, because Centropsar uniquely embodied characteristics drawn from two entirely separate taxonomic groups of bird. Clearly something was drastically amiss here, and Cabanis knew it. Yet as he had not examined this bird personally, he felt unable to say more, but his doubts had been clearly expressed for all to see. He ended his comments with a final, singularly prophetic one: "Surely the wonderful Centropsar will get its natural solution". 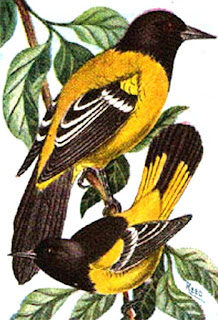 A pair of adult Audubon's orioles – belonging to the New World icterid family, and therefore unrelated to the Old World orioles (public domain)

It will come as no surprise to learn that once Sclater had read Cabanis's ill-concealed challenge to his identification of the unique, taxonomically impossible Centropsar specimen, he lost no time in re-examining it, but now in much closer detail, only to uncover the awful if inevitable truth. To his credit, however, Sclater put on a brave face and confessed all at a meeting of the Zoological Society of London shortly afterwards, with his mea culpa duly documented in the 1 June 1874 issue of the PZSL:

"My suspicions having been awakened as to this specimen by information received from Mr. E. Bartlett and by the criticisms of Dr. Cabanis ('Journ. für Orn.' vol. xxii, 1874, p. 458 [although Cabanis's comments actually began on p. 457]), I have made a thorough reexamination of it.

"The result arrived at is that the supposed novelty is undoubtedly composed of parts of three other birds. The head, wings, and body are those of a female or immature Icterus, possibly I. auduboni [Audubon's oriole, nowadays reclassified as a subspecies of the black-headed oriole I. graduacauda], though I have no specimen quite agreeing with it. To this have been added the worn tail of an Agelaeus gubernator [nowadays reclassified as Agelaius phoeniceus gubernator] or A. phoeniceus [the red-winged blackbird], and the legs of an Otocorys [nowadays renamed Eremophila, consisting of two species of Old World horned lark].

"Centropsar mirus may therefore be removed from the ornithological category. Mr. E. Bartlett tells me that there were other fictitious specimens in the same collection."

"Now he tells me!" may well have been the unspoken thought running through Sclater's mind when he uttered that last confessional comment at the ZSL meeting! 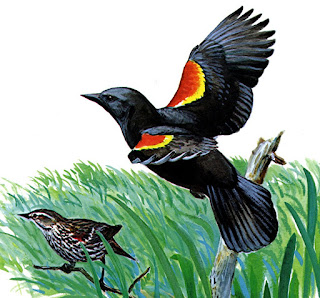 A red-winged blackbird, belonging to the New World icterid family, and therefore unrelated to the Old World blackbirds (public domain)

So, the wonderful Centropsar had been unmasked not as a wonder at all, but merely as a heterogeneous humbug. It was a feathered Frankensteinian creation subtly stitched together with body parts from two different species of New World icterid plus an alaudid or true lark, i.e. collectively representing two entirely separate taxonomic families!

Yet to be fair, this composite skin must have been prepared with no small amount of skill in order for it to have fooled, at least on first sight, even as immensely experienced an ornithologist as Sclater, so we shouldn't be too hard upon him. He wasn't the first to have been tricked by a fine-feathered fraud, and he certainly won't be the last! 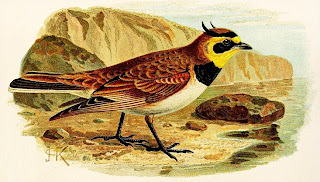 Painted in 1891 by another acclaimed Dutch bird artist John G. Keulemans, and native to much of the northern hemisphere, this is a horned (shore) lark – a species of alaudid or true lark, and therefore unrelated to the icterids (public domain)
Posted by Dr Karl Shuker at 14:02